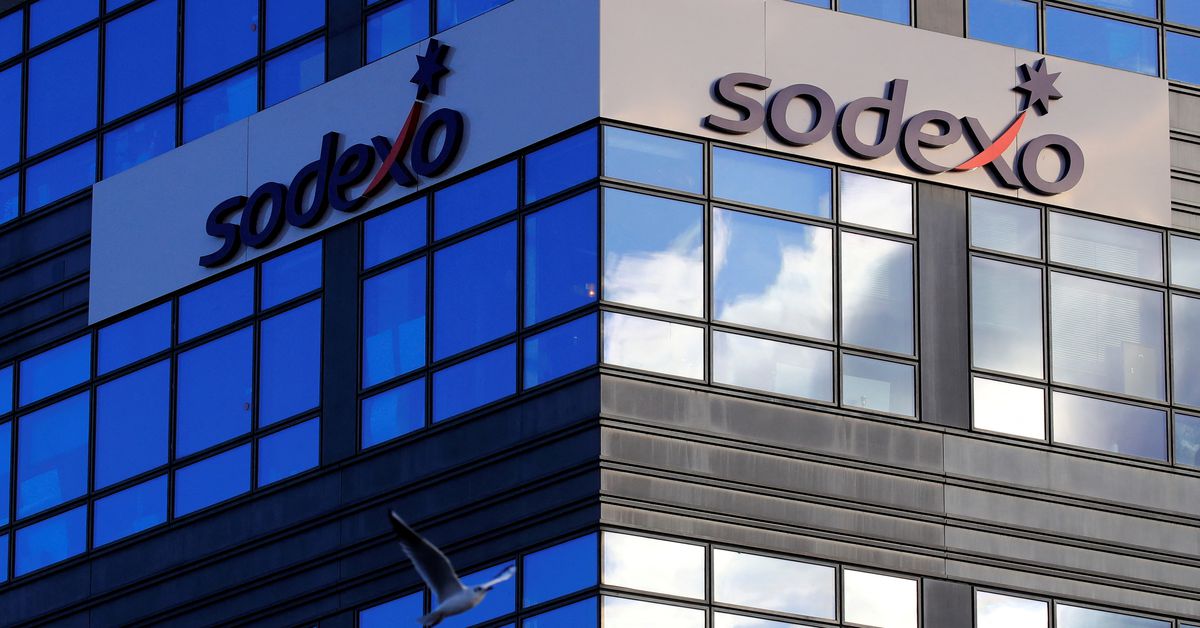 The logo of French food services and facilities management group Sodexo is seen at the company headquarters in Issy-les-Moulineaux near Paris, France, November 30, 2018. REUTERS/Gonzalo Fuentes/

According to the report, Sodexo had approached other private equity firms including Bain Capital and Silver Lake, but these had considered the price too high and walked away from the deal.

Analysts at Morgan Stanley and AlphaValue found the 4 billion-euro valuation in line with estimates, but Morningstar’s Michael Field said he doubted a deal would come through after the company apparently moved to consolidate control and named the founder’s daughter, Sophie Bellon, its new CEO.

“Given this, it would be strange for them to then give up some control of their most profitable business to a UK private equity firm,” he said.

Les Echos said the deal would result in CVC taking a stake in the business, providing Sodexo, whose shares have lost 16% of their value since mid-February, with needed cash.

Sodexo’s Benefits & Rewards Services unit, which supplies employee meal passes and vouchers, had over the six months that ended Feb. 28 brought in around 4% of sales, but a fifth of its core profits.

Sodexo had earlier this month cut its guidance citing impact from the coronavirus pandemic and the war in Ukraine, which prompted it to cut off investments in Russia. It said it had already sold off the division’s Russian operations.

Work-from-home and event closures during the peak of the pandemic forced caterers to adapt their digital offerings, but Sodexo has also been hit by an earlier-than-expected termination of contracts with COVID-19 testing centres in the United Kingdom. read more