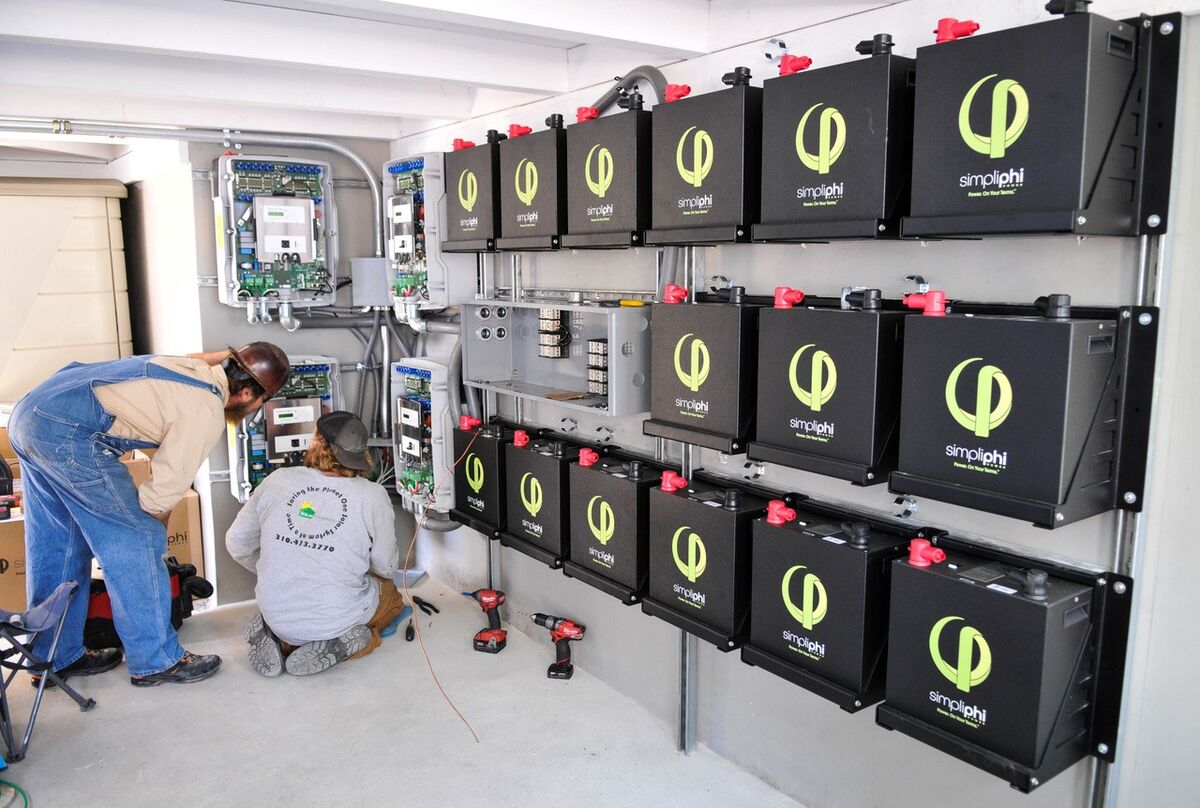 Back in December, during a scenario planning meeting for battery manufacturer SimpliPhi Power, one of the company’s board members suggested a global pandemic might torpedo the economy. SimpliPhi CEO Catherine Von Burg remembers rolling her eyes at the suggestion. “I couldn’t imagine, certainly not the U.S., being brought to its knees because of the pandemic,” she says.

Fast forward nearly 8 months, and Oxnard, Calif.,-based SimpliPhi has weathered the economic slowdown so well that sales of its power storage systems are up roughly 30 percent over last year, and the company hasn’t cut salaries; in fact, it had to hire eight more employees. (Bloomberg Businessweek profiled the private venture in November, when it was on track to exceed $20 million in revenue.)

Von Burg credits scenario planning for the company’s resilience. The process “forces you to think about these very unlikely scenarios. You don’t have to believe them. You just have to figure out a way to survive or thrive in them,” she says. To prepare SimpliPhi for a possible pandemic, she increased reserves and stockpiled materials. The exercise “is absolutely not about predicting the future. It’s about testing your overall business strategy in different scenarios,” says SimpliPhi board member Hunter Lovins.

Below, Lovins and Von Burg share advice on using the scenario planning process in your own business.

1. Be aware of your bubble. “Most companies operate as if they were living in a mylar balloon: everywhere they look they see themselves,” says Lovins. Their regular planning assumes that the future is fairly predictable. Scenario planning is quite different because it “recognizes that we really have no clue about the big events that will change everything,” she says. It’s a strategy tool meant to challenge your (and your employees’) conventional assumptions and instead imagine plausible but different scenarios that could transform your business. You want to base these scenarios on the social, technological, economic, environmental, and social forces that are shaping the world. Martians landing probably isn’t something to worry about; a pandemic is.

2. Embrace uncertainty. Royal Dutch Shell started using the tool decades ago to “break the habit, ingrained in most corporate planning, of assuming that the future will look much like the present,” former Shell executives explain in this Harvard Business Review article. The big idea is to make your business more resilient by testing strategies in advance that can handle multiple futures. Scenario planning can work for any size business in any industry, says Lovins, who teaches it at Bard College’s MBA in Sustainability program. If you run a small company, you can spend as little as half a day doing it but you should probably allot at least a full day the first time. It’s supposed to be fun and engage employees.

3. Find a scenario-planning guide. “It really helps to have someone lead a company through this and make it come alive,” says SimpliPhi’s Von Burg, who wasn’t aware of the tool until Lovins suggested the company try it. Lovins acted as a facilitator for the company, preparing a PowerPoint explaining the process that she shared in advance, visiting the company’s California factory briefly, and walking all the participants through the exercise. Once a few employees understand how to do it, they can lead their company through it themselves, she says. Lovins and other consultants are available for hire.

4. Be inclusive. The process works best when a diverse group participates. Assembly line workers, engineers, salespeople, executives, and board members all have different backgrounds and experiences that collectively provide a fuller picture of the forces shaping the world, says Von Burg. For example, SimpliPhi’s shipping staff learned the hard way that transporting a 40-foot container of the company’s batteries to Nigeria could take three months during a trade war instead of one. “They’re aware in a very practical way of the geopolitical forces that created delays,” says Von Burg. .

5. Be mindful of your company’s context. When asking participants to hypothesize future scenarios that could dramatically affect business, remind them to keep your specific business in mind. A battery maker in Silicon Valley that sells domestically and overseas (like SimpliPhi) will come up with different scenarios than a furniture maker in the Hudson Valley that supplies U.S. restaurants. “The process hinges on picking scenarios that are uncertain and critical to your business,” says Lovins. You’re going to get a lot of answers. Write them down. “There’s going to be a range of voices and perspectives but that is exactly the point,” says Von Burg.

6. Distill your brainstorming. Put all the possibilities in one place, like a white board. “Over the process of debate, discussion, exchange, the team has to pick two critical uncertainties that could create great benefit or great challenge for the company,” says Von Burg. Plot each on two axes to create one matrix with four quadrants that each have one scenario in them. At one end of one axis could be economic growth; at the other end, economic collapse. The second axis could be centralized government-decentralized government.

7. Assess your strategy for each scenario. “Now you step back and you look at these four separate equally plausible mutually inconsistent futures,” says Lovins. “It doesn’t matter whether you like them or not or believe they’ll happen. What you care about is, is your strategy robust against all sorts of surprises?” Evaluate whether your current business strategy will enable you to survive and thrive in each scenario. If you’re confident it will, you can figure out where to put your time and money.

8. Monitor. Assign someone to familiarize themselves with the four scenarios and monitor the news for what’s happening, suggests Lovins. They should ask: Are we heading more for scenario one or scenario three? What are the implications for the company? Perhaps your company’s strategy for one scenario doesn’t work as well for another scenario that is becoming reality. If you find that things are going in a direction you never envisioned, you repeat the exercise, paying more attention to what drives the scenarios, says Lovins. It’s an ongoing process.

9. Don’t expect miracles. The guidance that comes from scenario planning might be less useful for your company than it was for SimpliPhi. Your company may be so predictable you don’t want to take half a day to go through this. You’d be missing out, though, on an enjoyable employee team-building exercise that surfaces assumptions that typically trip companies up, Lovins says. Bringing, say, manufacturing and shipping workers together with board members, “humanizes and makes connections that are critical for the company generally,” says Von Burg, who now uses the tool regularly. “People feel heard.”

For more on scenario planning, check out this webinar.