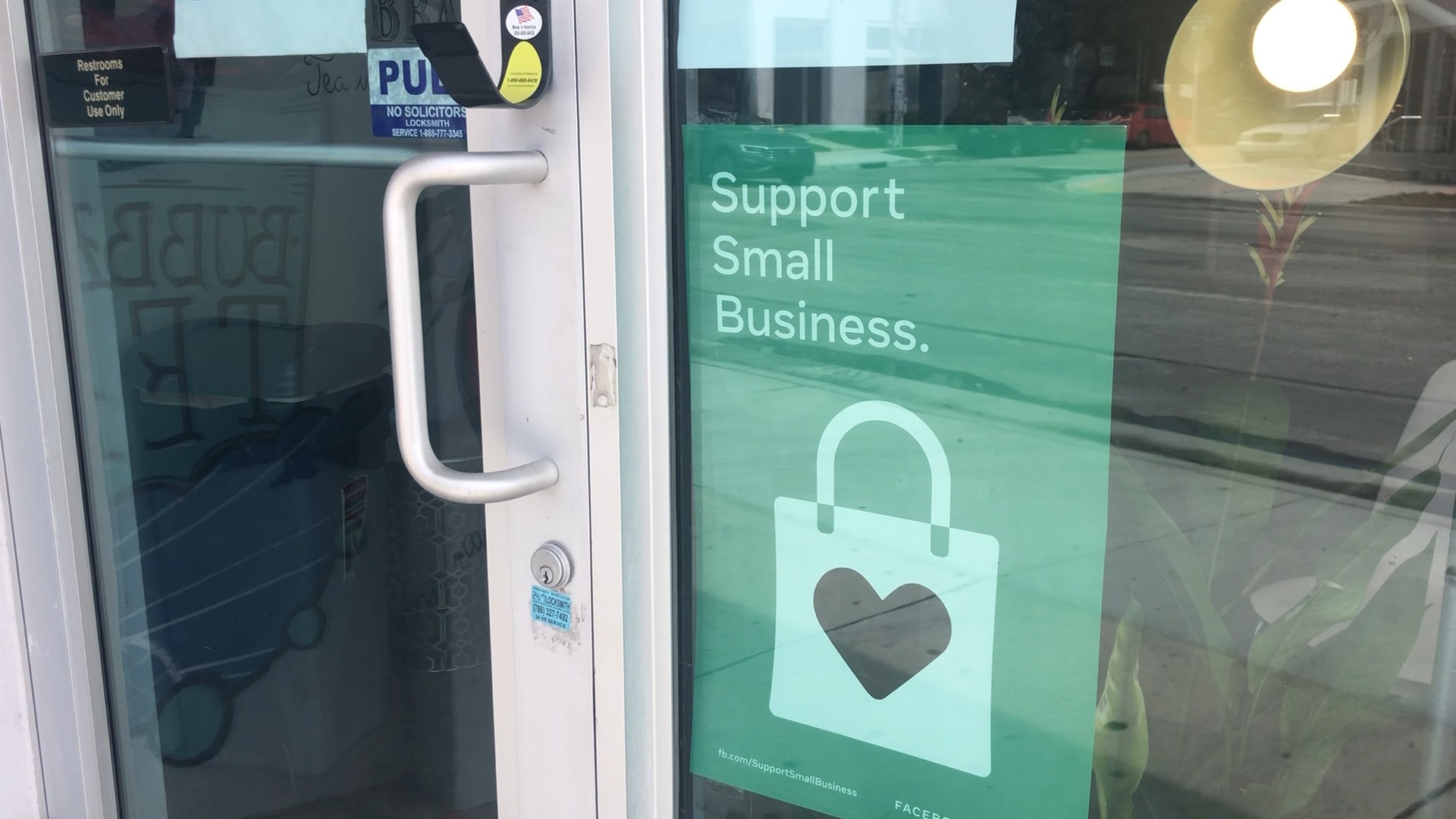 Small-business owners face an uncertain future ahead of 2020 election

Miami – MIAMI –– The COVID-19 economy has been tough for small business owners, a reality weighing strongly on them ahead of this year’s presidential election.

“There are a lot of people that are torn about opening faster and what’s a longer term, sustainable economic solution,” said Adam Gersten, the owner of Gramps, a signature restaurant in Miami. “I think if we look short-term, everyone wants to be open, especially the restaurant and bar industry. We’ve been close for so long and haven’t received relief.”

Gersten voted for Democratic presidential nominee Hillary Clinton in 2016, but said the tough economic circumstances wrought by the coronavirus pandemic have him undecided in next month’s presidential election.

“When you see the sort of Trump camp pushing that [opening], you say, ‘Well, gee, that kind of makes sense.’ We’ve been closed for so long, and what other choice do we have? That being said, as someone who started their business under the Obama administration … I expect more from a Biden administration in terms of the sustainability of the programs that are implemented,” Gersten said.

With the pandemic, many businesses are strapped for cash. Gersten is looking for more financial help and security, all things that will influence who he votes for this year.
(Elina Shirazi)

He added, “Our industry is split on who we are voting for. There are so many, especially in Miami, there are so many underlying factors in the way a business owner is thinking. If you have a particular political leaning, you may or may not choose to vote based on what’s actually best for your business.”

“I don’t think Congress has ever acted as quickly as they did when they first passed the CARES Act.  But now it’s coming to the end. Right so the PPP loans are pretty much coming to the end. It doesn’t look hopeful that the Congress is going to be able to pass another round of much needed aid before the presidential election for sure. So I think businesses are going to be out there in the lurch. A lot of employees were brought back, but now we’re starting to see an uptick in layoffs again. So I think a little bit more help is needed. And I’m hoping that the federal government will turn around quickly and get that aid to our businesses,” Sanchez said.

Sanchez said just one round of aid wasn’t enough.

“We have to do it again. I think we’re far from out of the woods. But again, I don’t want to keep sounding like it’s doom and gloom. It’s not. There will be a recovery. The question is, how many of us can we bring forward to the recovery? That’s really the question.

“When this originally came up, economists were saying that by the fourth quarter of the year, we’ll have a major rebound,” he added. Well, now most economists are saying it’s not until the second or third quarter of next year, and some economists are even saying beyond that, you have to go to 2022 before we see a recovery.”

“We are now reopening with no support, no money in the bank. Just a lot of hope that people miss what we do and come back and at least spend a little money everyday,” Gersten said.

According to a Hamilton Project and Brookings Institution study, more than 400,000 have closed their doors permanently since the pandemic started.
(Elina Shirazi)