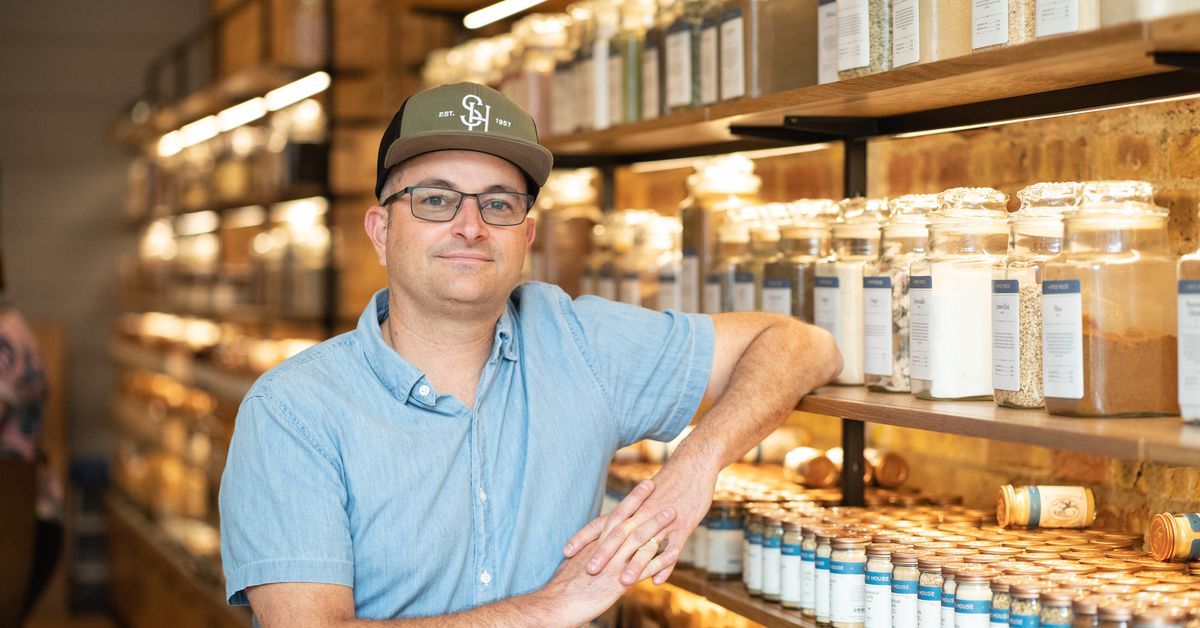 With a cadre of repeat customers, the Spice House has stores in Chicago’s Old Town neighborhood, suburban Evanston and two in Milwaukee, as well as a warehouse in Skokie.

But when COVID-19 hit, Charlie Mayer realized he’d have to rethink his spice-selling business, just like experimenting with a new recipe.

It was a learning process. Mayer, the chief operating officer, originally figured he’d have to shut down. “We’re not a grocery store,” he thought.

Then the rules for “essential businesses” came out, and Mayer saw an opening. He closed to the public March 18, but the rules allowed him to keep his stores operating to handle online orders.

The Spice House already had an active digital presence, but that business mushroomed that first weekend and his warehouse couldn’t keep up. Mayer had to add people and reconfigure stores to fulfill more internet orders, laying in supplies of shipping boxes and tape and training employees to package goods in customer friendly ways.

The result? After first laying off workers, Mayer had to do a fast turnaround. “We have almost doubled our headcount because of COVID,” he said. The Spice House currently has more than 100 workers. Its stores reopened to the public in late June.

It’s all due to a quick pivot and, Mayer conceded, more than a pinch of luck. “The food business has been rocking and rolling. We’re trying to get more product.” He said he’s been part of a “national pantry stocking” because of the pandemic, with cocooning customers flocking to favorites like the Back of the Yards Garlic Pepper Rub and a collection of 24 spices he believes should be standard in every kitchen.

Not every business enjoys that situation. Small businesses account for nearly half of private-sector employment in the U.S. and studies show that their overall state is grave. A report by McKinsey & Co. in June found that, depending on the sector, from a quarter to a half of small businesses could close from a prolonged slump caused by the pandemic. The Chicagoland Chamber of Commerce found in April that 36% of small business owners reported having less than 30 days’ cash on hand.

Mayer said that regardless of a business’ circumstance, entrepreneurs must not let ego or pride get in the way of asking for help. In his case, that started with a good banking relationship at Chase that provided connections to the Small Business Administration and other sources of financing. He said he’s also been working with suppliers and other partners in the food industry — some of them struggling — to figure out ways to boost one another.

“In the food industry, it’s been a moment to embrace essential conversations,” Mayer said. “The pandemic has given businesses a new reason to work together.”

To those in tougher straits, Mayer advised, “There are sources of capital out there. You should hold on as long as you can and reach out for help anywhere you can.”

Embracing e-commerce works differently depending on the nature of what’s being sold. For the Spice House, “digital has accelerated more in the last four months than in the last several years,” Mayer said. “Anything that can should be sold on the internet.”

The Connected Commerce Council, representing technology companies, surveyed 500 small businesses in May and found that nearly a third said they would close without access to digital tools.

For access to capital, many businesses have turned to a resource such as Accion of Chicago and Northwest Indiana, a nonprofit and a certified Community Development Financial Institution that works with private lenders to assist businesses in lower-income areas. CEO Brad McConnell said his organization has been doing all it can, but the pandemic-forced slowdown has been especially hard on smaller firms with thin financial cushions.

In all of 2019, Accion provided $3.8 million in loans, McConnell said. Contrast that with just the second quarter of this year, when Accion bankrolled $20 million in loans. However, that was out of $500 million in applications, he said.

“It’s not even close to meeting the needs of small businesses in emerging capital,” McConnell said. Congress’ inability to agree on a new round of grants and loans for the economy to replace the expiring CARES Act threatens to make things worse, he said.

But with all that, he’s still an optimist, seeing resilience on the part of entrepreneurs and a willingness to explore any avenue for financing. Groups such as Accion can help businesses identify programs from local chambers of commerce and from state, county and city agencies that provide access to cash, especially from all-important grant programs. Contacts with local organizations can come in especially handy for entrepreneurs who don’t have deep banking relationships.

For Daniel’s Body Shop in Little Village, the key to staying open was getting a $50,000 loan from Chicago’s Small Business Resiliency Fund, which is now closed to new applications. “We were living day to day. We used up all our savings,” said owner Olympia Lopez.

Since then, business has rebounded almost to its usual level, she said. “I think the reason we came back up is we’ve been in business for more than 35 years. It’s tough for a lot of new businesses,” Lopez said. Many of her business colleagues resist seeking debt from any source, she said.

McConnell said stressed businesses should avoid two things: “Going dark” on creditors and resorting to high-interest payday loans to stay afloat. “Have open conversations with your creditors, whether it’s your mortgage lender or suppliers. This situation is all new for everybody,” he said.

An important source for aid and information is Illinois state government, which might cause some people to roll their eyes. Yes, people filing for unemployment have encountered delays and dropped calls. But through the Illinois Department of Commerce and Economic Opportunity and its ties to 42 Small Business Development Centers, or SBDCs, around the state, it’s indeed possible for operators of small businesses to talk to a real person.

Important programs offered by the state include BIG, or the Business Interruption Grants program, which is expected to get a new round of funding soon to help enterprises suffering from COVID-19-related closures and slowdowns. It has doled out $46 million to 2,655 small businesses. A program called Rebuild Distressed Communities supports businesses that suffered damages from recent looting.

Firms with a somewhat longer track record or larger number of employees should look into the Advantage Illinois program of low-interest loans backed by federal funds. In addition, the Federal Reserve has launched a Main Street Lending Program, although the rollout has been slow and eligibility includes large businesses with up to 15,000 employees.

The Chicagoland Chamber of Commerce runs an SBDC. The chamber’s CEO, Jack Lavin, says its staff will work closely with businesses to develop a plan based on specific needs and cash flows. That includes access to money, but also ideas for ramping up operations safely, such as referrals for securing low-cost protective equipment for employees.

“They know companies are struggling. They want to work with them,” Lavin says of his employees. “The attitude is, ‘Let’s figure it out.’ ”

2020-08-14
Previous Post: With PPP On Pause, Where Can Small Businesses Get Loans?
Next Post: Stock Fluctuate on Data That Suggest a Slowing Economic Recovery