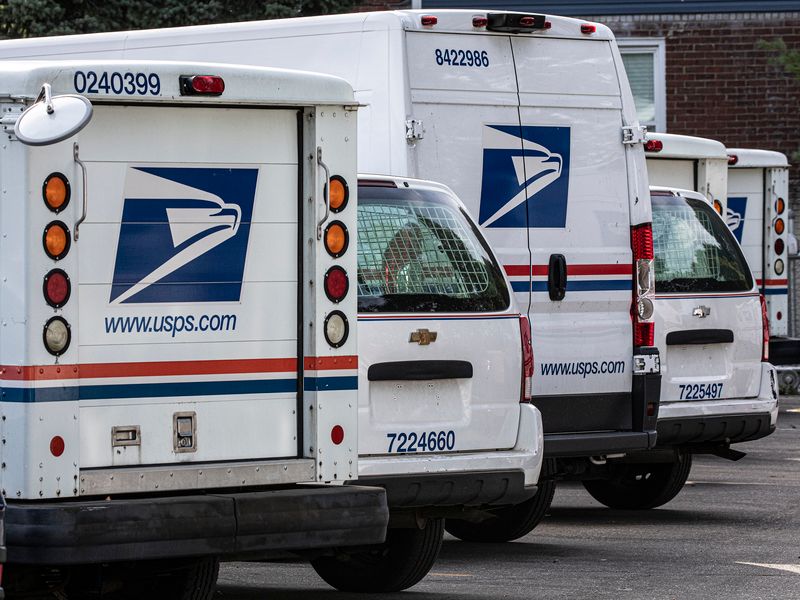 Slow business mail delivery gets wrapped up in postal politics

While some businesses and customers report varying degrees of delivery delays, there have been absentee ballots that missed the deadline to be counted in the Aug. 4 primary and routine court records.

The postal service’s cost-cutting directives such as halting all overtime and reported workforce shortages seem to be one of the culprits in the delays, Haberman said, who interacts on a daily basis with USPS workers in Troy.

Postmaster General Louis DeJoy’s management of USPS has been the source of increased scrutiny by members of Congress, including Michigan Sen. Gary Peters, after DeJoy reassigned or displaced 23 postal executives on Aug. 7.

DeJoy, a former executive at XPO Logistics, is an appointee of President Donald Trump, who has assailed the reliability of the Postal Service in recent weeks in a bid to raise doubts about the increased use of mail-in voting during the pandemic.

Last Wednesday, Trump vowed to block $25 billion in emergency funding for USPS. The next morning, the president suggested in an interview on the Fox Business Network that without the funding it would derail “universal mail-in voting.”

“They need that money in order to make the Post Office work, so it can take all of these millions and millions of ballots,” said Trump, who voted by mail in Florida’s primary earlier this month. “Now, if we don’t make a deal, that means they don’t get the money. That means they can’t have universal mail-in voting, they just can’t have it.”

Michigan election officials expect record-setting use of absentee ballots by mail in November. About 64 percent or 1.6 million of the 2.5 million ballots counted in Michigan’s Aug. 3 primary were absentee ballots, shattering previous election records for voting by mail before Election Day.

A week before this month’s primary, municipal clerks across Michigan concerned about the delays in mail service were urging residents to return their ballots at city halls or drop boxes. Absentee ballots not received before 8 p.m. Election Day cannot be legally counted.

On Friday, Secretary of State Jocelyn Benson’s office said Friday that clerks across the state have received 6,405 ballots late, almost all through the mail service.

Detroit had 820 late ballots, followed by 241 ballots that arrived late to the Ann Arbor clerk’s office, 158 late ballots in Grand Rapids, 136 in Lansing and 128 in Southfield, according to the Secretary of State’s office.

In Sterling Heights, the city clerk told Crain’s 165 late ballots arrived together six days after the primary — enough spoiled votes that could have changed the outcome of a Democratic primary for a Macomb County Commission seat that was narrowly decided by 87 votes.

In Troy, city clerk Aileen Dickson told Crain’s on Thursday afternoon that her office had received 43 absentee ballots after the primary election.
“But we also haven’t gotten mail in a couple of days,” said Dickson, whose office receives and sorts mail for Oakland County’s largest city. “So we’re kind of waiting for the shoe to drop, so to speak.”

“We’re thinking that there’s going to be a tub of ballots that are going to come in that have been hanging out in the postal world somewhere and haven’t made it back to us yet.”