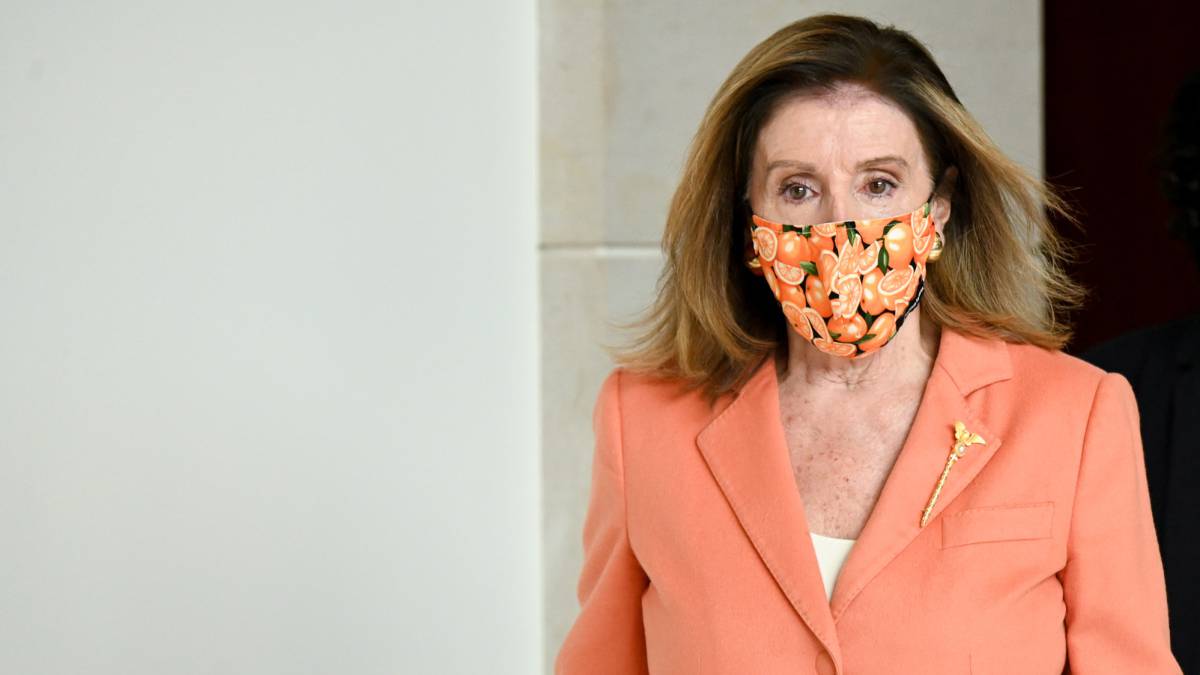 Americans’ hopes of a second stimulus check being approved by Congress before November’s election are hanging in the balance, after Donald Trump called a halt to talks over a bipartisan coronavirus relief bill on Tuesday, only to demand on Twitter later on Tuesday night that a deal is met, and confirm that talks are back open again on Thursday. Confused? You should be. As it stands, anything could still happen as the situation is changing every day.

The House & Senate should IMMEDIATELY Approve 25 Billion Dollars for Airline Payroll Support, & 135 Billion Dollars for Paycheck Protection Program for Small Business. Both of these will be fully paid for with unused funds from the Cares Act. Have this money. I will sign now!

Are negotiations back between Democrats and Republicans?

After clearly stating earlier this week that he was backing out of any more negotiations before election day, only a matter of hours later Trump was back at it on Twitter, saying that:

“The House & Senate should IMMEDIATELY Approve 25 Billion Dollars for Airline Payroll Support, & 135 Billion Dollars for Paycheck Protection Program for Small Business. Both of these will be fully paid for with unused funds from the Cares Act. Have this money. I will sign now!”

CNN reported yesterday that President Trump is pushing for a more limited series of separate measures than before: stimulus checks to individuals, $25 billion in aid for the ailing airline industry and $135 billion in fresh loans for small businesses. Although an insider has even suggested that he is considering a larger-scale package now. That remains to be seen.

President Trump, in a head-spinning reversal, has told allies he’s interested in a large-scale stimulus deal, according to a person with direct knowledge of his comments. https://t.co/jTuGsiLyxz

Yet House Speaker Nancy Pelosi, who is championing a broader $2.2 trillion package passed by Democrats in the lower chamber last week, on Wednesday scoffed at the president’s idea of targeted relief.

Pelosi, speaking Thursday said she would not agree to a stand-alone aid package for airlines unless the Trump administration committed to a broader pandemic relief plan to help struggling Americans, declaring that “there is no stand-alone bill without a bigger bill.” Democrats have been consisten that a broader deal is necessary, “We cannot piecemeal this,” Pelosi told reporters this summer.

Speaker Nancy Pelosi said on Thursday that she wouldn’t agree to a stand-alone aid package for airlines unless the White House agreed to a broader stimulus plan. https://t.co/bYe0xPnjAX

In September, Democratic senators blocked Republican attempts to pass a pared-down relief bill worth around $500bn.

Speaking in a press conference Thursday, Pelosi continued “We’re happy to review what that standalone bill would look like as part of a bigger bill…if there is a bigger bill.”

Backtracking on his previous veto in an interview with Fox Business Thursday, in a complete U-turn Trump said that talks are now back on the table and going well. “We are starting to have very productive talks,” he said. “I shut down talks two days ago because they weren’t working out…now they’re starting to work out.”

Perhaps Trump’s renewed enthusiasm for an agreement comes from some Republicans’ alarm at the timing of Trump’s rejection of more talks with less than a month to go before an election, leaving the party vulnerable to blame for plans collapsing.

In a series of tweets posted on Tuesday, Republican President Trump said he had told his negotiators – Treasury Secretary Steve Mnuchin and White House Chief of Staff Mark Meadows – to walk away from stimulus talks with Democratic congressional leaders, adding that the GOP-held Senate’s pre-election focus should be on confirming Judge Amy Coney Barrett on the Supreme Court.

“[Democratic negotiator] Nancy Pelosi is asking for $2.4 Trillion Dollars to bailout poorly run, high crime, Democrat States, money that is in no way related to COVID-19,” Trump said, in a tweet that misstates the price of Democrats’ most recent stimulus-bill proposal, which was actually $2.2tn. “We made a very generous offer of $1.6 Trillion Dollars and, as usual, she is not negotiating in good faith.

“I am rejecting their request, and looking to the future of our Country. I have instructed my representatives to stop negotiating until after the election when, immediately after I win, we will pass a major Stimulus Bill that focuses on hardworking Americans and Small Business. I have asked [Senate Majority Leader] Mitch McConnell not to delay, but to instead focus full time on approving my outstanding nominee to the United States Supreme Court, Amy Coney Barrett.”

…request, and looking to the future of our Country. I have instructed my representatives to stop negotiating until after the election when, immediately after I win, we will pass a major Stimulus Bill that focuses on hardworking Americans and Small Business. I have asked…

Trump’s decision to pull out of relief-bill negotiations comes just three days after the president, who has been receiving treatment for Covid-19 since last week, tweeted from the Walter Reed National Military Medical Center: “OUR GREAT USA WANTS & NEEDS STIMULUS. WORK TOGETHER AND GET IT DONE.”

Federal Reserve Chair Jerome Powell urged Congress this week to pass fresh stimulus, saying in a speech for the National Association for Business Economics: “Too little support would lead to a weak recovery, creating unnecessary hardship for households and businesses […]. By contrast, the risks of overdoing it seem, for now, to be smaller. Even if policy actions ultimately prove to be greater than needed, they will not go to waste.”

Reacting to Trump’s ending of negotiations, McConnell said he agreed with the president and blamed the Democrats for the lack of a bipartisan agreement over a fifth piece of coronavirus aid legislation: “I think his view was that they were not going to produce a result and we needed to concentrate on what’s achievable,” McConnell told reporters, per MarketWatch. He later told Fox News: “This has been going on for two months. We re-engaged in July. The Speaker [Pelosi] never made a reasonable offer.”

Reuters reported Friday that US Senate Majority Leader Mitch McConnell, talking at a news conference in his home state of Kentucky, that Congress were unlikely to reach a deal on a Covid-19 stimulus ahead of the 3 November election.

“We do need another rescue package. But the proximity to the election and the differences of opinion what is needed at this particular juncture are pretty vast,” he told

Talks were progressing, according to Pelosi

On Monday night, according to a report by Politico, Pelosi had said that stimulus talks with Mnuchin were progressing, albeit “very slowly”. Having stalled in August, discussions over a package had resumed late last month.

Although Republicans and Democrats agree that an aid package should include another round of stimulus checks of up to $1,200, there is rather less consensus on the size and scope of the overall bill. While Democrats have been holding out for legislation worth over $2tn – passing the $2.2tn HEROES Act 2.0 in the Dem-controlled House on Thursday – the White House has been unwilling to go over $1.6tn.

In a statement released on Tuesday Pelosi hit out at the 74-year-old, declaring: “Today, once again, President Trump showed his true colors: putting himself first at the expense of the country, with the full complicity of the GOP Members of Congress. Walking away from coronavirus talks demonstrates that President Trump is unwilling to crush the virus”.

Furthermore, Pelosi has now expressed implicit concern for Trump’s ability to carry out his duties as President, since contracting and being treated with a cocktail of drug for Covid-19.

“The President is, shall we say, in an altered state right now, so I don’t know how to answer for his behavior,” Pelosi said Thursday. She then went on to reference the law that dictates that a Commander-in-chief can be temporarily replaced if incapacitated; saying that Trump is suffering a “disassociation from reality”.

Live coverage of the coronavirus pandemic

You can follow live coverage of the Covid-19 crisis in the US by reading our dedicated rolling feed.

2020-10-09
Previous Post: What is proposition 22? The ballot measure that could determine the future of Uber and Lyft in California
Next Post: How to Move Your Business Online Quickly