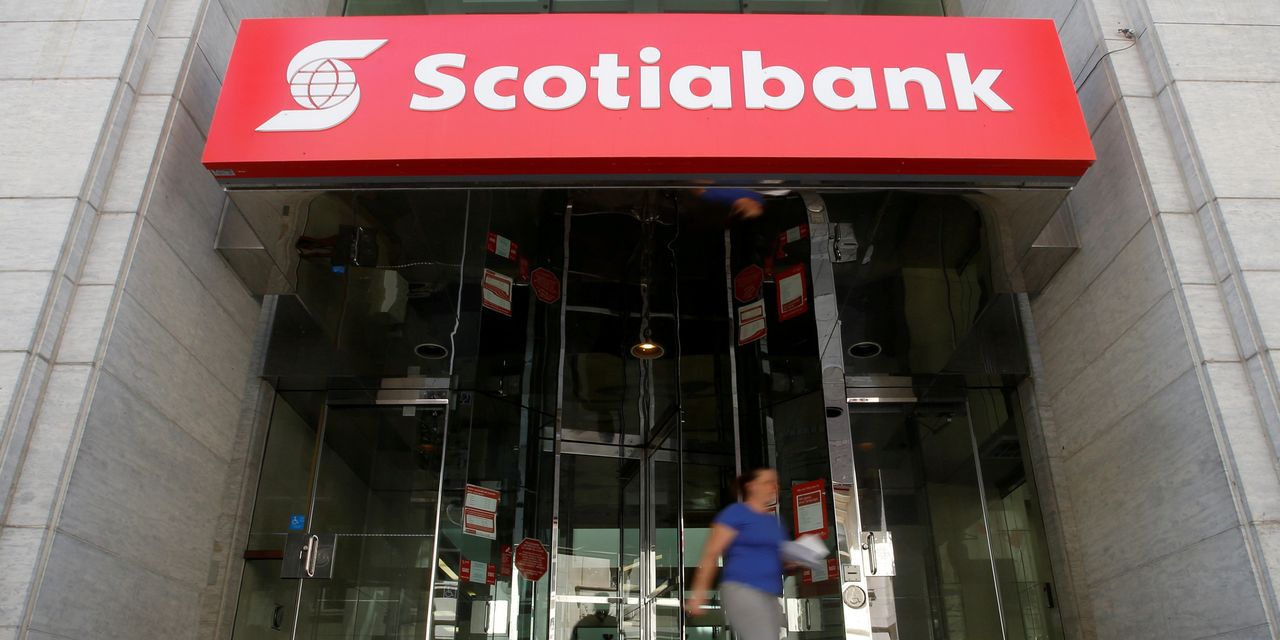 The Bank of Nova Scotia

agreed to pay more than $127 million to settle civil and criminal allegations in connection with its role in what authorities described as a massive price-manipulation scheme.

The fine is the result of multiple agreements reached Wednesday with the U.S. Justice Department and the U.S. Commodity Futures Trading Commission. The settlements stem in part from thousands of manipulative orders for precious metals futures contracts placed on U.S. exchanges over an eight-year period by four traders at the bank, known as Scotiabank, the agencies said.

The settlements also resolve claims by the CFTC that Scotiabank made false statements and incomplete disclosures about alleged price manipulation by its traders in connection with a prior investigation by the derivatives market regulator. Scotiabank also agreed to resolve further claims by the CFTC related to its conduct as a swap dealer. Under the agreements with both agencies, the bank will be required to retain an independent compliance monitor for three years.

The steep fine and imposition of a monitor reflected the seriousness of Scotiabank’s offense and the state of its compliance program, Robert Zink, chief of the Justice Department’s criminal fraud section, said in a statement.

Our Morning Risk Report features insights and news on governance, risk and compliance.

Scotiabank said Wednesday that it had set aside money for the fines in earlier quarters.

“We understand that in order to maintain the trust of our stakeholders, we must adhere to trading-related regulatory requirements and compliance policies,” the bank said. “We are committed to adhering to these standards.”

The price-manipulation scheme was compounded by several compliance failures, federal prosecutors said. In one case, in 2013, one of the traders involved in the unlawful trading contacted a compliance officer to seek clarification on the CFTC’s guidance on disruptive trading practices, they said.

The trader’s email detailed how the trader was engaging in problematic activity by placing groups of one-contract orders on one side of the market to facilitate execution on the other, prosecutors said. The compliance officer forwarded the note to a colleague but made no effort to investigate the trader’s practices, they said.

The manipulation caused other market participants to lose about $6.6 million, according to the Justice Department.

The department on Wednesday filed its agreement, which defers criminal charges of wire fraud and attempted price manipulation, in federal court in New Jersey.

The agreement requires Scotiabank to pay more than $60.4 million in criminal penalties, disgorgement and victim compensation. Prosecutors said half of the criminal penalty would be credited against fines by the CFTC.

The CFTC agreement settled two separate enforcement actions against Scotiabank, the regulator said—one related to the price-manipulation scheme, known as spoofing, and another related to the bank’s conduct as a swaps dealer, the regulator said. Spoofing is designed to trick other investors into buying and selling at artificially high or low prices.

In both actions, as well as in the agreement with the Justice Department, Scotiabank was accused of misleading regulators at the CFTC, and making incomplete disclosures, at times due to inconsistent record-keeping.

Scotiabank was fined $800,000 by the CFTC in 2018 for spoofing in the gold and silver futures markets. Statements the company made to the regulator during the course of the investigation that led to the earlier settlement had later proved to be false, the CFTC said.

With regards to its swap dealer business, Scotiabank had failed to meet certain disclosure, supervision and compliance requirements, the CFTC said. It also made false or misleading statements to CFTC staff about audio recordings used to supervise its swaps business, the regulator said.

In the order settling the CFTC’s claims, Scotiabank neither admitted nor denied the regulator’s findings.

Corey Flaum, one of the Scotiabank traders described in the settlement, pleaded guilty to attempted price manipulation in 2019. The former Scotiabank trader is scheduled to be sentenced early next year, according to the Justice Department.

—Stephen Nakrosis contributed to this article.