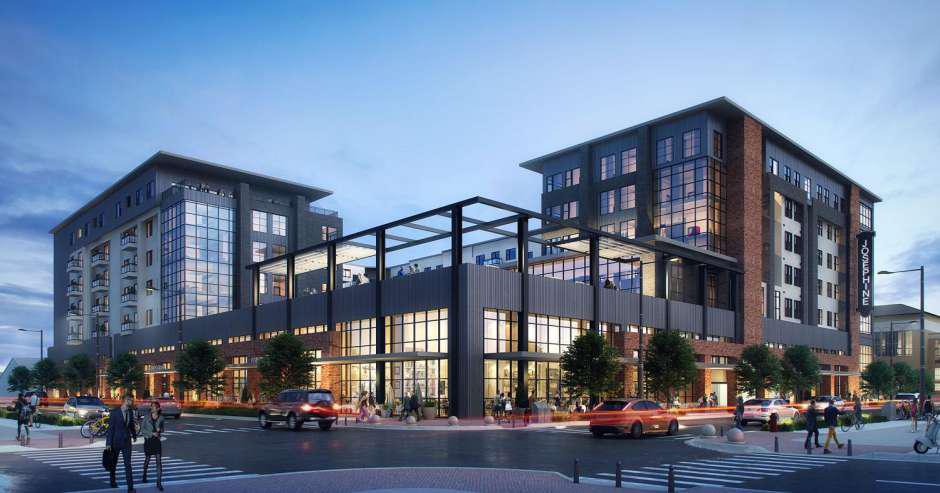 The Lynd Company is planning to team up with the San Antonio Housing Authority to build a mixed-income apartment complex in the fast-growing Tobin Hill neighborhood.

The board of the San Antonio Housing Facility Corp., an affiliate of SAHA, recently approved a public-private partnership with the Shavano Park company to build the $58.3 million development.

The arrangement means the project at 120 W. Josephine St. will receive a property tax exemption for the duration of a 75-year lease, in exchange for Lynd building lower-priced units. The developer also doesn’t have to pay sales tax on purchases made for construction the project.

Of the 259 apartments planned, 104 will be geared toward people earning up to 80 percent of the area median income, according to SAHA. That’s $57,600 for a family of four, according to the U.S. Department of Housing and Urban Development.

Twenty-six units will be for people making up to 60 percent of the local median income, or $43,200 for a family of four, and the remaining 129 apartments will be market-rate housing.

“Through mixed-income developments, we are able to reach those families who don’t necessarily qualify for public housing or under 30 percent AMI housing but can’t afford market rate (housing) either,” said Michael Reyes, SAHA’s director of communications and public affairs.

News of the partnership was first reported by the San Antonio Heron.

As of March, Lynd was planning to partner with Fulcrum Development on the project and buy the property at West Josephine Street and East Euclid Avenue.

Buildings occupied by Materials Marketing were to be razed to make way for the complex. Construction was anticipated to take about two years, Jarrad Thierath, Lynd’s vice president of development, said at the time.

The SAHFC is partnering with developers on more than a dozen projects in the area, according to a list provided by SAHA. There are also a number of other local public facility corporations, including the San Antonio Housing Trust Public Facility Corp.

Under the arrangements, the corporations provide a property tax exemption. In return, the developer must rent at least half of the units to tenants making up to 80 percent of the local median income.

Proponents say the deals create affordable housing, and that the complexes wouldn’t be possible otherwise. But others have questioned whether the apartments are truly affordable, arguing that 80 percent of the area median income is essentially market rate, and raised concerns about the lost tax revenue.

On ExpressNews.com: Home sales and prices in the San Antonio area surged in July

HUD grants and other federal funds for constructing income-restricted housing are scarce, he said. With a PFC mechanism, “the agency can generate funds to build hundreds of more affordable units” and renovate existing properties, he said.

Under the arrangement between SAHFC and Lynd, the former will buy the property and lease it to an entity jointly owned by a Lynd affiliate. Lynd or the affiliate will develop, provide financing, lease and manage the complex.

The housing authority expects to earn about $7.8 million during the first five years after the complex is finished, the meeting documents state.