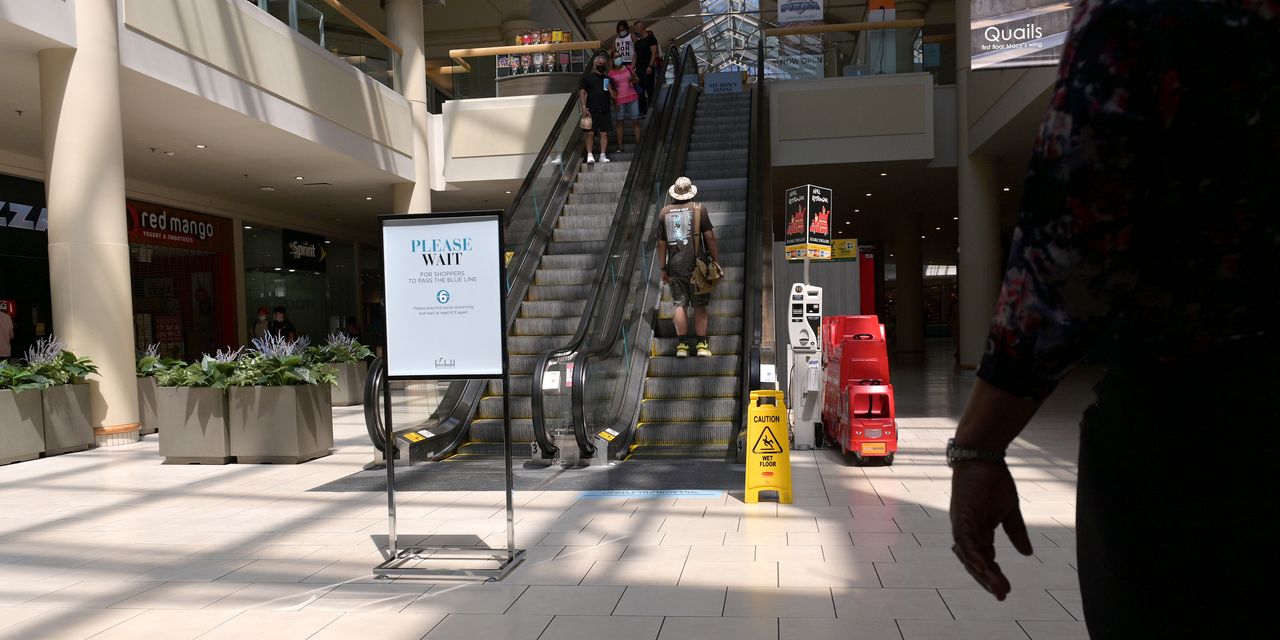 
U.S. consumers sent retail sales higher for the third straight month in July, though investors should expect that spending has slowed since then because enhanced jobless benefits have dried up and the coronavirus is limiting reopenings.

Total retail sales rose a seasonally adjusted 1.2% last month from June, the Department of Commerce said Friday. That follows month-over-month gains of 8.4% and 18% in the preceding months, after retail sales plummeted 15% in April. The increase was short of the 2% rate economists surveyed by FactSet predicted.

Excluding more volatile categories like gasoline, motor vehicles and building materials, retail sales rose 1.4% in July, better than economists’ 1.1% estimate but slower than the 6% and 10% rates in June and May. Gains were strongest at electronics and appliance stores (up 23% from a month earlier), while sales at gas stations and clothing stores rose 6% and restaurant and bar sales increased 5%.

The latest retail sales figures represent decent gains, but much less than those posted in June, which in turn were far less than recorded in May, says Josh Shapiro, chief U.S. economist at MFR.

He reminds investors that it is critical to differentiate between rates of change and levels of activity. It will take a long time for the latter to return to precrisis levels given mass unemployment and continuing weakness across parts of the service sector that aren’t included in the retail-sales data, such as travel and entertainment, he says.

“From here on, the recovery in consumer spending as measured in the retail sales report is likely to be a lot more grudging,” Shapiro says, particularly if the virus continues to interrupt the reopening process.

In addition to renewed virus fears, spending will be restrained by the income cliff, says Lydia Boussour, an economist at Oxford Economics. She called the 1.2% increase in July retail sales “sobering,” saying it shows that consumers have turned more cautious since the start of the month.

The latest numbers, Boussour says, make it more likely that real consumer spending in the third quarter will fall short of the 31% annualized rebound she has predicted.

It’s clear the extra $600 in unemployment insurance the government paid the tens of millions of workers displaced by the pandemic helped consumption in recent months. Economists say the expiration of those extra payments at the end of July will hit spending. While Washington is expected to pass another $1.5 trillion or so in aid spending, talks remain at an impasse and both the Senate and the House left Washington through the end of August.

Data from Opportunity Insights, part of Harvard University, show low-income employment and spending are down about 40% versus the levels in January. That cohort has a higher propensity to spend, with aid dollars more likely to have an economic impact.