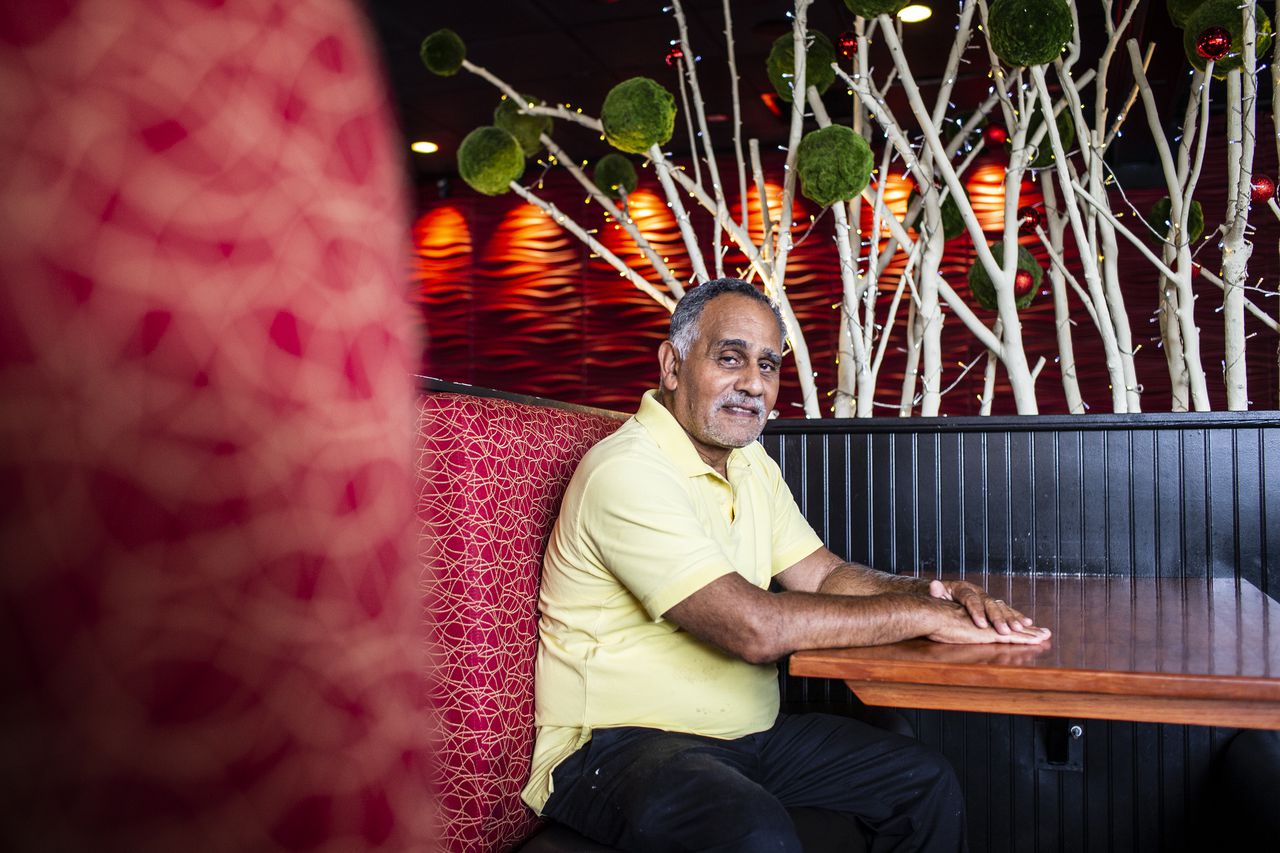 Restaurant owners face uncertainty as pandemic continues: Is it ‘worth it to be in business?’

Tefa Ghatas wakes up in the middle of the night unable to fall back asleep.

The co-owner of Crave Food & Drink in Lower Paxton Township and City Line Diner in Paxtang said the coronavirus pandemic’s impact on business weighs on his mind.

Since March, Ghatas said business has dropped off about 80 percent and took a big dent last month when Pennsylvania Gov. Tom Wolf reduced indoor dining capacity limits from 50 to 25 percent. Unfortunately, he said the governor’s message did nothing but scare away diners.

“The whole industry changed. Now you wonder if it is worth it to be in business,” Ghatas said.

As the pandemic rages on, central Pennsylvania restaurant owners say they feel like business is dangling by a thread and they are unable to plan for the future. Some are limping along paying bills and rent as Paycheck Protection Program money dries up and they await a possible second round of financial help.

“I have to stop the bleeding, because now all I’m doing is digging into my personal [finances] and nobody is going to refund that. It’s really a shame,” he said.

In Hershey, Penn Hotel & Sports Bar owner Eric Nyman temporarily suspended operations at the bar at 600 Old West Chocolate Ave in Hershey, due to the tight restrictions imposed on bars and restaurants. Many owners such as Nyman have expressed displeasure with the restrictions.

Wolf’s order also requires bars to close unless they are serving sit-down, dine-in meals, and mandates that alcohol can only be served if it is within the same transaction as a meal or if it is for off-site consumption.

Around the state, restaurant owners have banded together against the rollbacks. On July 17, dozens of central Pennsylvania owners and politicians, gathered at Bonefish Grill in Lower Allen Township to fight against the restrictions.

The Pennsylvania Restaurant & Lodging Association has collected nearly 17,000 signatures on an online petition urging the Wolf administration to increase the limits, said John Longstreet, the association’s CEO and president.

In addition, Republican Senator Pat Stefano of Erie is looking for bipartisan support for a package of proposed bills calling for relief for restaurants and taverns. The legislation would remove the 25 percent occupancy requirement as well as the restriction diners must order food with alcoholic beverages.

Longstreet said the reality is an estimated 7,500 restaurants in the state could close, impacting nearly 175,000 jobs. More so than financial assistance, he said many restaurant owners say survival depends on reinstating the 50 percent capacity limit.

“Each day more restaurants close down. Restaurants don’t have a lot of money sitting around. They don’t have rainy day funds,” Longstreet said. “Every day is a question of whether they will make it to the next day.”

He added the Wolf administration needs to know the reduction was a mistake and the industry can operate safely with protocols such as masks and table spacing. To create safer dining experiences, Longstreet said restaurants and bars have invested in plexiglass bar and booth dividers, while some have spaced out tables in lobbies and created zoned seating areas around bars to ensure distancing.

But Wolf isn’t likely to back down anytime soon. On Thursday, he said the mandates will remain in place to help mitigate the spread of coronavirus, especially as school starts.

“There’s been a resurgence this summer, so I took steps, like with restaurants and bars to restrict access to those things, and they have had an impact,” Wolf said. “We are actually having fewer and fewer cases, but all of this was caused because Pennsylvania did have an upsurge, and I think we need to be concerned about this.”

At Kuppy’s Diner in Middletown, co-owner Carol Kupp said they are following the state’s guidance, but she questions the governor’s reasoning.

“At some point, things have to go back slowly, which they should by now. “We went from 50 to 25 [percent] based on what? Show me the facts. Show me it is based on truth,” Kupp said.

The 87-year-old diner started to rebound from the shutdown at 50 percent capacity combined with takeout orders, but Kupp noted it is much harder to survive at 25 percent. Under those conditions, the diner seats about a dozen people.

Making it worse, she added there’s no end in sight for the restrictions.

“We have to gain the 50 percent back and we have to have bar service,” said George Lois, owner of the Gilligan’s restaurant chain and Fiddler’s Bar and Grill in South Middleton Township.

Lois noted his restaurants are barely staying alive, and lack of bar service and capacity limits have hurt the most. What’s frustrating, he said is a lack of timeline for the virus and restrictions makes it difficult to plan financially.

“I don’t care if I make a dollar for myself. I don’t want to lose a whole lot where I can’t come back. That’s the problem,” Lois said.

Adding to his problems, Lois said he’s concerned about employees. Benefits under the CARES Act ended in July, and he said now employees are calling asking to return to work but there’s not enough work or money to pay them. It’s too early to know if federal unemployment money will be extended.

Last week, negotiations with Congress for a coronavirus rescue package collapsed. Over the weekend, President Donald Trump signed an executive order that would funnel $44 billion from FEMA’s Disaster Relief Fund to boost unemployment aid for the jobless. It calls on states to kick in roughly $15 billion.

In a video message to members, Sean Kennedy, executive vice president of pubic affairs for the National Restaurant Association, said they were cautiously optimistic talks would begin this week but so far there has been no agreement. He noted both sides are getting a lot of heat that failure is not an option.

“The message to us has still been clear from this Congressional leadership, this is going to be a narrow, skinny bill, targeted relief,” Kennedy said, adding the best outcome would be a second round of PPP loans.

While financial assistance is welcome, Longstreet said there won’t be enough money to float Pennsylvania’s 26,000 restaurants.

Rep. Todd Stephens, a Montgomery County Republican, and Rep. Aaron Kaufer, a Luzerne County Republican, have proposed legislation that would dedicate $250 million to restaurants in need but Longstreet said once that money is parceled out it won’t solve the problem.

“The real solution is to allow them to operate safely,” he said.

Thanks for visiting PennLive. Quality local journalism has never been more important. We need your support. Not a subscriber yet? Please consider supporting our work.