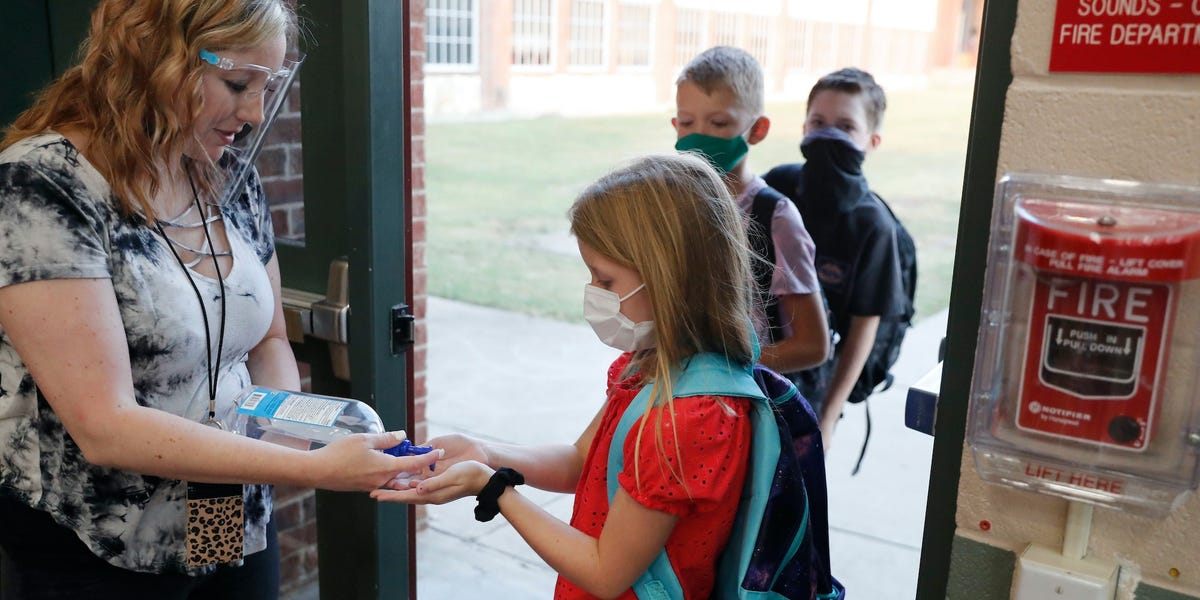 Public opinion about returning to school this fall amid COVID-19

Some schools in the US have already opened their doors to students, but several districts have already run into the problems that can arise with in-person schooling.

Students are testing positive for the coronavirus, forcing students, teachers, and staff who just returned to school to be sent home to be quarantined. In Corinth, Mississippi, The Washington Post reports 116 students had to be sent home after six students and a staff member tested positive.

On the first day of school in Greenfield, Indiana, the school was notified a student tested positive, according to reporting from The New York Times. Buzzfeed News reported on a photo shared on Twitter showed a school in Paulding County, Georgia, where students were close together as they walked through the hallway and many were not wearing masks.

A local Illinois news station reported on photos that also showed crowded hallways at Morton Community High School on the first day of school. Nearly 1,200 people have to quarantine in Cherokee County, Georgia, after a second grader tested positive for coronavirus, as reported by The New York Times.

But the problem may even get worse. Business Insider’s Lauren Frias interviewed an emergency medicine physician who said because of combination of the coming fall and winter flu season with COVID-19, schools may have to close again as soon as October, citing increased exposure during flu season. The physician also notes the two viruses also share similar symptoms, such as coughing, that could make it harder to identify what a patient has. Per US News & World Report, some schools had to close for a few days last year due to a large number of student absences during flu season.

Schools are trying to find safe ways to have students return in person, from New York City attempting a hybrid model to a school district in Detroit trying out outdoor classrooms, according to reporting by NBC News.

Not every parent is ready to send their child back to school. A survey of 500 parents by Echelon Insights and the National Parents Union found that only 27% feel safe having their child return to in-person school this August or September. Of the parents surveyed, 17% would prefer their child to return later in the fall, while 15% prefer sometime in the spring.

We decided to look at how parents are feeling as some schools near reopening. The following are eight charts based on surveys conducted from Homes.com, Kaiser Family Foundation, and Echelon Insights with the National Parents Union that asked parents about their feelings and attitudes regarding upcoming school plans and virtual learning.