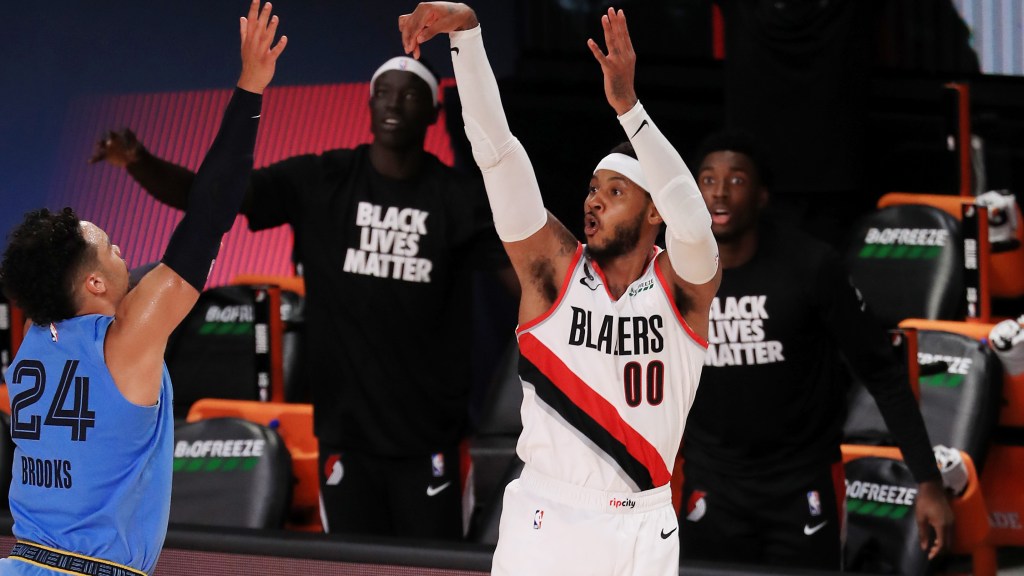 Portland play Grizzlies for opportunity to play Lakers: How To Watch

The Portland Trail Blazers and the Memphis Grizzlies will face off on Saturday afternoon to determine which team will earn the right to face off against LeBron James, Anthony Davis, and the Los Angeles Lakers in the first round of the NBA playoffs.

As it stands now heading into Saturday’s game, Portland’s Damian Lillard has been the MVP of the Bubble and is the clear frontrunner for the Bubble d’Or, leading the Blazers to a 6-2 record in the seeding games. He’s averaging 37.6 points, nearly 10 assists, and four rebounds, while shooting almost 44% from the 3-point line on nearly 13 attempts per game. Portland, however, has struggled on the defensive end as only the Denver Nuggets and Dallas Mavericks have had a worse defense in the restart. Also being the 8th place team, Portland is entering a double-elimination scenario whereas the Grizzlies will be eliminated with a single loss.

As for the Grizzlies, it’s been a different story as their defense has helped keep afloat one of the worst offenses in the restart. The halfcourt offense for the Grizzlies was one of the 10-worst in the league, so if Portland can slow them down in transition, they should have a good shot to win tomorrow’s game and earn a little rest before playing L.A. in Tuesday’s Game 1.