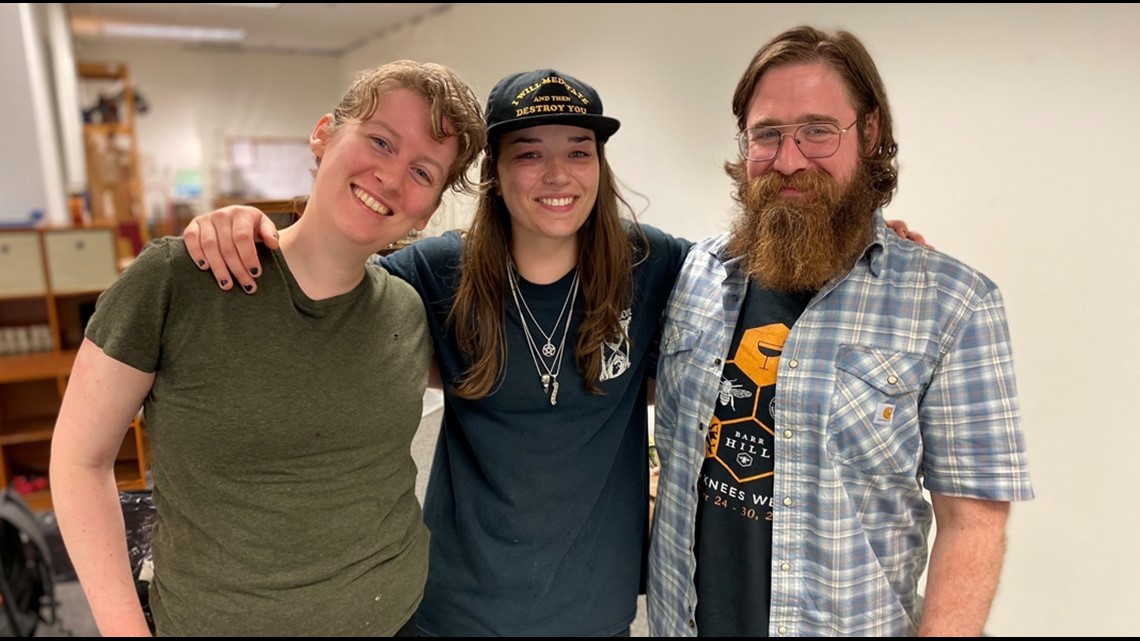 Needfire Candle Co moved out of its Free Street location at the start of June, citing diminishing income from a city construction project blocking oncoming traffic.

PORTLAND, Maine — Since April, the one-way traffic onto Free Street from Congress and High Streets in Portland has been blocked due to a four-phase revitalization of Congress Square, set to be complete in summer 2023.

But the first phase of construction is keeping cars away from several small businesses during a critical time amidst tourism season.

“It hurt in the initial stages, we saw a 60 percent dip in revenue and that was for the first couple weeks, then by late May it was closing in on making 25 dollars a week,” Minta Karlson, co-founder of Needfire Candle Co, said.

Karlson is relocating from her Free Street location to the corner of Fore and Union Streets, right near Old Port.

“It just completely died out,” Karlson said about the depleting traffic. “I think anyone who’s trying to run a business on Free Street is going to be seeing a summer with no sales, which in Portland is not just unheard of, it’s a death sentence for businesses in Portland because we’re a tourist city.”

While the Free Street closure is set to reopen to oncoming traffic on June 13, it is just one component of the four-phase project extending to the second part of 2023.


Starting at the end of June, partial lane closure and construction will block off Congress Square Park.

Then in July, there will be another partial lane closure and blocked sidewalk on the west corner, where the State Theatre is, of the five-way intersection.

The next phase in August will close off the sidewalks from the southern end of Congress Street near Lazzari and stretch down to the entrance of the NEWS CENTER Maine studios.


After a winter recess, construction on all four corners will last from April to May of 2023.

In the meantime, the city of Portland said they worked to communicate the traffic blockages to small businesses, but agreed it could have been executed better.

“Any time we do a construction project, there are going to be impacts,” Jessica Grondin, a spokesperson with the city of Portland, told NEWS CENTER Maine in May. “Our public works has agreed to do better in the future, knowing this project is a big one in terms of impacts.”

More information on the Congress Square project is available here.

Some businesses, like Broken Crow Collective, decided to stay.

Josh Habert, a tattoo artist at Broken Crow Collective, said they have done financially well due to appointments but have seen a significant decline in walk-ins, which they depend on during tourist season.

“Sometimes you have an appointment cancel and you rely on a walk-in but if people come to this side of the street and they don’t know where to go they just walk away,” Habert said. “It will be nice when the corners open back up and people can walk around.”

NEWS CENTER Maine reached out to the city of Portland about if Free Street will be reopened to traffic on June 13, or if there have been delays. This story will be updated as more information comes in.

Needfire Candle Co will have its grand re-opening at its new location at 463 Fore Street. They will be open at 11 a.m. on Thursday, June 9.