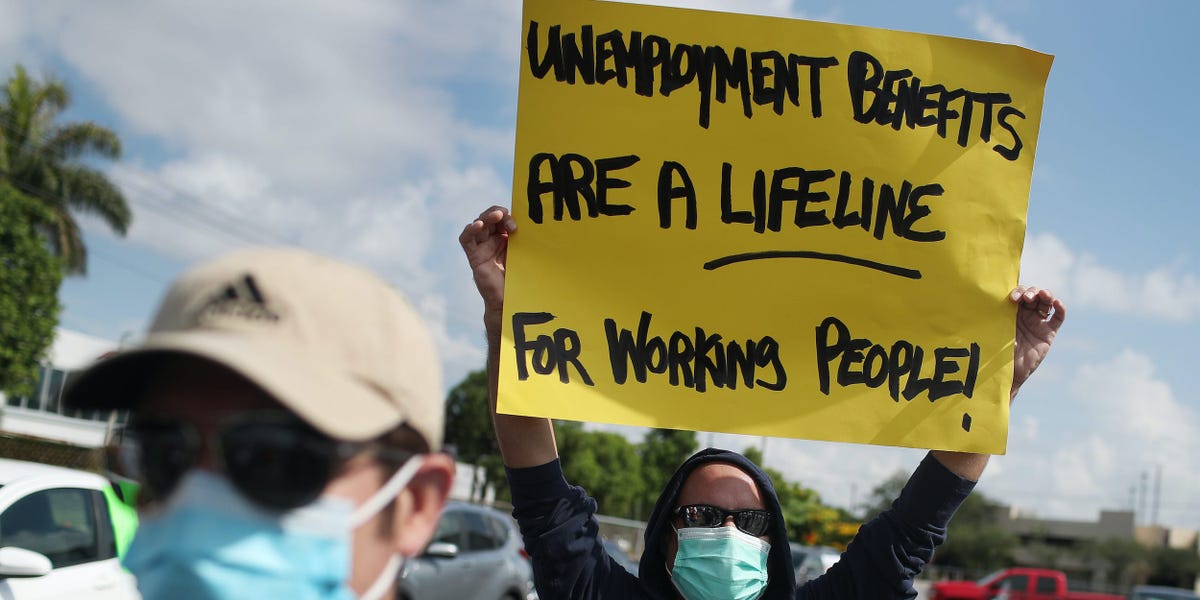 On August 8, Trump said he would order a $400 weekly boost to federal unemployment. The federal government would cover $300 and states would cover the remaining $100, Business Insider previously reported.

The executive order was one of four that Trump would sign attempting to provide coronavirus relief after measures in the CARES Act expired and the White House, Senate Republicans, and Democrats in the House were unable to negotiate an extension.

However, two weeks later only Arizona had started sending the extra $300 to residents, The Post reported. Thirteen states have been approved to give the benefit, The Post said, but only some said they would add the $100.

South Dakota has turned down the benefit; others said they’re applying for the benefit or did not specify if they would apply.

Until the end of July when provisions in the CARES Act expired, a large percentage of unemployed workers were receiving an addition $600 a week from the federal government. In May, House Democrats passed additional coronavirus relief legislation that extended the $600 in benefits, however, some in the GOP balked at the price tag and specific provisions in the bill, and lawmakers were unable to reach a compromise.

Trump claimed that the $600 benefit dis-incentivized Americans from returning to work.

According to The Post, there are 28 million people who are unemployed in the US.

While Trump had promised that the money would be delivered quickly and in a matter of weeks, states have said they’d need somewhere between a couple of weeks to a couple of months to get funds out.

Elijah Brunelle, 40, worked as a cook at a nearby nursing home, but because of his chronic conditions was told not to return to work by his employer. His family is struggling to pay bills, despite having three roommates, after the unemployment benefits expired and he went from getting $698 a week to $198 a week, The Post reported.

“We went from being able to afford groceries and afford transportation to really struggling hard just to afford anything,” Brunelle’s wife Cyn told The Post. “It’s really hard, very difficult, and very stressful.”