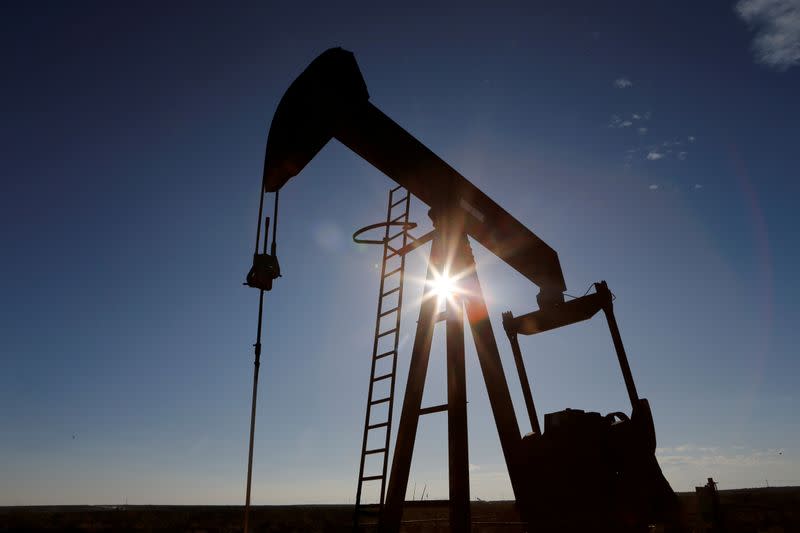 By Sonali Paul and Koustav Samanta

MELBOURNE/SINGAPORE (Reuters) – Oil prices held steady on Friday and were on track for a third consecutive weekly gain, pulled higher by major oil producers’ efforts to hold back output amid concerns about the pace of economic recovery from the coronavirus pandemic.

U.S. West Texas Intermediate (WTI) crude futures were unchanged at $42.82 per barrel, but on track for about a 2% rise for the week.

Both benchmark contracts fell around 1% on Thursday on economic concerns after weekly U.S. jobless claims came in higher than expected.

An internal report by the Organization of the Petroleum Exporting Countries and allies, showed the group known as OPEC+ was focused on ensuring that members who had overproduced against their commitments would cut their output, as flagged following an OPEC+ meeting on Wednesday.

Reuters reported that OPEC+ found some members would need to slash output by 2.31 million barrels per day to make up for their recent oversupply.

“But with enforcement tactics reduced to merely public smearing of laggards or a very unlikely disbanding of the agreement, the proof will need to be in the pudding as it remains critical that non-compliant members toe the line to bring the markets closer to equilibrium,” said AxiCorp market strategist Stephen Innes.

Among OPEC members, Iraq and Nigeria were the least compliant and even the United Arab Emirates, which made additional voluntary cuts in June, overproduced by around 50,000 bpd over the May-July period.

And it found if a prolonged second wave of infections hits China, India, Europe and the United States in the second half of the year, demand could fall by 11.2 million bpd in 2020.

“My expectation would be demand continues to be quite a bumpy recovery,” said Lachlan Shaw, National Australia Bank’s head of commodity research.

Analysts said they could see Brent holding near $45 a barrel but did not expect the market to push much higher in the near term.