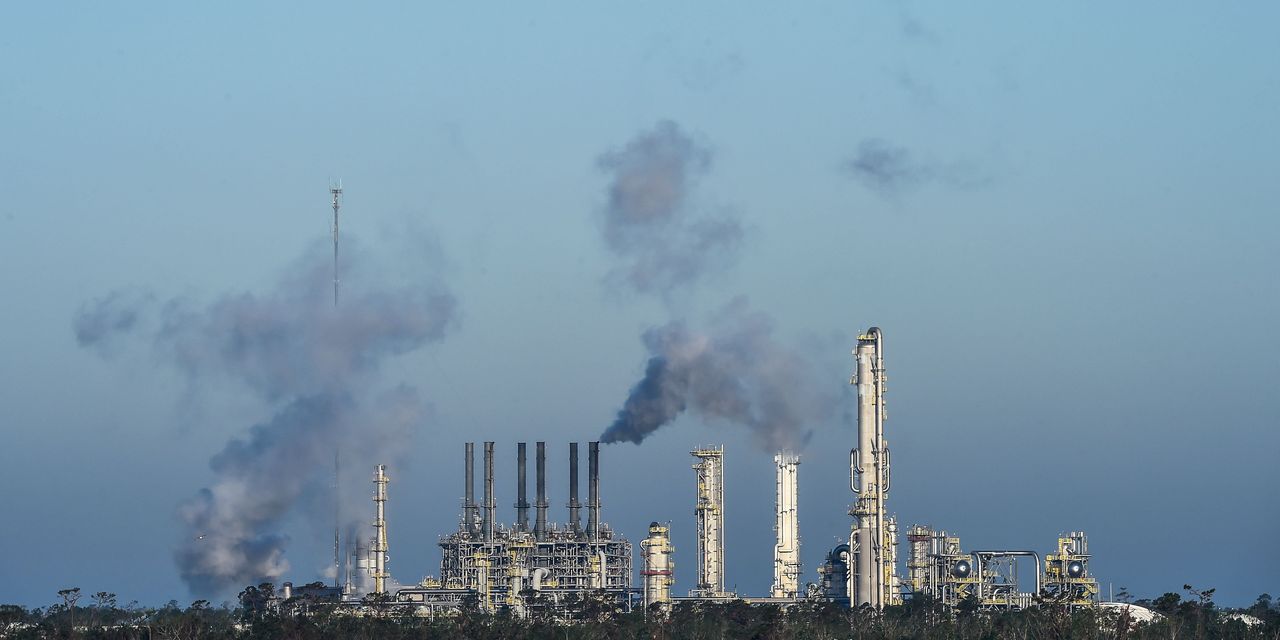 Crude-oil futures finished Monday at their lowest price in a week, with production in Libya, Norway and the Gulf of Mexico set to recover.

Libya lifted force majeure at its largest oil field, producers began restoring output in the Gulf of Mexico following Hurricane Delta, and crude output in Norway looked to recover following the end of an oil-worker strike.

Front-month WTI, the U.S. benchmark, and global benchmark Brent on Monday both marked their lowest settlements since Oct. 5, according to Dow Jones Market Data.

With the passing of the hurricane and the resolution of the strike in Norway, “investors are more concerned about the higher output in the face of subdued demand,” said Mihir Kapadia, chief executive of Sun Global Investments, in emailed comments. “However, more disruptions in the Gulf are likely in the coming weeks as the hurricane season continues. This could see prices increase again as workers will be expected to halt production during this time. ”

Hurricane Delta hit Louisiana as a Category 2 storm with sustained winds of over 100 miles an hour on Friday. The Bureau of Safety and Environmental Enforcement estimated Monday that 69.4% of oil output in the Gulf of Mexico remained shut in due to the storm, along with 47.1% of natural-gas production. That’s a big improvement from Sunday, when 91.01% of oil output and 62.15% of natural-gas production were shut in.

Offshore output was returning in the aftermath of the hurricane, said Robbie Fraser, senior commodity analyst at Schneider Electric, in a note.

The year 2020 has seen “a record hurricane season with repeated disruptions in the Gulf of Mexico, and is expected to trigger some volatile inventory data over the next 1-2 weeks,” he said. He also pointed out that weekly inventory data from the Energy Information Administration will be delayed to Thursday because of Monday’s federal holiday.

Norwegian oil producers and workers reached a wage deal on Friday, ending a strike that had curtailed output in the North Sea by more than 300,000 barrels a day and had threatened to further weigh on production this week.

Meanwhile, Libya’s state-owned National Oil Co. on Sunday said it had lifted force majeure at Sharara, its largest oil field, after a military commander lifted a monthslong blockade. NOC didn’t disclose the current level of output at Sharara, which has a capacity of around 300,000 barrels a day, according to S&P Global Platts.

Bloomberg, citing a person with knowledge of the situation, reported that the field will initially pump 40,000 barrels of crude a day, reaching its capacity of almost 300,000 barrels a day next week. That would roughly double Libya’s output and complicate efforts by the Organization of the Petroleum Exporting Countries and its allies, known as OPEC+, to manage supply in the face of demand curtailed by the COVID-19 pandemic.