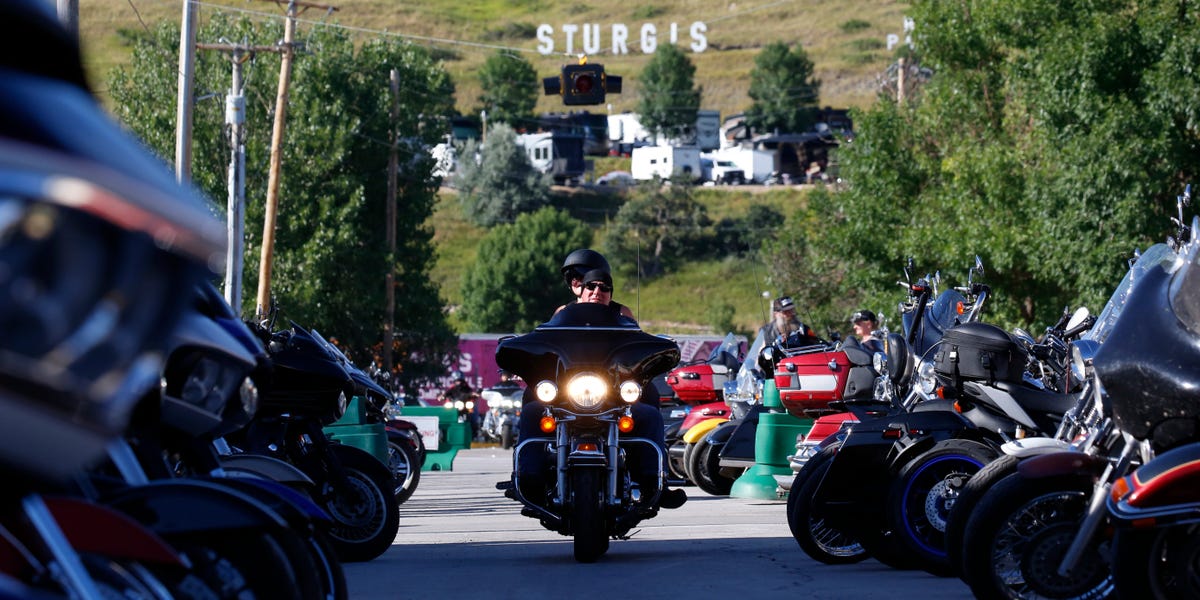 Less than a week after the close of a massive 10-day motorcycle rally in Sturgis, South Dakota, health officials in the state, as well as in Nebraska and Minnesota, have traced multiple new COVID-19 cases back to the event.

The rally, which drew hundreds of thousands of bikers to Sturgis, has been connected with 15 new COVID-19 cases in Nebraska, seven in Minnesota, and several new cases in South Dakota, according to CNN. Social distancing and mask-wearing were relatively sparse at the rally, according to The New York Times.

Kris Ehresmann, director of the infectious disease division of Minnesota’s health department, told CNN that the state expects its number of positive tests tied to the rally to increase in the coming days.

The rally was one of the largest public gatherings in the US since the coronavirus pandemic began, with South Dakota’s department of transportation counting 462,182 vehicles entering the city during the event.

Phone-location data aggregated by the data firm X-Mode Social revealed that visitors came to Sturgis from all parts of the US, including states that recently experienced surges in COVID-19 cases like Arizona, Texas, and Georgia.

This year’s rally, which was the city’s 80th, occurred despite opposition from Sturgis’ own residents. A majority of its residents favored postponing the event, according to a city-sponsored survey sent to 3,290 homes.