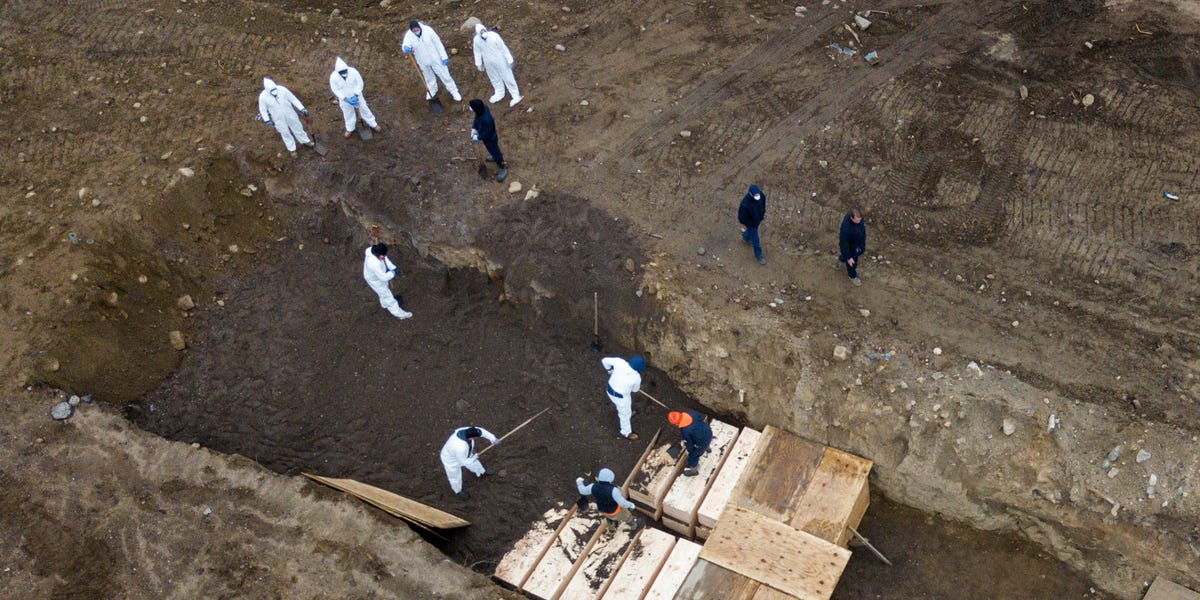 NYC coronavirus outbreak was roughly as deadly as 1918 Spanish flu

The coronavirus outbreak that ravaged New York during the spring, leaving bodies piled in refrigerated trucks, has largely ended there. In taking stock of the damage, researchers have found that those few months were roughly as deadly for the city as the peak of the 20th century’s most devastating pandemic.

A study published Thursday in the Journal of the American Medical Association drew this conclusion based on data about “all-cause” deaths. The analysis compared New York City’s excess deaths in the spring of 2020 to excess deaths at the city’s local peak of the 1918 flu pandemic.

It found that per capita, about 287 people out of every 100,000 died per month in New York during the 1918 pandemic peak, while there were about 202 deaths per 100,000 people each month during the spring coronavirus outbreak.

But the US overall has much lower mortality rates now than it did in the 1910s because of technological and medicinal advancements. So the COVID-19 outbreak more than quadrupled death counts from the previous year, while the Spanish flu merely tripled them.

“What 1918 looked like is basically this,” Jeremy Faust, the study’s lead author and an emergency-medicine instructor at Harvard Medical School, told The New York Times. “I want people to realize the magnitude of what we just saw this spring, what we’re seeing now again, is truly historic.”

Despite modern medicine, coronavirus deaths were comparable to Spanish flu

But comparing deaths overall — from any cause — with death counts from past years enables scientists to measure the impact of a pandemic, since it can be hard to determine the cause of each death when hospitals and morgues are overwhelmed. Pandemics can also lead to death from other causes— for example, a lack of hospital beds can delay treatment for other issues, and some people may avoid seeking care for fear of catching the virus. Mental-health struggles play a role as well: In a CDC survey, 11% of American adults said they seriously considered suicide in June.

The strain of influenza behind the 1918 pandemic, often called “Spanish flu” because Spain was the first country to widely report on its outbreak, ultimately killed 50 million people worldwide, including 675,000 in the US.

During the peak of that pandemic, 31,589 people died in New York City. During the first two months of its coronavirus outbreak (March 11 through May 11), the city saw 33, 465 deaths. But the New York population is nearly 3 million people larger today than it was in 1918. So the Spanish flu caused more excess deaths  — the number of deaths beyond what’s expected for a given time period — in New York than the coronavirus. The city’s death rate this spring was about 70% of what it was during those deadly months of 1918.

In 1918, people simply died more often, for all kinds of reasons, Faust said: “It was a less healthy and a less safe world.”

Hospitals in 1918 had no antibiotics, no IV drips, no intensive-care units, and no ventilators. With the new coronavirus, the world had a head start thanks to new technology and medicine. We had much more capacity to be prepared. Yet the impacts are alarmingly similar.