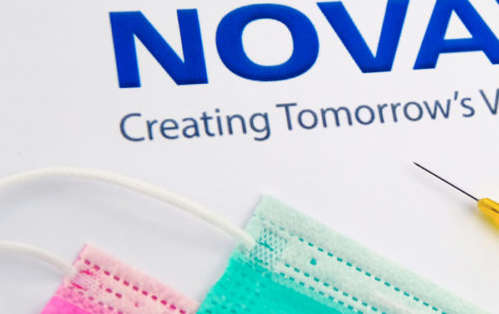 Novavax Is the Ultimate Coronavirus Stock

No company was better prepared for the novel coronavirus, than Novavax (NASDAQ:NVAX). You could have gotten NVAX stock for under $5 a share in January. It opened for trade August 19 at $142. That’s a market cap of nearly $9 billion for a company that had sales of $18.8 million last year.


But that may not be out of line.

The company is collecting $1.6 billion from the U.S. government for development of its COVID-19 vaccine. It has a contract to supply 60 million doses to the U.K. Novavax is signing manufacturing deals that could produce nearly 3 billion doses of its candidate, called NVX-CoV2373, which has just started a clinical trial.

Why So Confident in NVAX Stock?

Partners and nations are rushing to Novavax’ side because it has been working against coronaviruses for many years.

The company is built around Matrix-M, a plant-based adjuvant that enhances the effectiveness of vaccines. It was acquired with a Swedish company in 2013.

Two years later, after a $89 million grant from the Bill and Melinda Gates Foundation, Novavax had an Ebola vaccine candidate. Its pipeline also includes vaccines against SARS and MERS. What’s important is that these are all coronaviruses, like COVID-19.

Ironically, Novavax’ main coronavirus vaccine candidate, dubbed ResVax, failed clinical trials in both 2016 and 2019. The first failure forced a 30% layoff, the second a 1:20 reverse stock split. The shares were worth more five years ago than they are today.

But the adjuvant, combined with and Novavax’ long experience, has created a huge market in NVAX stock. It started in March, then accelerated in May. The shares tripled in value over one week after it won development funding from the Coalition for Epidemic Preparedness Innovations (CEPI) and began enrollment for its first trial in Australia.

There remain big risks. There is no guarantee Novavax’ vaccine will work and its track record isn’t great.

Missed revenue estimates provided an excuse for speculators to take profits August 10. Shares plunged after earnings, from a high of $181 to a low of $112. They have since made back half the ground.

Novavax isn’t alone in raking in big bucks for COVID-19 vaccines before it can prove one works. AstraZeneca (NYSE:AZN), Sanofi (NYSE:SNY), Moderna (NASDAQ:MRNA) and Inovio Pharmaceuticals (NASDAQ:INO) have also signed giant contracts from a world hungry to escape lockdown. The race has become a gold rush.

However, if NVX-CoV2373 or its competitors show even 50% efficacy, with minimal side effects, it would be a game changer. Successful vaccines could split a $100 billion market and share $40 billion in profits. That would make Novavax’ current market cap cheap.

There’s a lot of hope in the market’s reaction to the COVID-19 vaccine race. Governments are throwing money at companies like Novavax, hoping that will quickly solve an intractable global problem.

Money alone won’t work. It will take time. Novavax’ vaccines have failed in late-stage trials before. There are no guarantees anywhere. The chances of finding a vaccine that’s 98% effective are not great.

The speculation around Novavax, and the other COVID-19 vaccine makers, is a triumph of hope over experience. It happens that Novavax has more experience than other players. By early 2021, we should know if it had enough.

Dana Blankenhorn has been a financial and technology journalist since 1978. He is the author of the environmental thriller Bridget O’Flynn and the Bear,  available at the Amazon Kindle store. Write him at [email protected] or follow him on Twitter at @danablankenhorn. As of this writing he owned no shares in companies mentioned in this story.

Gallery: 5 Stocks to Buy Because of Heavy Insider Buying in July (InvestorPlace)