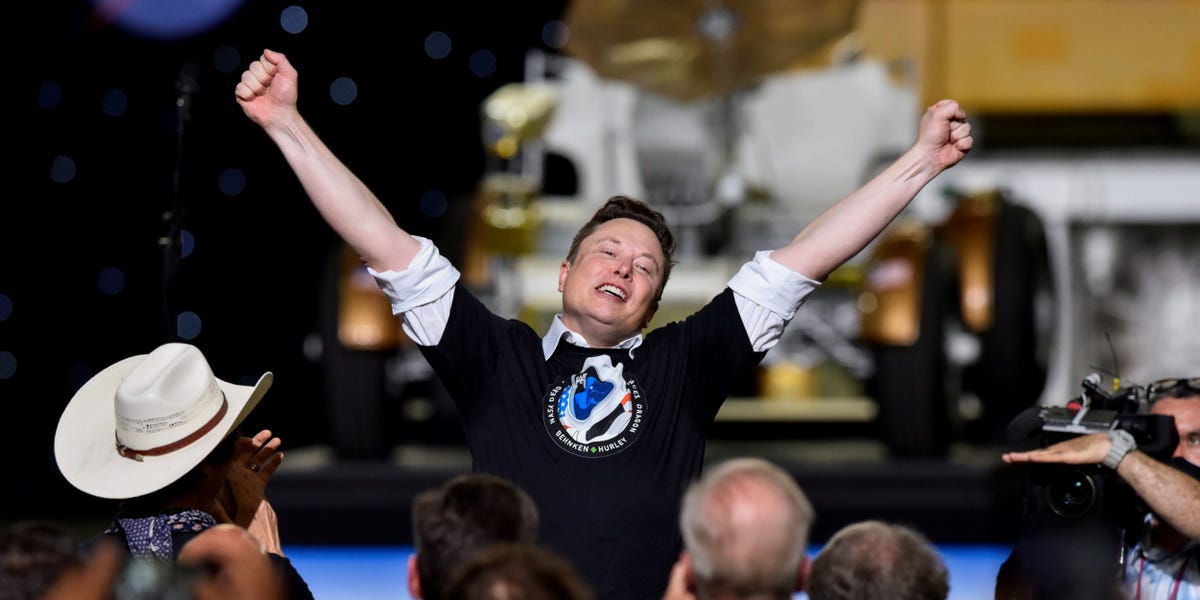 Lots of billionaires have gotten richer during the coronavirus pandemic, but no one has made more money than Elon Musk.

The Tesla and SpaceX CEO’s net worth rose 197% between March 18 and August 13, according to a new analysis by left-leaning think tank the Institute for Policy Studies (IPS) released Monday.

Musk’s net worth has grown even more over the last week. He added nearly $8 billion to his fortune on Monday alone, making him the fourth richest person on the planet and bringing his net worth percentage increase since March 18 up to a whopping 246%, according to Bloomberg’s estimates. (His latest estimated net worth, per the Bloomberg Billionaires Index, is $84.8 billion.)

The surge in Musk’s fortune has paralleled the surge in Tesla’s share price. The stock is up 732% in 2020 alone.

A representative for Musk at Tesla did not respond to Business Insider’s request for comment on the billionaire’s net worth.

An unprecedented 56 million Americans have filed for unemployment benefits over the past 21 weeks, far surpassing the 37 million claims filed during the 18-month long Great Recession that ended in 2009. At the same time, experts predict that more than 28 million Americans could lose their homes after falling behind on their rent since the federal eviction moratorium expired.

Though Musk’s gains far outstrip those of any other billionaire, the South African native is far from the only member of the three comma club to get richer over the past five months.

As of August 13, Amazon’s Jeff Bezos had seen his net worth grow 68% since mid-March, while Mark Zuckerberg’s fortune grew 75% to a new all-time high, IPS reports. Thanks to their recent net worth boost, the 12 richest Americans are now worth more than $1 trillion combined, according to IPS’s calculations.

Calls for a specialized tax on billionaire’s fortunes have strengthened as a result, especially as governments face ballooning budgets and falling tax revenues because of the pandemic. Sen. Bernie Sanders introduced one such bill to tax what he called “the obscene wealth gains” of billionaires during the pandemic in early August.

2020-08-19
Previous Post: Realty Income Stock Is a Loser Given Its Poor Historical Track Record
Next Post: Lowe’s employees weigh in on the company’s controversial mask policy