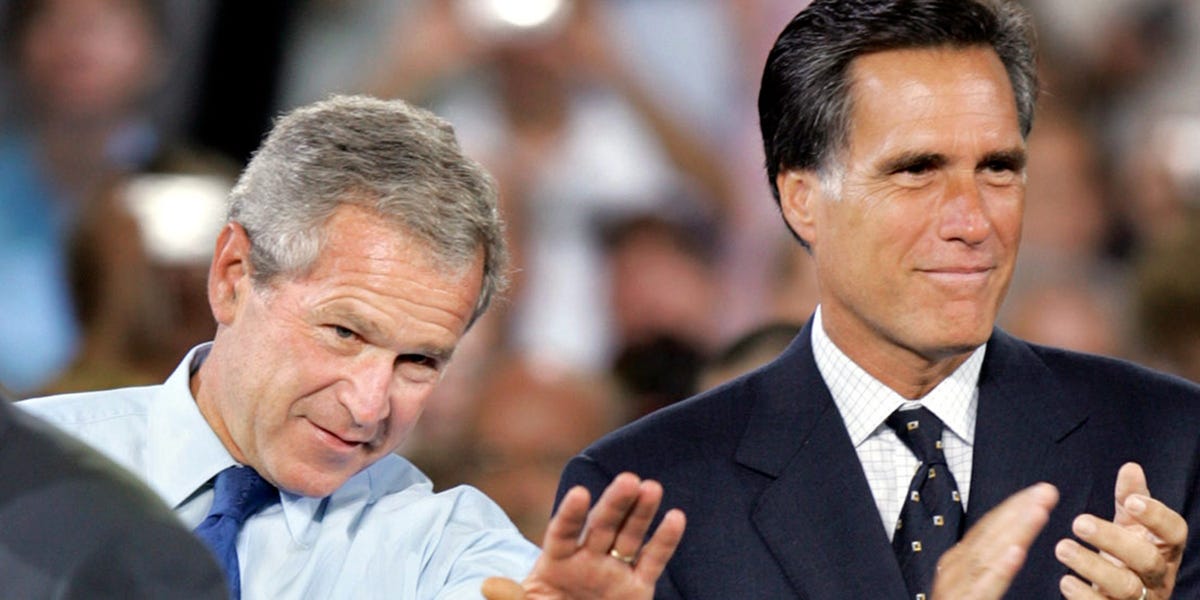 Hello, everyone! Welcome to the new edition of Insider Today. Please sign up here.

QUOTE OF THE DAY

“They want to enslave you to the weak, dependent, liberal victim ideology to the point that you will not recognize this country or yourself.” — Kimberly Guilfoyle, Trump campaign fundraiser and Donald Trump Jr.’s girlfriend, speaking at the RNC last night about Democrats.

Melania Trump and Mike Pompeo will speak tonight at the GOP convention. Last night’s speeches featured the Donald Trump Jr., Tim Scott, the McCloskeys, and Kimberly Guilfoyle, and focused on the culture war.

Jacob Blake is paralyzed from the waist down, according to his father. The Sunday shooting of Blake by Kenosha, Wisconsin, police officers has sparked protests, which have been met with tear gas.

FDA Commissioner Stephen Hahn apologized for exaggerating the benefits of convalescent plasma. Hahn and Trump both wildly misinterpreted the data about plasma, which the FDA gave emergency approval to this weekend despite scantly clinical evidence.

Jerry Falwell Jr. has resigned as president of Liberty University. He’s involved in a bizarre sex and payoff scandal involving his wife and a much younger man. Falwell initially agreed to leave, reneged, and then announced his exit on Tuesday after negotiating with Liberty’s board.

VIEWS OF THE DAY

Who’s not at the RNC? Just about every Republican who mattered for the last 25 years.

In 2020, the Republican Party has no platform except Trumpism. The best way to appreciate  just how completely Trump has remade the GOP is to make a list of recent Republican Party leaders — the people who defined the party for the last generation — and see what they’re doing this week.

Mitt Romney, the Republican presidential nominee before Trump, won’t speak at the RNC and isn’t welcome. In fact, he’s loathed.

John McCain, the nominee before that, is dead, but his widow Cindy spoke at the DNC, and it’s clear John McCain would not have been welcome at Trump’s convention.

George W. Bush, the last Republican president, won’t speak at the RNC, doesn’t want to be there, and probably isn’t welcome.

Paul Ryan, the last Republican Speaker of the House, won’t speak and has vanished from politics.

John Boehner, the Republican speaker before that, won’t speak and is revolted by what’s happened to his party.

Condoleeza Rice, the last GOP secretary of state before that, won’t speak and isn’t welcome.

Colin Powell, the GOP secretary of state before that, won’t speak and isn’t welcome, and just addressed the DNC.

Trump leads an ostensibly conservative party, yet it conserves so little. — DP

Kimberly Guilfoyle, one of the Trump campaign’s chief fundraisers, gave an RNC speech the boss could be proud of.

In my new column, I argue that Guilfoyle’s speech was bombastically unhinged and factually-bereft, and commanded the audience to view Democrats as an existential threat to their lives.

Think I’m exaggerating? Here’s an excerpt from half-way through the six-minute speech:

“They want to destroy this country and everything that we have fought for and hold dear. They want to steal your liberty, your freedom. They want to control what you see and think and believe so that they can control how you live. They want to enslave you to the weak, dependent, liberal victim ideology to the point that you will not recognize this country or yourself.”

Totally healthy rhetoric coming from a primetime speaker at one of the US’ two major political parties’ conventions.

Guilfoyle — formerly a Fox News host, prosecutor and first lady of San Francisco, and current girlfriend of Donald Trump, Jr. —  wasn’t quite through painting the upcoming election as a scorched-earth war of attrition:

“Don’t let [the Democrats] step on you. Don’t let them destroy your families, your lives, and your future. Don’t let them kill future generations because they told you and brainwashed you and fed you lies that you weren’t good enough.”

To be clear, Democrats spent last week painting Trump as an existential threat to the country’s future, but they at least had some evidence to work with. The US remains crippled by the coronavirus pandemic, thanks in no small part to Trump’s disastrous response, which included politicizing the use of masks, attacking states who locked-down at the beginning of the crisis, and putting his crony son-in-law Jared Kushner and his rich-kid buddies in charge of securing PPE.

The results speak for themselves. Double-digit unemployment. The most devastating rate of coronavirus infections and deaths of any rich country in the world. Trump’s managed to make a US passport essentially worthless. (We can’t even go to Canada.)

So while the Democrats exaggerated (sometimes called “lying”) plenty during their four-day infomercial, none of the DNC speakers came close to the apocalyptic rhetoric of Guilfoyle.

And that was only night one. — Anthony Fisher

Won’t you be my neighbor?

The most racist portion of last night’s RNC was a sit down with the McCloskeys, the St. Louis couple who brandished weapons to warn protesters away from their mansion during Black Lives Matter protests.

Mark and Patricia were there to represent “quiet neighborhoods around the country” and the people who populate them — people concerned about violent protests and “Marxist liberal activists… walking the halls of Congress.” The speech was one long racist dog whistle.

The chat was one part Saturday Night Live skit, one part time machine. Trump often talks of his base wishing to return to a bygone era, and the McCloskeys took us to 1988, when George HW Bush turned Willie Horton — a Massachusetts prisoner who raped a woman and bound and stabbed her boyfriend while out on furlough from prison — into a campaign issue.

None of this is surprising coming from the Trump campaign, even though Trump had promised a more positive, upbeat RNC. Racism was always going to be the message: What’s disturbing is who the GOP thinks is an adequate messenger. There is no way you would want the McCloskeys to be your neighbors — a profile of them from the St. Louis Post-Dispatch illustrates why. They have no decency.

Here are some of the highlights:

I could go on, because it’s a stunning (Trumpian, even) legal record. But it’s upsetting and you need to get on with your day.

If these are the kind of people you’d want in your neighborhood, good luck and God bless. In more normal times, it’s hard to see these people getting a spot in a national convention. But these are not normal times. Before, Republicans at least wanted to seem like decent people representing decent people — but decent people the McCloskeys are not. That used to matter. — Linette Lopez

On Sunday, the FDA and the president touted wildly misleading data about convalescent plasma to justify their approval of the COVID treatment for emergency use. As the New York Times details in this story, FDA leaders and the president claimed the plasma cut COVID deaths 35%, which is not even remotely true.

This episode should alarm anyone who hopes the Trump administration can administer a successful vaccination campaign. Once again (see: hydroxychloroquine), the Trump COVID team has approached public health as a form of marketing — acting as if their job is to sell plasma, not stop the pandemic.

Trump’s greatest skill is hype, but hype is the enemy of public health. The job of public health officials is to build trust, so that the citizens believe what their government is telling them, and then act responsibly. Tony Fauci’s straightforward, realistic style grates on the president, who only likes to hear good news. But that kind of harsh honesty encourages listeners to actually believe what you’re saying.

Hype builds false expectations — deaths down 35%! — and when the treatment fails to meet them, the public is disillusioned, and less likely to trust the next claim you make.

With a vaccine, this could be disastrous. As vaccine experts say: Vaccines don’t work. Vaccination works. If you create a safe and effective vaccine but citizens refuse to take it, you’ve failed. Each time the Trump administration oversells a COVID treatment, it makes the public more and more skeptical, and less and less likely to trust a vaccine. —DP

The economy and stock market perform significantly better under Democratic presidents than Republican ones. A British investment bank crunched data going back to 1946 and found the S&P performed nearly twice as well under Democratic administrations.

Ruby Tuesday is shutting down restaurants without warning staff. The troubled chain has already closed about 150 of its 450 locations in 2020.

Everything you missed in the first trailer for “The Batman.” Lots of the clever details. Plus, someone has already solved The Riddler’s briefly shown puzzle.

Starbucks has released the Pumpkin Spice Latte earlier than ever. The Aug. 25 release will bring an orangey happiness to PSL fans.

“Look what I did.” Claudia Conway posts TikToks celebrating her parents’ departure from politics.

Missing Ft. Hood soldier reported being sexually abused to the Army shortly before his disappearance. Sgt. Elder Fernandes, who’s been missing for a week, transferred units because of the abuse.

*The most popular stories on Insider today.