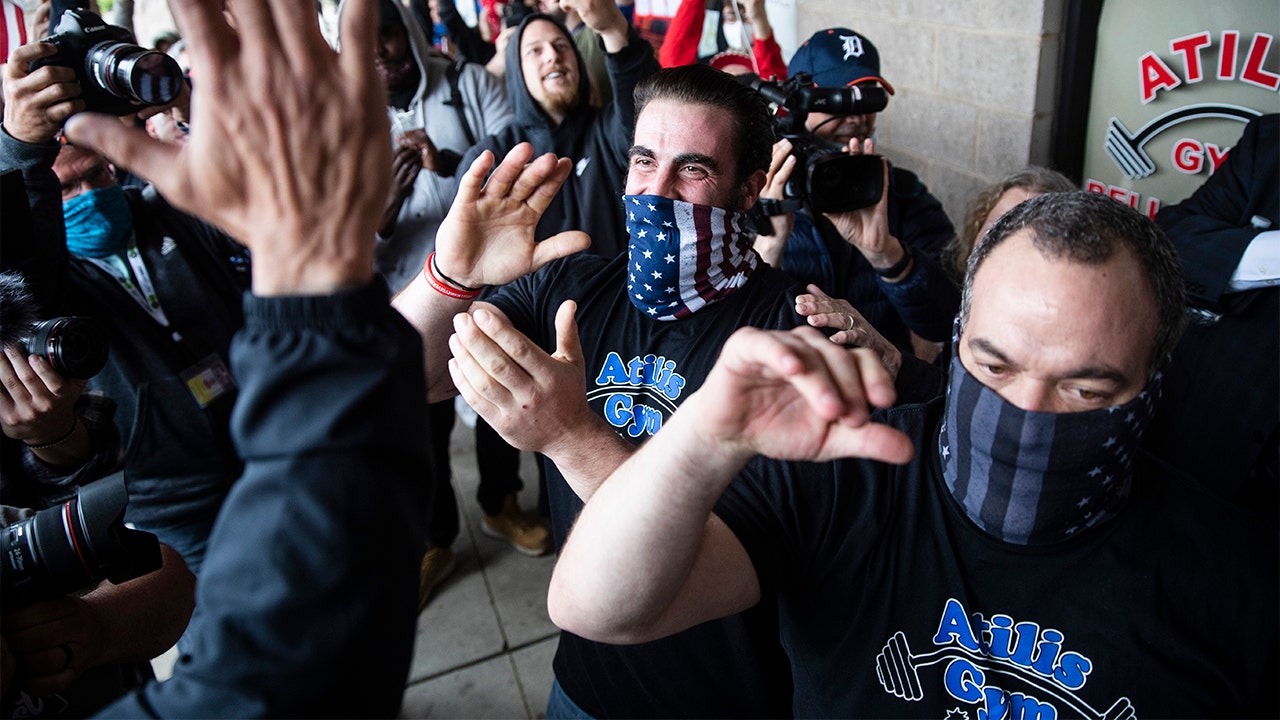 The owners of Atilis Gym in Bellmawr, N.J. told “Tucker Carlson Tonight” Wednesday that their defiance of Democratic Gov. Phil Murphy’s coronavirus lockdown order has led to the revocation of their business license.

“We had our business license stripped yesterday,” co-owner Ian Smith told host Tucker Carlson. “We knew going in what the vote was going to be and it was exactly what we were told it was going to be …

“And it was very clear as soon as we walked in that they were there to accomplish a mission. And that mission was to revoke our business license and enforce the will of Gov. Murphy.”

Smith and co-owner Frank Trumbetti have been engaged in a months-long battle with state and local authorities by simply keeping their gym open.

NEW JERSEY GYM OWNERS WISH OFFICIALS ‘GOOD LUCK’ SHUTTING THEM DOWN, VOW ‘WE WILL BE OPEN’

But Smith said even having their license taken away isn’t stopping them from doing business and claimed Atilis is still welcoming fitness fanatics “as usual.”

“We have the science and data on our side and we’re mandating that he actually prove to us and show us his science and data,” Trumbetti said. “I want to see the science that shows that a New Jersey Transit bus can have 60 people on it in 340 square feet and that you can actually have full-contact sports outside and everything else … Show me the science and the data that proves those points and I’ll close my doors. If not, I’m here to fight until the end.”

The owners agreed that what started out as a fight to keep their small business open has turned into a political statement in support of Americans’ Constitutional rights.

‘This is about much more than just keeping our business open,” Smith said. “We smelled that this was political very early on and our hunch was right. And we don’t want to see the country that we love and the way of life that we love be ruined with a political agenda… I don’t think that we thought it was going to get this far. But we’re not going to tuck our tail and run on this one. We’re going to see this all the way through because it is that important.”