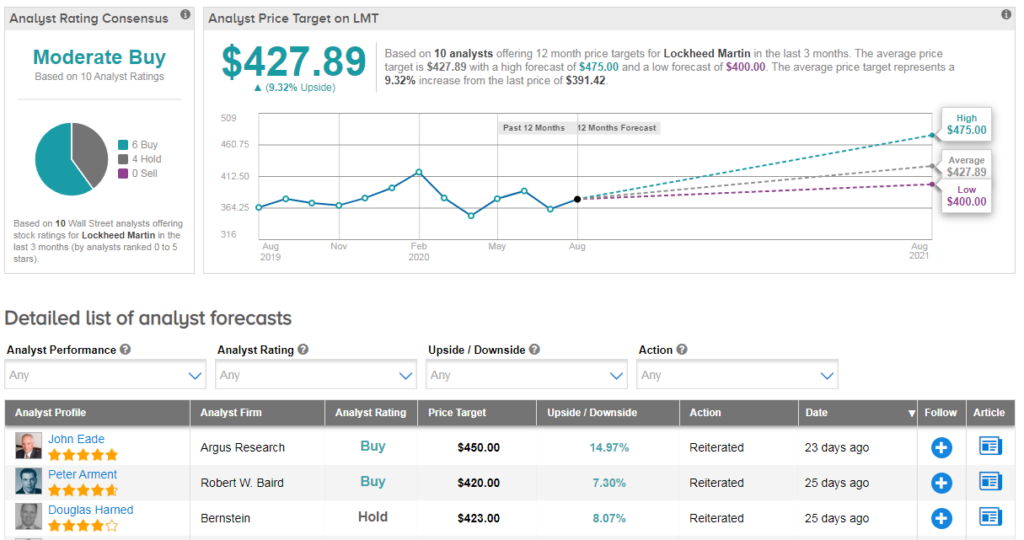 The total value for the initial delivery order is $4,941,105,246 and will be awarded on the same date, the US Department of Defense wrote on August 14.

According to the statement, the initial delivery order is for 90 aircraft, including both the pre-priced recurring core configuration costs at $2,862,797,674 and the engineering change proposal/ undefinitized contract action for the non-recurring costs not-to-exceed $2,078,307,572 obligated at approximately $1,018,370,710.

Work will be primarily performed in Greenville, South Carolina; and Fort Worth, Texas, and should be completed on Dec. 31, 2026.

LMT reported better than feared 2Q results and increased FY’20 guidance for all key metrics, he noted. However sales guidance that was increased for the Aeronautics, RMS, and Space segments as well as consolidated results implies a material slowdown in growth for 2H, from +11% Y/Y in 1H to ~5% in 2H.

“We think that the 2H deceleration is the result of a combination of delayed COVID-19 disruptions, uncertainty regarding the duration of these disruptions, and likely some conservatism” Eisen told investors on July 22. (See Lockheed’s stock analysis on TipRanks).