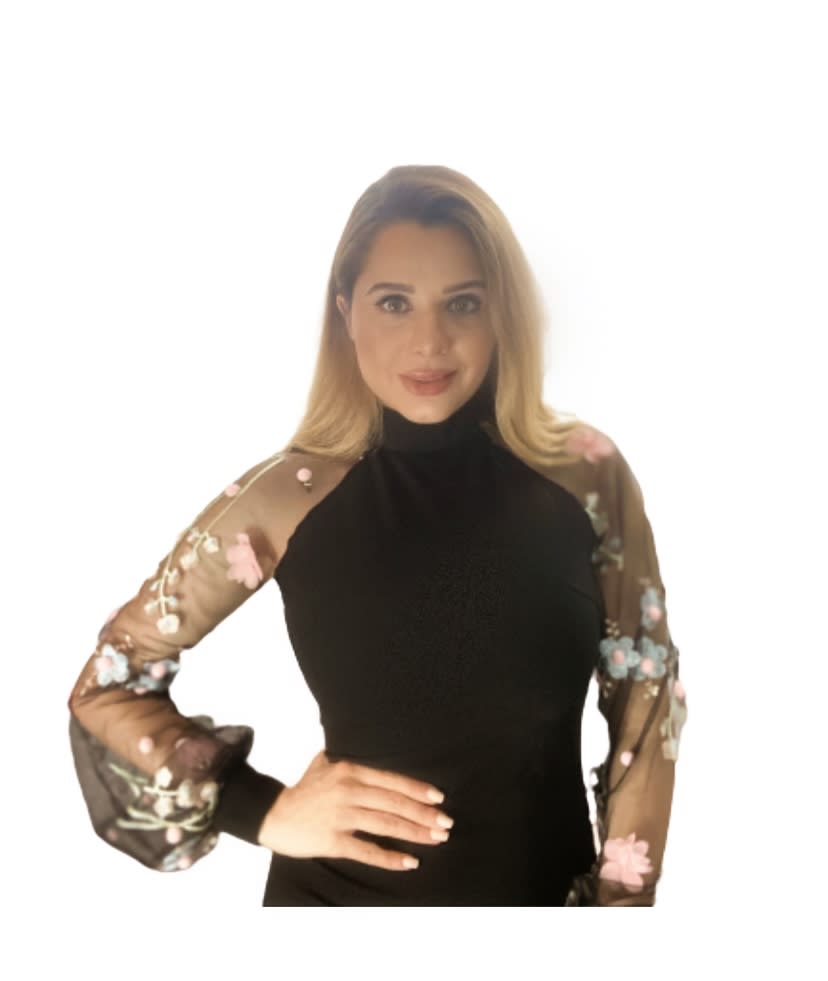 Liana Zavo, The Media Mogul, Is Breaking The Glass Ceiling By Redefining Women In Business

NEW YORK, NY / ACCESSWIRE / August 17, 2020 / Liana Zavo is a self-made serial entrepreneur who has been a powerful advocate of women empowerment. People may know her as the former celebrity-stylist-turned-media-mogul, but leaving behind all the glitz and glamour, Zavo actually grew up in an environment as what she described to be an extreme minority. “As an immigrant from Russia and growing up in the states as a minority – from a political, racial, and religious standpoint, I was on the outskirts of the majority,” she revealed.

But she used her vulnerability and differences to propel her forward instead. “Being a minority woman in business made me stick out in a crowd, and I decided to own it, embrace it, and become fearless in entering any room with confidence in who I am, because I found my true power,” she said.

Behind the Scenes of ZavoMedia

Now, as the founder and chief branding strategist at ZavoMedia, Zavo has finally found her superpower. The New York-based digital marketing and public relations agency was made for the ambitious, professional modern women. Zavo is the chairwoman of a secondary division of the communications company, What Makes A Woman, which is a successful and unique service-based media brand and publishing platform to help women around the world share their unique stories, showcase their expert advice and voice their well-informed opinions. This platform shows and inspires women around the world that even they can have it all. “I’m able to make genuine connections with anyone of any background easily because I understand the power of confidence and vulnerability in your own identity, and that is my power,” she expressed.

Like Zavo, many women have experienced being discriminated against and ostracized – maybe because of their ethnicity or racial background, or perhaps for choosing an entirely different career path in opposition to familial traditions, or through other unique circumstances. Growing up in a household where there were solely men entrepreneurs, Zavo had to change the narrative and break the stigma by becoming the first woman entrepreneur of her family. Shedding light on the gender disparities in the industry, Zavo uses vulnerability to champion the voice of women as they pursue change and inspire others in today’s society. “My mission is to empower women and get them involved from all backgrounds and walks of life to grow, thrive ,and succeed in business,” Zavo said.

Building Up the Success of ZavoMedia

This new arena for business is being built from recycled fragments of the glass ceiling. It welcomes women entrepreneurs where collaboration, consensus, and diversity prevail. In the midst of chaos, vulnerability can be scary for most women as they think that opening up to a highly critical society, especially for new female-owned businesses, maybe risky since they are still fragile and new to the industry. Their mindsets might dictate them to not step forward bravely and just play safe rather than having their reputations tarnished when they are out in the open.

However, For Zavo, vulnerability and confidence were the key factors to her success. “My mission is to help 200 women entrepreneurs become millionaires within the next three years. The community of women in business needs a place where women feel safe and not judged or belittled by the knowledge gaps when it comes to marketing sales, automation systems, and how to leverage her intellectual property, or a rundown mindset about money. We have all been there,” she shared.

But Zavo’s success did not happen overnight. “I never stay complacent in my line of work. It is through constant reinvention and pivoting that I started to see results,” she said. What Makes A Woman platform is a place where smart, practical women go to rise up, get educated, make boss moves, and build their wealth. Zavo also known as ‘The Media Mogul,’ she started her women leadership academy by mentoring 1,500 women in business from orphanages, high schools and colleges over the last five years. Through her popular book club and podcasts, What Makes A Woman Show aka WMW, Zavo shares advice with other groundbreaking female entrepreneurs on her show on how to achieve multimillion-dollar businesses, wealth, love, health and happiness. With over 500,000 people tuning in from the U.S, Europe and Australia, What Makes A Woman Show gets around 80,000 downloads per month. WMW’s unique membership model and wealth support system has attracted some of the top female thought leaders to the platform and is still reaching a global audience of women who turn to the site for business mentorship.

“The problem today is that very few women are making six figures, let alone seven figures, which means very few women hold serious financial power. This leaves most women feeling broke financially and emotionally, trapped in poor marriages and other bad situations, buried in debt, unable to save properly for retirement, and limited in so many ways. I am determined to change all of this. As a strong advocate for women entrepreneurs, I strongly believe that millionaires are made and not born. To be rich in money, time, power, liberty, serenity and happiness, it takes self-awareness, grit and perseverance. We live in a world that runs on keeping women – especially women who are challenging the status-quo – from being the wealthy entrepreneurs that they are capable of. It’s time for that narrative to end,” said Zavo.

Setting An Example Of True Leadership During Difficult Times

The Russian-American entrepreneur, speaker, and internet personality succeeded in building a brand because she knew she had a story to share. Zavo knew how to authentically leverage her story and use her voice to elevate her message and further position herself as a thought leader in the medium space. She is setting an example of leadership and employer resilience, yet again through her excellent support and constant encouragement of her employees. During a time where businesses are closed, millions of people are unemployed and furloughed. Zavo, who hosts the celebrated popular business podcast, What Makes A Woman, is breaking the notion of indifferent employer outlook by paying her furloughed crew’s wages out of her own pocket.

“Furlough has been strictly implemented in various sectors of the business world, and we are maintaining every precaution and promoting these practices across my organization as a way to combat the pandemic,” Zavo sympathized. Everyone in her crew has been supportive and involved since the very first day of the show, and all of their salaries will be taken care of until production is open for business. “I am hoping this has set a benchmark for employers around the world who have been compelled to release employees on pay leave because of the unprecedented crisis,” she boldly stated.

ZavoMedia also extended its pandemic relief program to help 200 women in New York City who lost their jobs during this unfortunate contagion. “As part of the comfort and relief program, we have also launched an initiative to recruit 200 new female freelancers with a knack for media and digital platforms, specifically those who have lost their jobs unexpectedly,” Zavo explained. The criteria for the job doesn’t require a college degree.

“As my organization continues to grow, the engagement of employees with a background in hospitality will further enable my business and organization to provide quality service and customer convenience in the days to come,” she said. “There are many guidelines and standards of service in the hospitality business. By imbibing a customer-centric mindset, and being able to manage work calmly and effortlessly even during tremendous pressure is what pushes a company towards achievement,” says Zavo.

Being a female and a minority leader, she faced many struggles along the way, so she wanted to remain open about her experience and be able to relate and connect with other women who face similar struggles. In June, following the killings of George Floyd, Breonna Taylor and too many other Black lives, and also in the midst of Black Lives Matter protests happening all across the country, Zavo dedicated a whole month of her podcast What Makes A Woman to amplifying the experiences of many outstanding Black women entrepreneurs in a series called #BlackWealthMatters.

What Makes A Woman has always been committed to diversity, and Zavo wanted to take more time to learn further about the racial wealth gap, and how race and racism interfere with wealth building, specifically in the Black community. “I have learned to better understand what it means to be Black in America; to fight racism and try to achieve career and financial success at the same time through my groundbreaking guests on the show,” said Zavo. It’s a reminder that money and power don’t provide protection against racism.

Zavo has spent numerous years and efforts in chasing her dreams and successfully became the media mogul she is today. It wouldn’t have been possible without sheer gut, audacity, and pure intent to not only help herself, but also help the other women who needed empowerment, encouragement and guidance. “I strongly believe in encouragement, and support in building aspiring female entrepreneurs lives and obtaining the wealth and happiness that they deserve,” says Zavo. Looking at Zavo’s life through the years, may this serve as an inspiration to all women and that they should remember that no matter the ethnicity, racial background or social status, you can achieve the things that you want as long as you persevere, keep moving forward, and never back down.