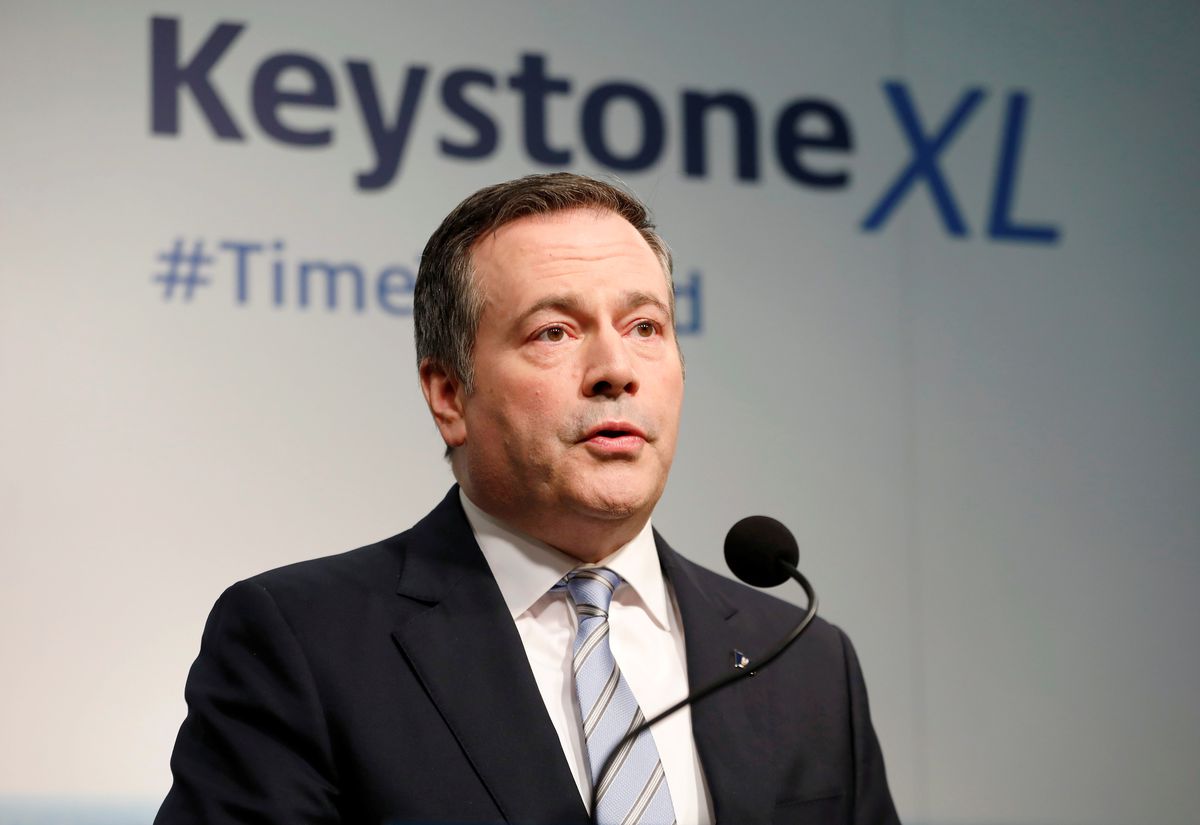 Keep your Opinions sharp and informed. Get the Opinion newsletter. Sign up today.

Re Alberta Is Losing The Oil Sands PR War (Editorial, Aug. 13): The Globe and Mail’s editorial rightly points out that Canada’s carbon tax, aimed for $50 a tonne by 2022, is not a signal of major ambition. The government would need to increase the tax past 2022 to reach $210 a tonne by 2030 to meet its Paris targets, according to last year’s final report from Canada’s Ecofiscal Commission.

However, I find the editorial misses the mark in its argument that greening Alberta’s oil sands will somehow give it a shot in the global market. Oil sands are among the most expensive oil sources in the world. Its staying power has always depended on a high price a barrel, which is not happening any time soon, if ever, because of the oil glut caused by the pandemic, cheaper oil sources and clean energy growth, to name a few reasons.

I believe the oil sands’ financial and environmental viability is low and should not be factored into Canada’s plan for a resilient postpandemic economy. When will our governments finally read the writing on the wall?

“When asked about some international investors starting to shun the oil sands, Mr. Kenney declared it was a passing fad, the ‘flavour of the day.’”

My parents lived in a small coal-mining village in Yorkshire that had its heart ripped out by Margaret Thatcher 30 years ago. There was no “just transition” in those days.

Let not our fossil-fuel workers be led to disappointment and despair by fossil fools.

This type of sustained, inclusive process powerfully facilitates the earning of trust and strengthening of relationships, while better understanding and addressing local concerns. It does this through a meaningful sharing of control, as well as information, in an atmosphere of mutual respect.

This usually paves the way to a more calm, collaborative and technically informed discussion of all relevant issues.

Such stakeholder involvement tends to achieve dispute-resolution goals by combining the scientific rigour of environmental impact assessments, the economic rationality of cost-benefit analysis and the procedural fairness of quasi-judicial hearings, as well as the democratic and good neighbour principles of priority participation by representatives of communities most directly put at risk.

Get out of the way

Re Canada Needs Its Own ‘Build Back Better’ Plan (Report on Business, Aug. 14): Contributor Robert Asselin calls on the Canadian government to match Joe Biden’s industrial policy framework with one of its own. If someone wrote a book about Canadian industrial policies over the past several decades, I believe they would find big outlays of public funds, jobs for friends of the government and firms that received public funds being bought out by U.S. companies, happy to benefit from Canadian subsidies.

Every incoming government claims they have the secret for Canadian economic development. Arthur Kruger, the arch-mandarin with several deputy minister jobs on his CV once said that what Canadian governments should do is limit themselves to providing the infrastructure – good transportation, education and so on – and leave the rest to the private sector.

Current industrial policies deserve some responsibility for the low level of Canadian productivity – about 25 per cent lower than the United States.

Re Thousands Of CRA, Government Service Accounts Disabled By Cyberattacks (Aug. 17): Government services have been pushing people to sign up for online accounts for years. To increase the online take up, the Treasury Board of Canada simplified the process by getting people to access federal services with a unique GCKey credential. To make it even easier, you can register for those services by using your banking credentials. This is a tremendous technical fit! One login and one password can now give people online access to all those banking and government services.

The Treasury Board says now that the recent attacks “took advantage of the fact that many people reuse passwords and usernames across multiple accounts.” Do you see the paradox? They blame Canadians for reusing their login and password, but also enabled a system that does just that: same unique credentials for a large number of critical services.

Whoever dreamed of the GCKey system must surely work with the best security experts. Except they forgot the golden rule: In IT security, the weakest link is the person behind the keyboard. If everyone is pushed online by their government, access needs to be designed for the most tech-vulnerable people, not the tech savvy. But do not hold your breath, because the GCKey system will stay even if it is dangerous for my grandmother.

By June, after a thorough review of her background by the RCMP, she was ensconced at Camp X, enciphering and decoding BSC messages and cables for the famous Hydra coding machine.

One day in the 1970s, she revealed to me that she went through the basic training all Camp X “agents” received. So, her superiors considered her qualified to move to Manhattan, where she sat outside the office of BSC chief Sir William Stephenson for the rest of the war, doing “clerical work” while guarding the door! She was only 27.

Re CFL’s Board To Discuss Fate Of Season After Bid For Federal Loan Falls Through, Sources Say (Aug. 17): Our government has no problem giving WE $43-million to dole out just less than $1-billion for a kids’ volunteer program, but it can’t give the CFL a $30-million interest-free loan. Maybe if Margaret Trudeau was paid to sing the national anthem and Bill Morneau’s family got a flight, hotel and tickets to the Grey Cup, it might get the loan approved.

Letters to the Editor should be exclusive to The Globe and Mail. Include your name, address and daytime phone number. Try to keep letters to fewer than 150 words. Letters may be edited for length and clarity. To submit a letter by e-mail, click here: [email protected]