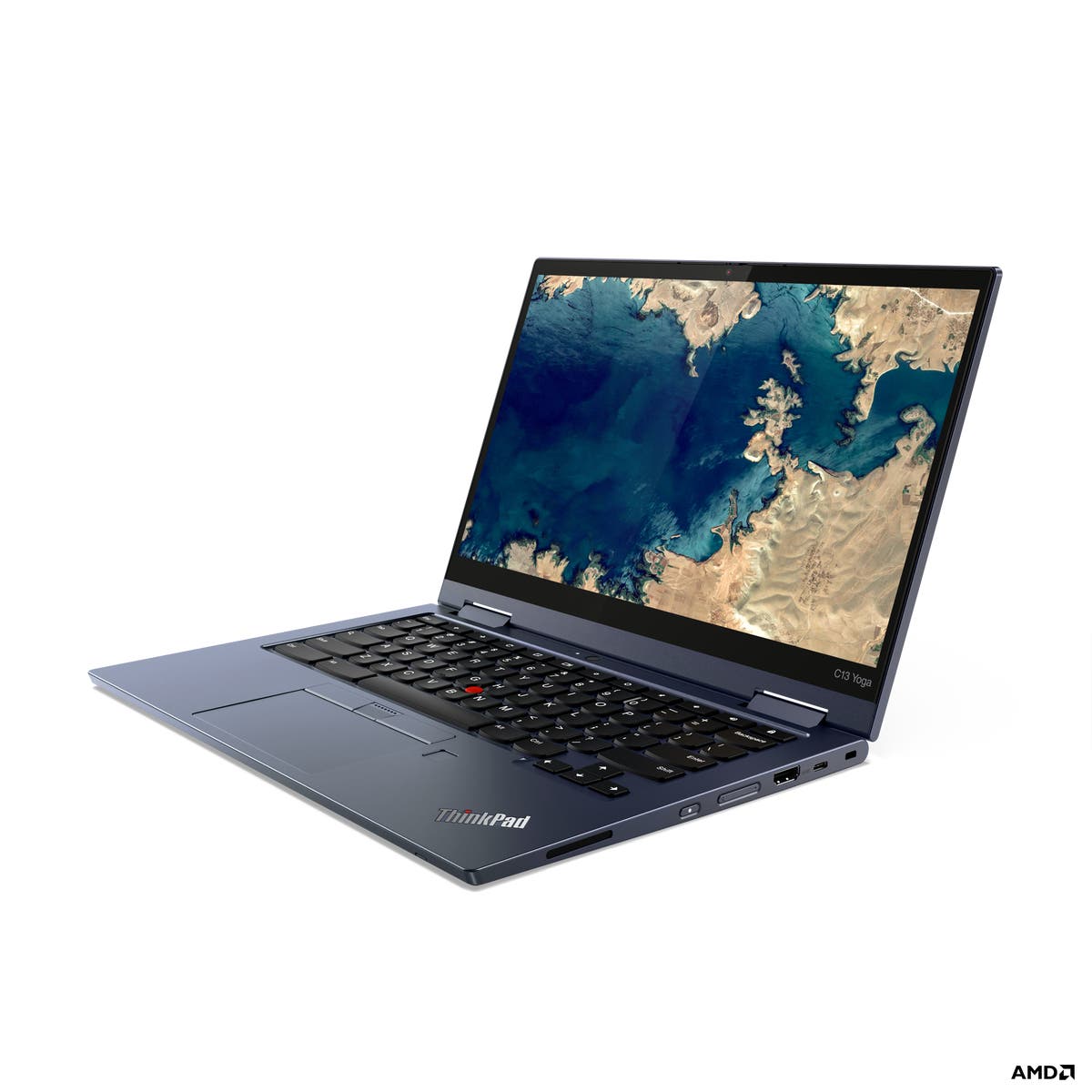 Lenovo Might Just Have Unveiled The Best Business Chromebook Yet

The C13 is aimed at corporates who have bought into the Google world view, with the Chromebook offering support for Google Chrome Enterprise, the version of Google’s cloud apps aimed at big firms. That said, there appears to be nothing in the way of small business users, students or consumers buying the C13 and using it as a regular Chromebook.

The C13 has several features that make it attractive for business use. The 13.3in convertible laptop offers up to 256GB of SSD storage and can be configured with an AMD Ryzen 7 3700C processor, which should offer stronger performance than the Intel Core i3/i5/i7 processors most typically found in business-grade Chromebooks.

The default 13.3in IPS display has a Full HD resolution (a 4K upgrade is available), which is plenty for a screen of that size, especially if you’re dabbing at items on screen with your finger. There’s an optional “garaged” stylus available for the C13 if you seek greater accuracy. The thin 3mm bezels should also help with tablet-style operational when the screen is folded back on the keyboard.

Talking of the keyboard, that is one of Lenovo’s traditional strengths. ThinkPad fans will be glad to see the trademark red trackpoint in the middle of the backlit keyboard, as well as the dedicated buttons for the spacious trackpad below. There’s an optional fingerprint reader to the right of the trackpad for quick log-in and enhanced corporate security.

The HD webcam has a privacy shutter, helping to guard against intruders or accidental video sharing, although it looks awkwardly placed at the top of the keyboard, meaning you’ll have to put the laptop in ‘tent’ mode while videoconferencing. The C13 also offers support for the new Wi-Fi 6 standard, meaning there should be no compromise in wireless internet performance or range (provided you’ve got a Wi-Fi 6 capable router).

The spec looks very promising indeed and will provide stiff competition for enterprise-grade Chromebooks previously released by companies such as Dell, HP and Acer. The starting price is $579, although all those optional extras will surely send the price into four figures.