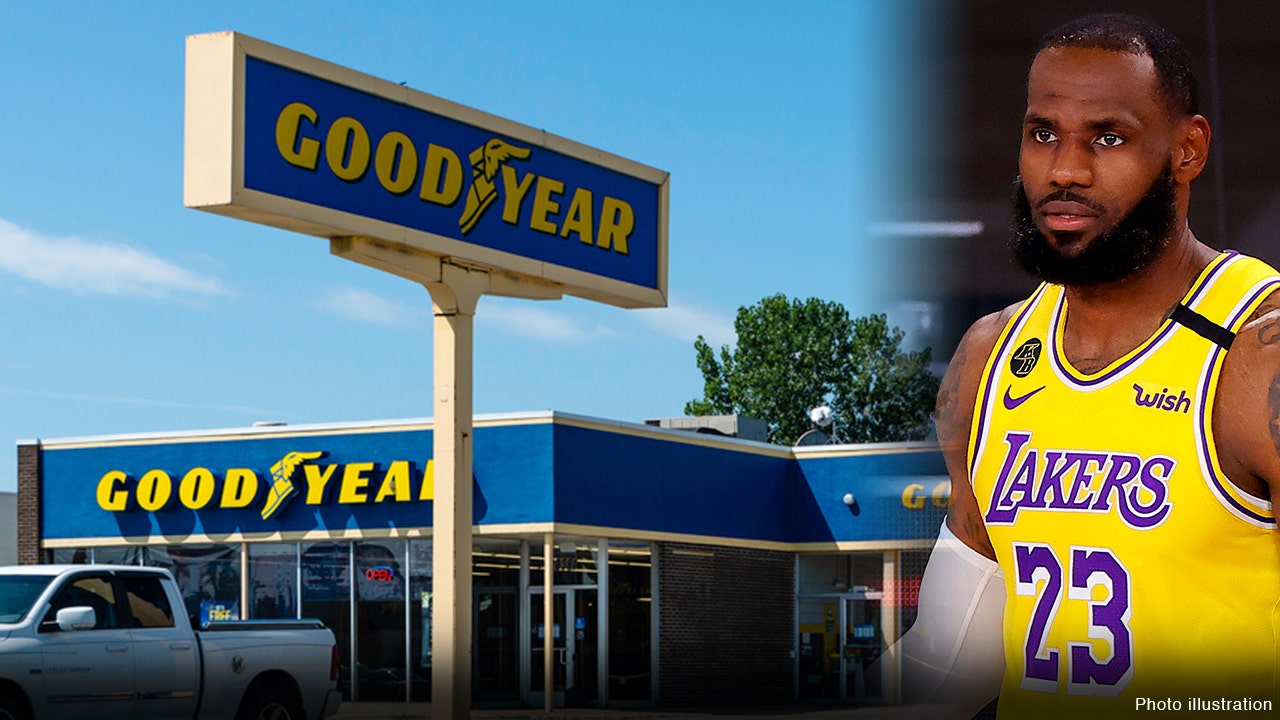 LeBron backs Goodyear amid Trump boycott flap: ‘So proud to call them family’

Los Angeles Lakers star LeBron James expressed his support for Goodyear Tire and Rubber Co. on Friday, days after President Trump called for a boycott of the Ohio-based company over its policy on “Make America Great Again” and pro-police apparel in the workplace.

James is a native of Akron, Ohio, the same city in which Goodyear has its headquarters. Aside from the hometown connection, Goodyear has hosted events for the LeBron James Family Foundation and its “I Promise School” for at-risk youth in Akron.

“We don’t bend and we don’t fold and we don’t break for nobody. So I’m not worried about that,” James said regarding calls for a boycott. “Not only has Goodyear been great for my city, for the history of my city, but for the country and what they represented, it’s unbelievable, unbelievable brand, unbelievable history. So we stand strong and we always unite, especially my city.”

James followed up his comments with a tweet backing Goodyear on Friday afternoon, writing that he was “so proud to call them family.”

Trump called for a boycott of Goodyear products earlier this week after a local news station in Kansas published a slide taken from a presentation at the company’s plant in Topeka. The slide listed “Black Lives Matter” and “LGBT” under acceptable phrases, while the Trump slogan “Make America Great Again” and the pro-police slogan “Blue Lives Matter” were listed under unacceptable phrases.

Trump said it was “up to people” whether to participate in a boycott.

“When they say that you can’t have Blue Lives Matter, you can’t show a blue line, you can’t wear a MAGA hat, but you can have other things that are Marxist in nature, there’s something wrong with the top of Goodyear,” Trump said at a White House briefing on Wednesday.

Goodyear sought to clarify its position in a letter from CEO Rich Kramer, who said the slide in question “was not approved or distributed by Goodyear Corporate or anyone outside of that facility.” The company said its employees can “express support for law enforcement through apparel at Goodyear facilities,” but are asked to “refrain” from wearing apparel of a political nature.

“I deeply regret the impression it has created and want to clarify Goodyear’s position,” Kramer said. “First, to be clear, Goodyear does not endorse any political organization, party or candidate. We have a longstanding corporate policy that asks associates to refrain from workplace expressions in support of any candidate or political party.

“Second, Goodyear strongly supports our law enforcement partners and deeply appreciates all they do to put their lives on the line each and every day for our communities,” Kramer added. “We have proudly supplied tires to police and fire personnel for more than 100 years and that relationship is foundational to our company.”

2020-08-22
Previous Post: A shot in the arm: The Covid-19 vaccine race
Next Post: Stockport Digital Marketing Company Experiences Dramatic Increase In Business As Companies Invest In Online To Counteract The Effects of COVID-19