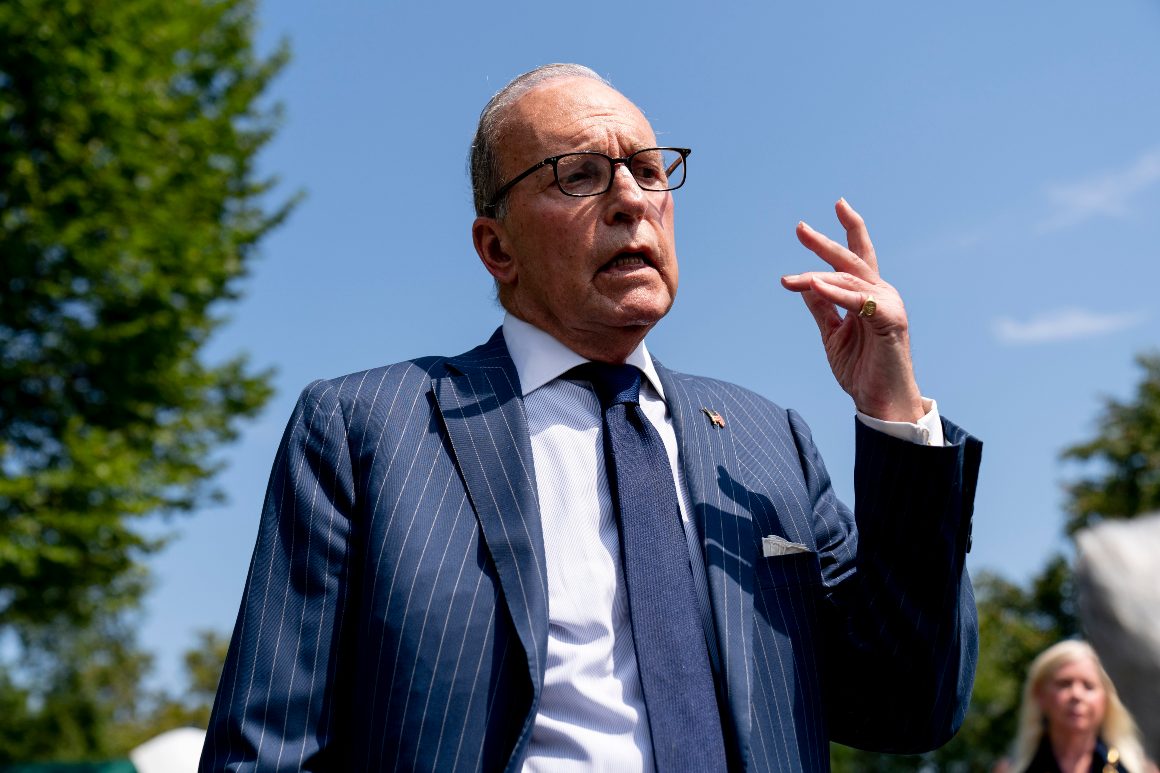 “They are asking too much money, $3.5 trillion, we have already spent over $3 trillion,” Kudlow said. “So much of the Democratic asks are really liberal left wish lists — voting rights and aid to aliens and so forth.”

The HEROES act, crafted by Democratic lawmakers, allocates $3.6 billion for states to go toward election management. The measure passed the House but has not gone through the Senate.

Senate Republicans did not include any funding for state election management in their HEALS Act.

Voting rights have risen in importance during the 2020 campaign because of the coronavirus pandemic, which will likely lead to a dramatic increase in mail-in ballots. Controversial changes to the Postal Service under a new postmaster general recently led to mass delivery delays and sparked fears Trump may be trying to sabotage voting by mail.

Earlier Thursday, the president gave his critics ammunition during an interview on Fox Business.

“They want $3.5 billion for the mail-in votes, OK, universal mail-in ballots. They want $25 billion dollars, billion, for the Post Office,” Trump said. “Now they need that money in order to have the Post Office work, so it can take all of these millions and millions of ballots.”

“Now in the meantime, they aren’t getting there, by the way, those are just two items, but if they don’t get those two items that means you can’t have universal mail-in voting.”

The death of Rep. John Lewis (D-Ga.) last month has also renewed efforts among Democrats to restore the Voting Rights Act of 1965 and name it after the civil rights icon.