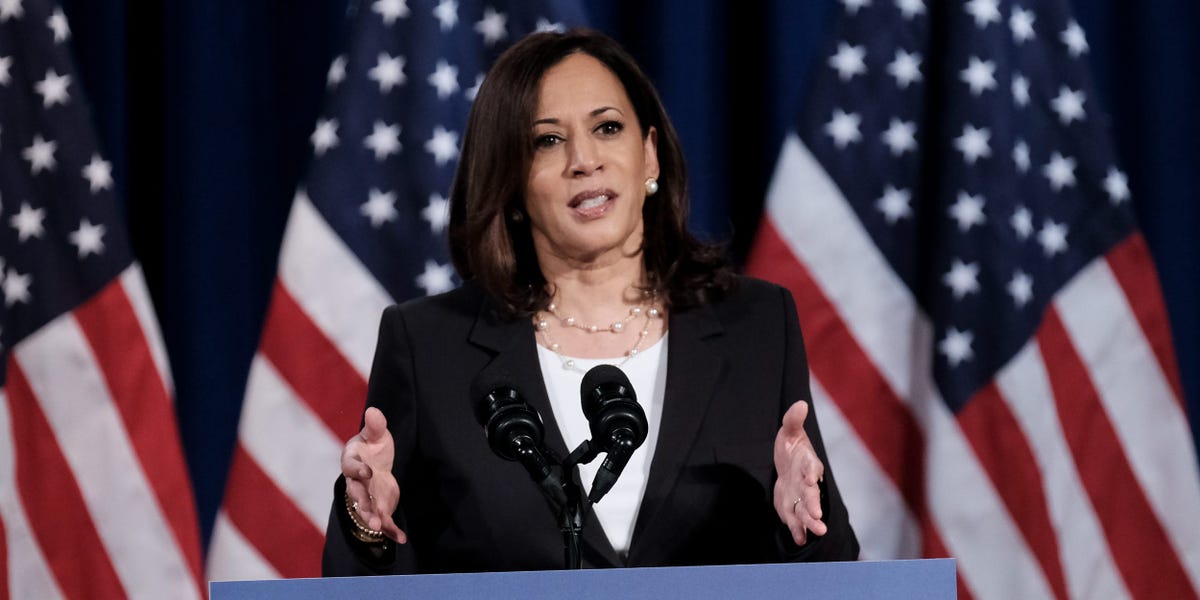 Democratic vice presidential nominee Kamala Harris says she believes the police officer who repeatedly shot Jacob Blake in the back, leaving him paralyzed, should be charged with a crime.

“I don’t have all the evidence,” the California senator told NBC News, but “based on what I’ve seen it seems the officer should be charged.”

Blake, a 29-year-old Black man, was repeatedly shot in the back, in front of his three young children, on Sunday by police in Kenosha, Wisconsin. He is now in a hospital recovering while handcuffed to the bed, his father said Thursday. No charges have been announced against him.

The officer who pulled the trigger has been identified as Rusten Sheskey, a white man who joined the force in 2013.

The US Department of Justice announced this week that its civil rights division would be overseeing a federal investigation into the shooting, which set off days of civil unrest.

Kenosha County District Attorney Michael Graveley said Wednesday that he would wait for the results of that investigation before deciding whether or not to press charges against Sheskey, the Wall Street Journal reported.

Her comments come after prosecutors filed homicide charges against a 17-year-old vigilante, Kyle Rittenhouse, who traveled from Illinois to Kenosha, where on Tuesday he shot and killed two people. A lawyer for Rittenhouse claims he acted in self-defense, an assertion that the criminal complaint filed against him states is contradicted by video.

Have a news tip? Email this reporter: [email protected]