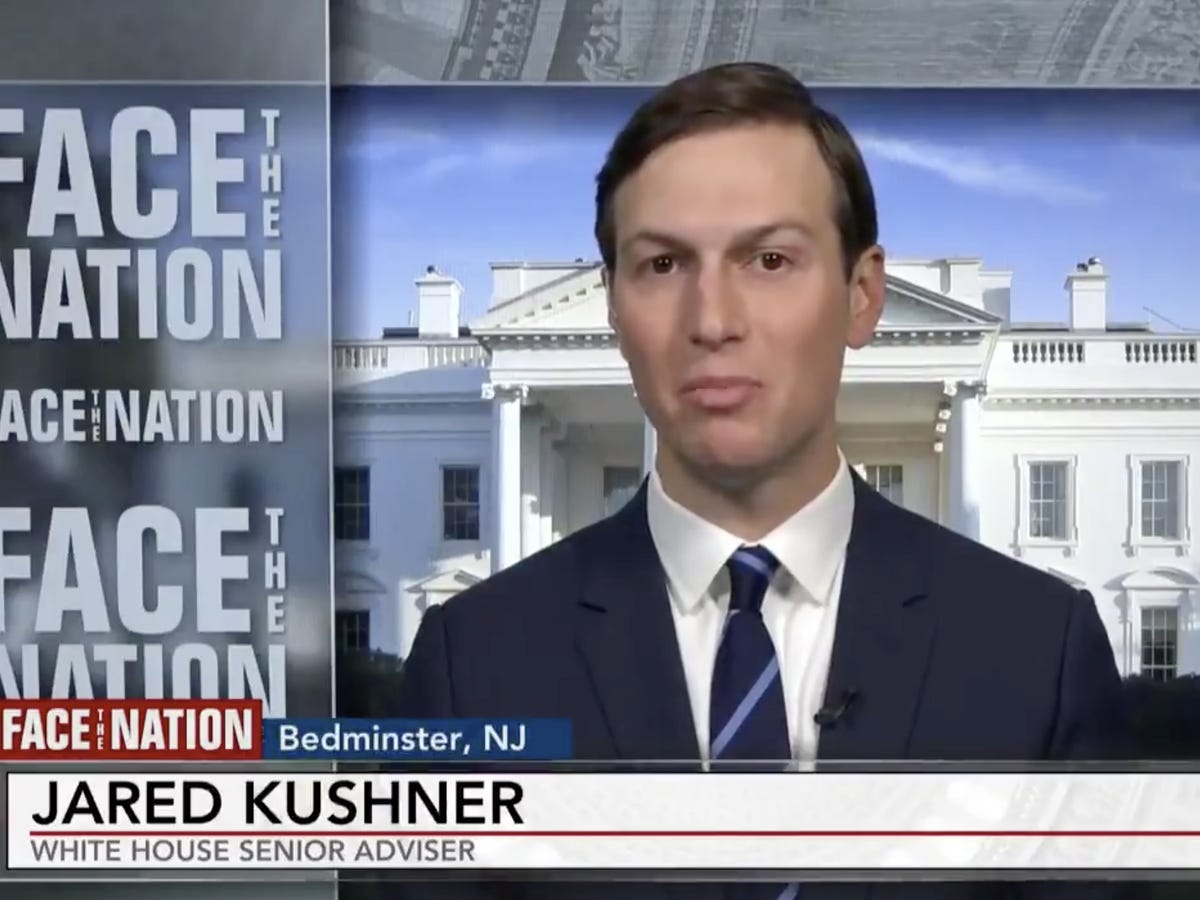 White House senior adviser Jared Kushner, who is married to first daughter Ivanka Trump, said Sunday that he would “absolutely” be sending their children back for in-person classes and has no concerns about doing so.

“Children have a six times higher chance to die from the flu than from the coronavirus,” Kushner said Sunday on CBS’ “Face the Nation.” “Based on the data I’ve seen, I don’t believe that’s a risk. This virus impacts different people in different ways.

“We know a lot more now than we did,” he added. “We will absolutely be sending our kids back to school and I have no fear in doing so.”

Kushner said his children’s school would not be open for in-person instruction five days per week but said he wished it was. Kushner and Trump’s children attend The Milton Gottesman Jewish Day School in Washington, DC, The New York Times previously reported.

“Students in Grades 1-8 will principally use distance learning for academic instruction, with regular in-person opportunities for outdoor education and community building, under the school’s guidance and led by Milton educators,” according to a plan released by the school earlier in August.

According to the plan, school officials have not decided whether students in Pre-K or Kindergarten would be able to return for any on-campus instruction “based on distinct guidance for that age group from local health authorities.”

Schools have become one of the latest political battles of the COVID-19 pandemic, with the president for months advocating that schools reopen for in-person learning. While children typically have a lower risk of the most severe symptoms of COVID-19, children have fallen seriously ill or died from the virus. They can also function as asymptomatic carriers and run the risk of infecting more vulnerable populations.

Some schools that have already opened for in-person instruction have experienced outbreaks and have been forced to temporarily close. The Cherokee County School District in Georgia, for example, opened schools for in-person instruction and did not require face masks. It has already closed two high schools and placed 1,200 students and staff and under quarantine due to outbreaks.

Still, Kushner praised the president’s handling of COVID-19, which has infected at least 5,370,930 Americans and killed approximately 170,000, according to a tally from Johns Hopkins University.

“The president has taken a very aggressive approach, not just in the hot spot but also in what we call the ’ember cities’ to push the different measures we can take, like wearing a mask, social distancing, using best practice,” Kushner said Sunday. “Most importantly, the president really advanced the use of a lot of therapeutics, which is bringing the case fatality rate down.”

2020-08-17
Previous Post: In Lawsuit,’ Fortnite’ Maker to Test Idea of iPhone as Market Unto Itself
Next Post: Railways generates over 5.5 lakh mandays of work under Gareeb Kalyan Rozgar Abhiyan