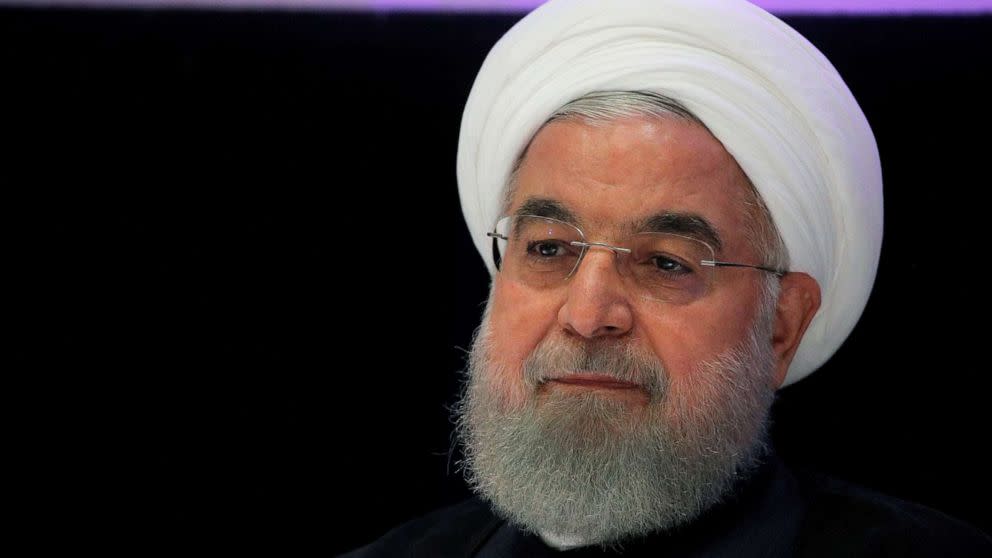 Iran has decided to pre-sell the country’s oil, the main source of the Islamic Republic’s income, to its citizens by offering oil bonds and the government has said it intends to put the oil on the stock market in the framework of an “economic breakthrough”.

The chief of staff of the president of Iran Mahmoud Vaezi said in a rare comment that anyone who “can buy as many as 50,000 to 100,000 barrels of oil on the energy stock market could get a small ship and export it.”

Officials say it is an attempt to overcome the budget deficit the government faces amid the suffocating sanctions imposed on the country by the U.S. as well as the economic impact that country has faced over the coronavirus pandemic.

Iranian President Hassan Rouhani promoted the plan in a session with his cabinet members on Wednesday saying that it is “a safe investment for the people” instead of investing in the gold and foreign currency market.

The president described the plan of domestic sale of oil as a sample of a “people-centered economy” and an effective measure to organize the capital and stock exchange market which is an “important step to counter the enemies’ oil embargo,” as Tasnim News Agency reported on Tuesday.

The U.S. economic sanctions, widespread corruption and domestic mismanagement have pushed Iranians over the years to invest in gold and hard currency in order to protect their money against the devaluation of their national currency and high inflation.

The withdrawal of the United States from the Iran nuclear deal in May 2018 led to the devaluation of rial, Iran’s national currency.

The deal had aimed to ease economic sanctions on Iran in return for Tehran’s commitment to curb its nuclear programs but when the U.S. pulled out of the deal and resumed economic sanctions, Iran’s already ailing economy was badly affected.

The complex economic conditions of the country has made the selling of oil on the international market a Herculean task and experts say they are suspicious about the long-term success of the oil preselling plan.

“I have never heard of any other top oil exporters taking such a move,” said Iranian economist Mousa Ghaninejad to ABC News.

Ghaninejad says that while selling bonds is a standard tool that a government can use to help with a budget’s deficit, he does not see it as a viable option for Iran given the current circumstances.

“It sounds like there are people in the administration who want to reinvent the wheel from scratch. It is not how the global economy works” he added, saying the plan is “vague and unclear.”

The head of the energy stock market Ali Hosseini clarified that the pre-sale of oil bonds, set to be offered on the market as of Sunday, are different from President Rouhani’s “economic breakthrough” plan.

“These bonds are offered based on the National Oil Company procedure of selling bonds … They are two-year bonds with an interest rate of around 19%,” Hosseini said in an interview with the Islamic Republic News Agency on Friday.

“The president’s plan will be announced once it is finalized regarding the legal requirements and executive regulations,” he added.

However, Ghaninejad said that the two-year bonds being sold are not the most sensible option for most people.

MORE: Iran implements law allowing women to pass their nationality to their children

“With an inflation rate of around 50%, no wise business person would buy a two-year bond with 19% interest rate. It means they have to bear around 30% of negative interest,” he said. “If the government mandates the banks to buy the bonds and shares, then the banks have to borrow money from the Central Bank to compensate for their loss in the coming years, which means more inflation rate,” Ghaninejad explained.

But, supporters of the oil pre-selling scheme, including the head of the Central Bank Abdolnaser Hemmati, say the country is running out of options to make up for the budget deficit amid sanctions.

Hemmati wrote in an Instagram post on Wednesday that the government has four methods to remedy the deficit: “reducing expenses, increasing tax revenues, selling government shares and assets, and issuing bonds or pre-selling sanctioned goods such as crude oil.”

Claiming that the first three solutions are not possible due to the coronavirus pandemic, he believes issuing bonds and pre-selling oil on the stock market is the preferred option as the bonds are “less costly and more manageable for the government.”

Across the political aisle, parliamentarians with conservative party affiliations who are long-standing political rival of President Rouhani have criticized the government’s oil pre-sell plan in the stock market over the possible long-term consequences on inflation.

The Energy Committee of the parliament submitted a letter to the parliament speaker asking him to warn the government about its hasty decisions, as Mehr News reported on Wednesday.

Iran will pre-sell crude oil to its own citizens to fight back against US sanctions originally appeared on abcnews.go.com