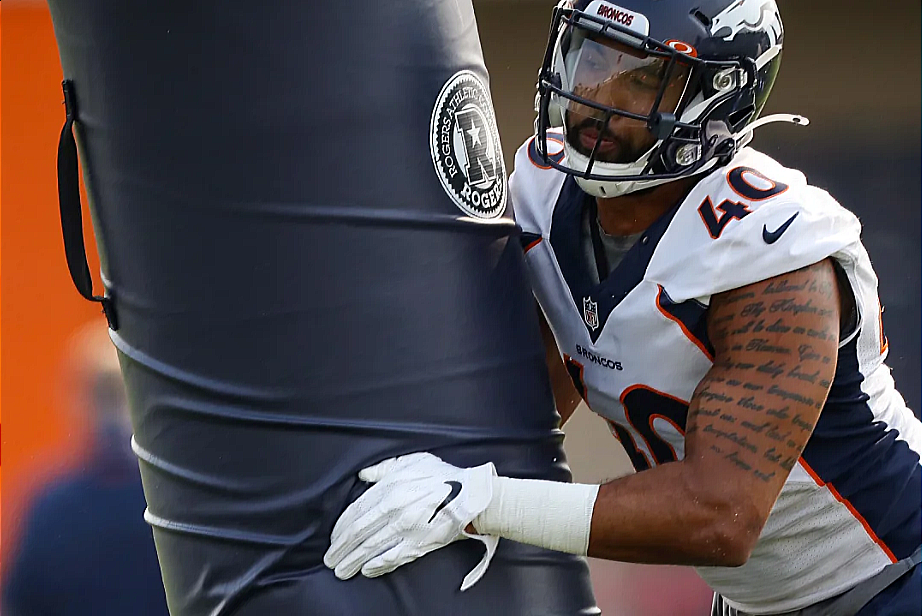 When training camp rolls around, the major box-office draw for fans is seeing how the Denver Broncos’ top draft picks are shaping up. So far so good on that front as both first- and second-round wideouts Jerry Jeudy and KJ Hamler have been turning heads while third-round center Lloyd Cushenberry III has earned the opportunity to split first-team reps.

Head coach Vic Fangio hasn’t been afraid to throw his top rookies straight into the rigors of camp to get a feel for how they handle the pressure and how they perform. The veteran coach is similarly aware that complete NFL rosters are filled out by mid-to-low-round draft picks who can contribute if given the opportunity.

One such prospect is Justin Strnad, whom the Broncos grabbed in the fifth round of the 2020 draft. Fangio likes what he’s seen from the 23-year-old Wake Forest stand-out and is challenging him to respond to further coaching in a truncated offseason.

“I’ve liked Justin so far,” Fangio said following Thursday’s practice session. “He’s shown some ability both in the pass defense area–the run game; we haven’t had a lot of shots of it yet.

When you factor in the bicep tendon tear Strnad suffered during his senior year in college and the complexity of playing inside linebacker, it demands more intense coaching especially if he the team hopes to trust him more considerably. The guarded vote of confidence Strnad received from his head coach has been further endorsed by fellow linebacker Alexander Johnson, the starter.

What’s the latest from Broncos Camp? Don’t miss out on any news and analysis! Take a second and sign up for our free newsletter and get breaking Broncos news delivered to your inbox daily!

Such a positive early appraisal from a veteran like Johnson, who could rapidly ascend to a Pro-Bowl level himself, bodes well for the rookie’s chances moving forward. Considering the issues the Broncos have had covering tight ends in recent years, Fangio is hopeful that Strnad can develop relatively quickly to help this team’s coverage defense.

But as both Johnson and Fangio alluded, there’s a long row left to hoe for Strnad.

“He’s got a lot of work,” Fangio said. “We have to speed up that process with him. Overall, I think he’s doing well. I like what I see. A lot of that is based upon just what I see which enables me to predict. You might not be seeing it on tape or you guys watching in practice live, but I like certain things that indicate that he’ll be able to do it eventually.”

Strnad has been running with the second-team defense alongside Josey Jewell at inside linebacker. Johnson and Davis have the first-team duties at linebacker sewn up but that doesn’t mean opportunity won’t knock for Strnad later this season so long as he earns the trust of his coaches.

That opportunity came on Thursday with the news of Davis being helped off the field during the day’s practice with what appears to be a calf injury. Strnad received some first-team reps in Davis’ place, splitting with Jewell.

When Strnad’s name came up during Davis’ time at the virtual podium a few days ago, the theme the veteran kept landing on was speed.

“I think the speed. In the NFL everything is faster,” Davis said on Sunday. The tight ends are faster. They receiver are faster. Everything is really crisp. I think he’s doing a great job with it though. I told him yesterday for a rookie to come in here and really face a challenging offense and really have things thrown out at him really fast he’s doing a great job with it. I’m going to continue to support him. I feel like he has a lot of talent and can make us better.”