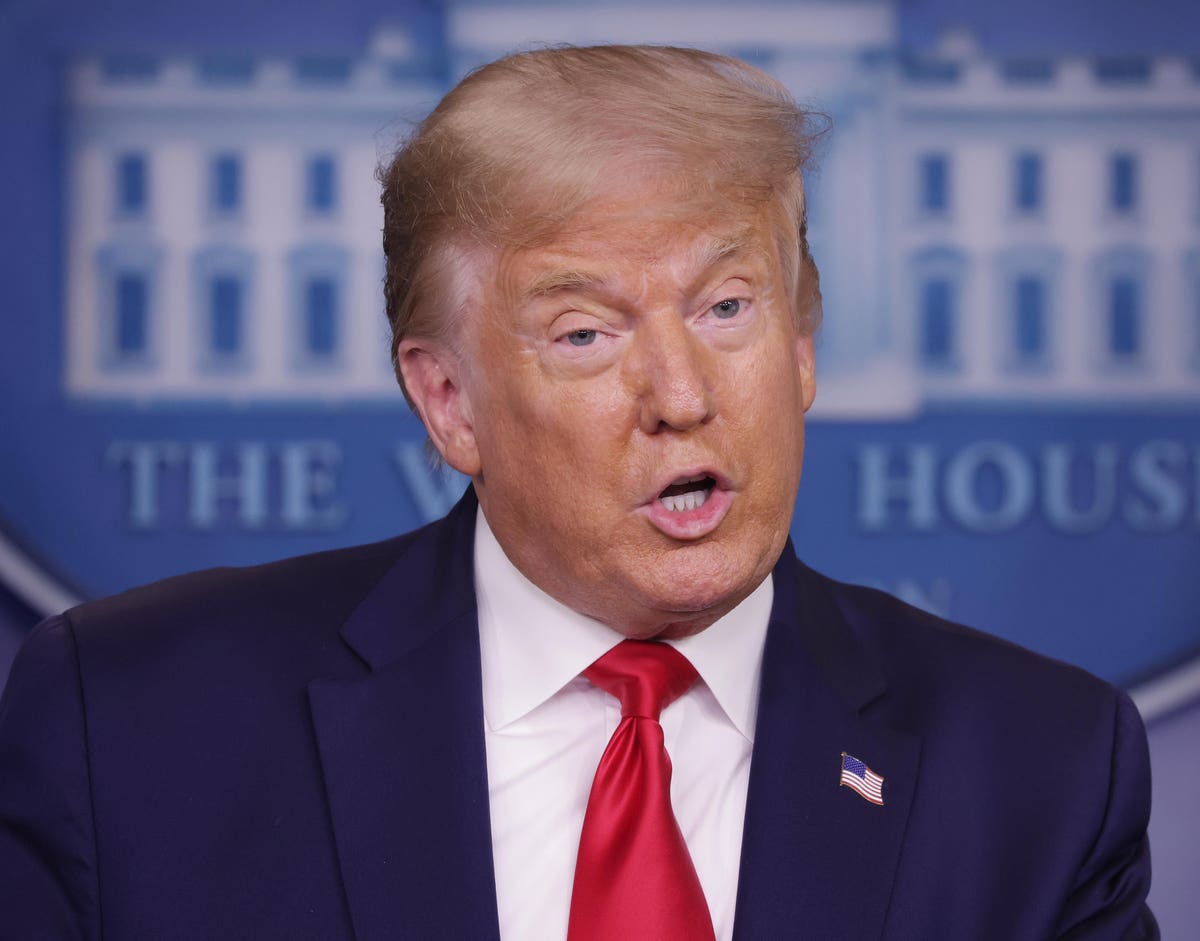 Here’s what you need to know.

In a series of tweets on Friday, Trump voiced his support for a second round of direct payments, more small business loans, rental assistance and additional direct aid to states and municipalities. Many of these policies have appeared in stimulus packages introduced by both Republicans (the Heals Act) and Democrats (the Heroes Act). Trump’s tweets came as Congress formally adjourned for summer recess after failing to finalize a comprehensive stimulus package. Without a stimulus bill, the American people are left without a host of incremental financial support on areas ranging from stimulus checks to school funding. Trump blamed Democrats for holding up legislation and said he is waiting for Democrats to approve these proposals. The policies underlying Trump’s tweets would require congressional approval. Once Congress approves these measures, Trump, as president, can sign the legislation. Trump’s tweets come nearly a week after he took executive action on a payroll tax cut, unemployment benefits, eviction protections and student loans.

Trump tweeted his support for a second round of direct payments, and said he has directed U.S. Treasury Secretary Steven Mnuchin “to get ready” to send direct payments to “all Americans.” Previously, Trump said second stimulus checks could be more than than $1,200. However, Trump did not issue an executive order on stimulus checks. In his tweet, however, Trump referenced $3,400 for a family of four, which would mirror the Republican stimulus plan as follows:

Democrats and Republicans agree in principle on $1,200 stimulus checks on the same terms as the Cares Act, the $2.2 trillion stimulus package that Congress passed in March. Congress also agreed in principle to remove the age cap for dependent payments so that all dependents, including high school students, college students and adult dependents can qualify for stimulus payments. However, Congress has not reached consensus on the amount of dependent payments. Republicans want a $500 payment for the each dependent (the same as the first Economic Impact Payment), while Democrats want $1,200 for each dependent, with a maximum of three dependents. Under the Democrat plan, a family of four would receive $4,800 in total stimulus payments. While Trump refers in his tweet to “all Americans” receiving a stimulus payment, both the Republican and Democrat proposals would not provide an Economic Impact Payment to all Americans. Rather, any individual earning more than $99,000 adjusted gross income (or $198,000 for married/joint filers) would not receive a check.

Trump also tweeted his support for rental assistance payments. While Democrats proposed $100 billion of rent and mortgage assistance in the Heroes Act, Senate Republicans did not propose any such funding. It’s possible that Trump differs from Senate Republicans on their proposal, or Mnuchin and White House Chief of Staff Mark Meadows, both of whom have been meeting with Senate Minority Leader Chuck Schumer (D-NY) and Speaker of the House Nancy Pelosi (D-CA), have discussed with Schumer and Pelosi a specific proposal from Trump. Many rental assistance programs during Covid-19 have been implemented at the state and local levels, but there has been a push from Democrats for more funding from the federal government.

Trump tweeted his support for the U.S. Treasury and Small Business Administration to send “additional [Payment Protection Program] payments to small businesses” that have been impacted in the wake of the Covid-19 pandemic. Like the $600 a week enhanced unemployment benefits, applicants can no longer apply for a Payment Protection Program (PPP) loan. Absent an extension from Congress, small businesses, in particular, may be unable to access additional funding to pay employees and manage other expenses. Republicans proposed an additional $100 billion in the next stimulus package to help small businesses in financial need, which is likely the amount that Trump refers to in his tweet.

Trump tweeted his support for state and local aid, highlighting the need to “save jobs for Police, Fire Fighters, First Responders, and Teachers.” State and local aid is one of the most important policy areas in the next stimulus package, but also one of the most contentious. Democrats and Republicans are far apart on federal spending for states and municipalities. Democrats want approximately $1 trillion to help state and municipal economies that have been hit especially hard by Covid-19. Republicans proposed $105 billion for state and local aid, which is primarily focused on school funding.

What’s the latest on the stimulus package?

The latest on the stimulus package is Congress is at an impasse. In the Heals Act, Senate Republicans proposed a ~$1 trillion stimulus package, which is $2 trillion less than the Heroes Act, which House Democrats say would cost ~$3 trillion. Pelosi offered to reduce Democrats’ total funding to $2 trillion, but Senate Republicans rejected the offer. Second, aside from total federal spending, Republicans and Democrats also differ on policy priorities. Third, Republicans want a piecemeal approach to stimulus legislation—meaning they are willing to pass individual legislation on each policy area. For example, Republicans would pass one bill on stimulus checks, a separate bill on education funding and a separate bill on PPP loans. Democrats want one, comprehensive bill that addresses all key policy areas. Don’t expect a stimulus package before September. Both the House and Senate are in recess. The Senate is not in session until September 8 and the House is not in session until September 14. While party leaders could meet in the interim and members of Congress could be called to Washington to vote, there has been little movement over the past week.

Will Biden’s Kamala Harris pick give boost to a monthly stimulus check?

Why you got a $500 stimulus check this week

Will you get a second stimulus check in Trump’s executive order?

This second stimulus check would pay the most

When will my second stimulus check come?

Trump: Student loans may be extended for “additional periods of time”

Trump: Second stimulus checks may be higher than $1,200

What the new stimulus package means for your student loans

Stimulus: here are the latest numbers for second stimulus checks and more

Second stimulus checks may be less than $1,200

Trump wants at least $2 trillion for next stimulus

2020-08-15
Previous Post: War of the vinegars | Inquirer Business
Next Post: Traders at London’s famous Camden and Spitalfields markets are fighting to survive. We spoke to the small-business owners who fear they will soon be replaced by big-name brands.