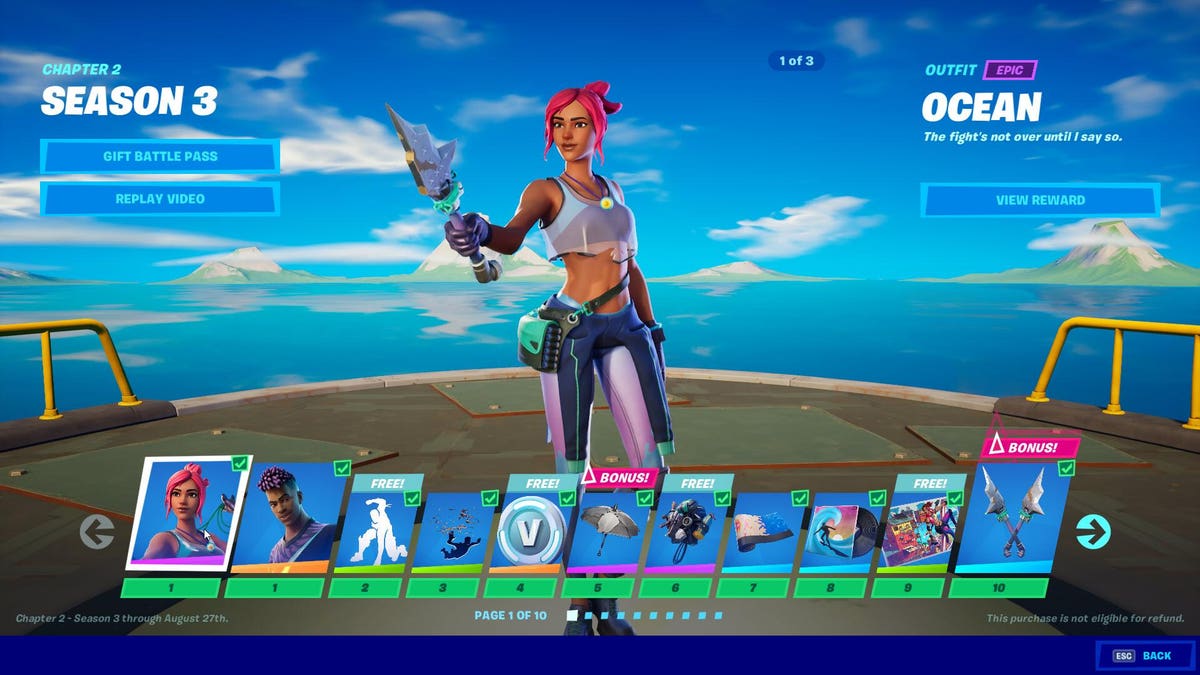 If ‘Fortnite’ Stands Its Ground Against Apple And Google, Epic Could Lose A Ton Of Money

While yes, it’s smart to be skeptical of one megacorporation going to bat “for the consumer” against two other megacorporations, what you can’t say about Epic taking on Apple
and Google
is that there’s no risk them.

Epic purposefully got Fortnite banned from both the Google Play and iOS app stores by updating the game with ways to pay Epic directly for V-bucks, rather than going through Apple and Google. The next step of their plan was to file two lawsuits against both companies, making the case that the mobile market is anti-competitive and run by the these two monopolies that offer no alternatives and demand a 30% tax on all games and most apps.

The general consensus is that Epic has a point. The idea is that mobile should work like the PC marketplace, full of alternatives and choices even though Microsoft
and Apple own the main operating systems. Apple has already run afoul of other large companies, banning Facebook’s gaming app and Microsoft xCloud, and Tim Cook was hauled in front of Congress to answer antitrust questions involving the mandatory 30% fee.

But the problem is about to become very much immediate for Epic. The game has two weeks until the next season launches, and the game can no longer be updated through the app store. While players can play stuck in old seasons, they will not be able to access new ones, or new cosmetics. That will effectively kill the game on mobile, short of side-loading through the Epic launcher on Google, though who knows how many people will know to do that. It should not be playable on Apple devices at all.

The idea Epic is trying to cultivate is that when millions of players realize the game is gone on mobile, they will create a stir that attracts attention and makes their points even more broadly heard.

The problem is…what is the best case scenario here, if Epic stands its ground?

Say that they keep Fortnite off the app store by not bowing to Apple and Google’s requirements, which is kind of mandatory to make any of this work. How long does it take for this lawsuit to go forward? How long does it take for regulatory action to be taken and the 30% cut to be reduced or eliminated in some way, if it even happens at all? Not months, but years, most likely, given the speed of how these things move, and companies like Apple and Google probably have the resources and knowledge to drag that out even further. In no way does this seem like a situation with a quick resolution in sight.

But yeah that’s…an incredible amount of money to give up. Granted, some Fortnite players may just switch to a different device, a laptop or Switch or console, to play, so Epic wouldn’t be losing them completely. And yet we are clearly talking about hundreds of millions of dollars in potential lost revenue, potentially north of a billion depending on how long this drags out and the length Fortnite is not available on most mobile devices. I understand Epic is trying to make a point, but they’re doing so with no end in sight for this fight, and with potentially deep and immediate impacts to their bottom line. And trillion dollar companies like Apple and Google are poised to wait them out as long as possible, and fight them every step of the way.

I’m not saying Epic shouldn’t be doing this, as I think someone had to at some point, but this will come at a real cost for the company, if this goes how I think it’s going to. This feels different than Epic’s past fights. Their war with Steam simply had them making an alternative store, which clearly made them money, rather than losing it. Their war on console crossplay may have annoyed a company like Sony, but Sony and Microsoft never banned Fortnite over it, or came anywhere close. And them accepting crossplay didn’t directly impact those companies’ bottom lines like Epic going after the 30% app store cut would for Apple and Google. This is a whole different ballgame.

Wild times. I have no idea what happens next, but I think Epic will definitely start feeling the burn before Apple and Google, at this rate.