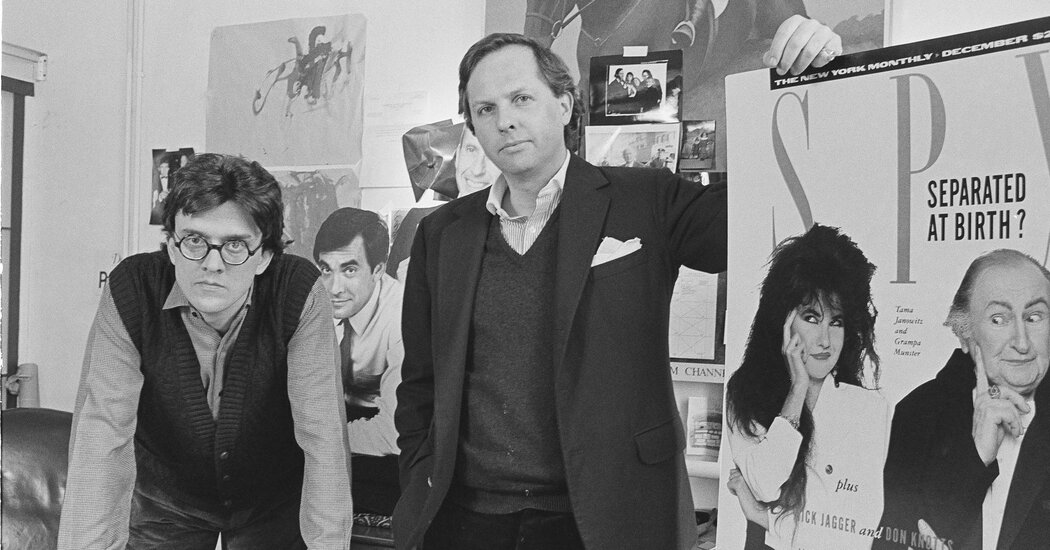 And where we saw real political engagement deployed, it was toward American foreign policy — toward what was happening in Latin America and South Africa and so on.

And, of course, toward Reagan’s failed response to the AIDS crisis and the emergence of a really activated gay rights movement. That is where the energy was going — toward cultural change and shifts in international policy at the end of the Cold War, not toward the ways that the system had been re-engineered to serve only the well-to-do and big business.

Spy excelled at skewering the very rich. Occasionally, I get letters from readers arguing that The Times in general, and my column in particular, “harp’’ too much on the excesses of the privileged. Is that kind of skewering merely cultural sport or moral imperative?

As soon as we turn the clock back on economic inequality and insecurity and immobility and de-rig the system and reduce Wall Street power, as soon we go back and replace market values as the supreme values in America, I’ll stop. Until that happens — besides being fun, it is one front in the critique of a system that disadvantages almost everyone.

Let’s turn to New York right now and the whole This City Is Over meme. The other day you mentioned a New York Post piece by a former hedge-fund manager titled “New York City Is Dead Forever.’’ Much of this sentiment is coming from the right — from people at the Manhattan Institute, The Wall Street Journal, The New York Post. What is the investment in this narrative? What’s in it for the narrators?

Well, different people have different reasons. That guy who wrote that foolish and shallow piece was basically saying: “What? There’s no more Broadway Theater for a while? What? I can’t go to my favorite restaurant in Midtown anymore?” Oh, yeah, right. I guess New York City is dead then. So he had his own reasons.

The other day, Trump retweeted someone saying “let the Democratic cities rot.” On the crudest level it is that: this is where everybody we hate lives. If the pandemic makes these places impossible to live, good, because then people will move to suburbs and become Republicans — that is, I guess, the theory. Or, it is just bloody-minded schadenfreude, taking pleasure in the fact that New York suffered early and hard in the pandemic.

2020-08-21
Previous Post: POLL-U.S. economic recovery outlook steady even as Wall St touches record
Next Post: Goldman Sachs Has Money. It Has Power. And Now It Has a Font