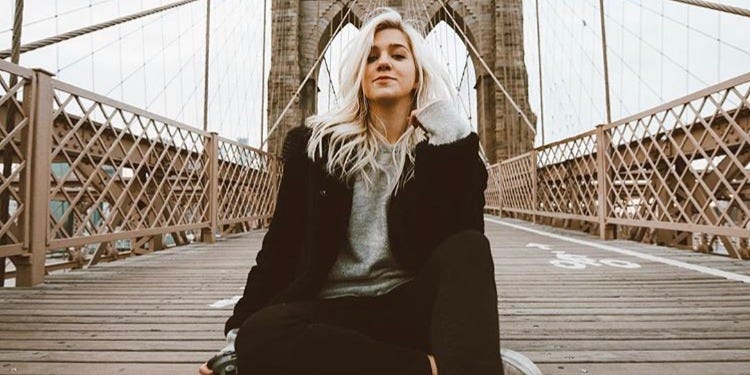 This is the latest installment of Business Insider’s YouTube money logs, where creators break down how much they earn.

Explaining how much money you make from YouTube can sometimes earn you even more.

The YouTube creator Shelby Church, who has 1.5 million subscribers, told Business Insider that her video titled “This Is How Much YouTube Paid Me For My 1,000,000 Viewed Video (not clickbait)” continues to earn her money each month and began trending shortly after she uploaded it.

Today the video has about 8 million views and has earned $34,000 so far. It continues to earn money, according to Church’s YouTube dashboard, which was viewed by Business Insider.

To start earning money from YouTube videos, creators like Church must have at least 1,000 subscribers and 4,000 watch hours in the past year. Once they reach that threshold, they can apply for YouTube’s Partner Program. Overall, the program allows creators to start monetizing their channels through ads, subscriptions, and channel memberships.

Making money through Google-placed ads isn’t the only form of revenue for many digital stars. Creators on YouTube earn their money a number of ways, from sponsorships to selling merchandise.

Though this is Church’s most viewed video, she said it wasn’t the most amount of money she’s earned from one video.

Her video on fulfillment by Amazon, which has 2.5 million views, has earned $48,000, according to a screenshot of Church’s creator dashboard viewed by Business Insider.

This is because some videos earn a higher rate from advertisers based on factors such as the video’s topic or its audience demographic, like where the audience lives and their average age. In general, advertisers on YouTube also pay more for a business-related video than a vlog or clothing haul.

“I was a little nervous people would be bitter about how much YouTubers make,” Church said. “But I think it shows that YouTubers don’t always make a ton of money, and it really depends on what kind of videos you’re making.”

For more on Church’s YouTube business, read these posts on Business Insider: