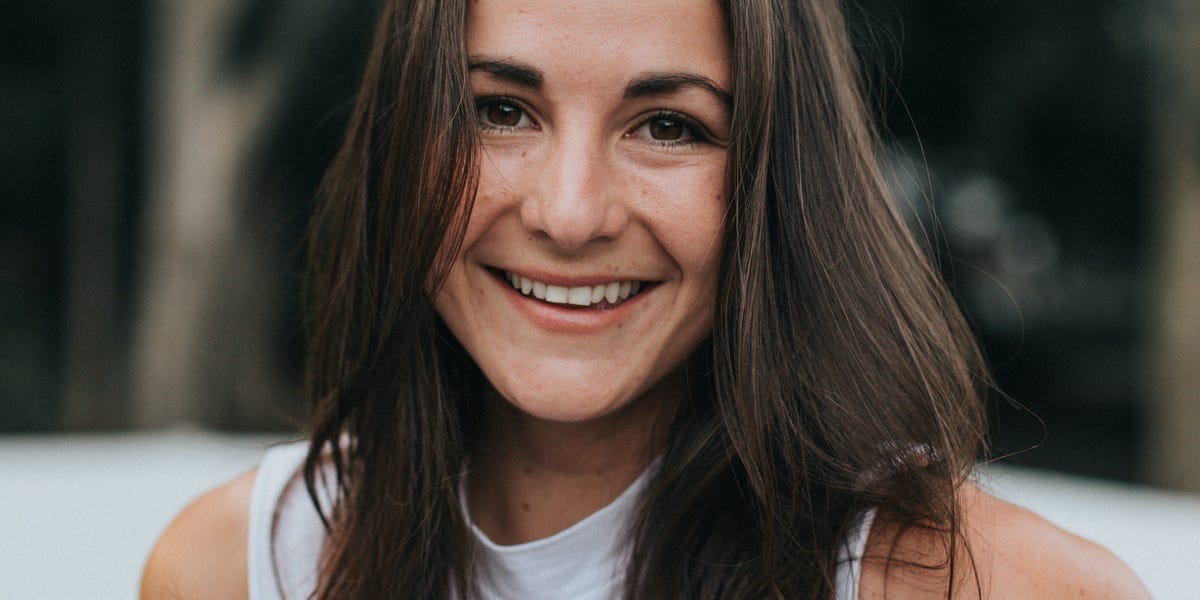 “I promise I’ll make it work,” I told my mom. I handed her a four-page letter explaining why I’d just quit my first job out of college and a financial spreadsheet showing how I’d make it on my own.

Money was often a topic of tension growing up, so trading corporate consulting at a Big Four firm in Manhattan for a one-way ticket to India and a stab at becoming a writer wasn’t easy to present. But something had clicked and I couldn’t turn it off.

One month later, I took a one-way flight to the beach in Goa to complete a yoga teacher training. I traveled to the Himalayas, through Rajasthan, across Southeast Asia to Bali, and back. I went to Central America, taught yoga on remote islands, slept on rooftops, bartended at hostels, and stayed in ashrams.

By looking at my Instagram, full of travel photos and long-winded captions, you wouldn’t have known that I was working part time as a freelance journalist for various well-known finance and business sites. As a self-taught investor and budgetor, I had my first $100,000 in the bank in four years. I was making $4,000 a month, completely mobile, and more financially cushioned than ever.

While I’d achieved the freedom and flexibility I dreamed of, I craved deep purpose in my work. So I launched my podcast “Living Brave,” aimed at breaking shame and stigma and empowering others to walk their authentic paths, in October 2019.

I also publicly disclosed my HSV-2 status, a highly stigmatized STI that affects one in five Americans. My juicy secret became my go-to conversation starter. Shortly after, I sold out my first international retreat in November 2019, during which I lost my main writing job.

I knew I had to take the leap into my own business full time, whether I felt ready or not, and made the transition in March 2020.

How did I cut through the noise in the booming online coaching industry, have my first $50,000 month, and go from $0 to six-figure revenue and a team of four in four months — all during a pandemic?

All you need to grow a lucrative online business is a niche, an offer, a platform to market, and an empowered sales mindset. Everything else is a bonus.

You’ll likely spend too much time on the things that really don’t matter in the beginning — for example, changing your Instagram bio every week, perfecting your website, trying to grow your following, or believing that the key is a complex funnel or ad campaign. Here’s what to focus on instead, based on my experience:

I didn’t launch my podcast with the intention of running a coaching business — it was out of a true calling to speak about issues that no one seemed to be talking about.

When I get on sales calls with prospects, they often point to one line from my social media content or podcast that spoke to them directly. They typically say they want to work with me because I’m real, relatable, and authentic.

I’m also willing to be wrong and be rejected, reinvent myself, and take bold and imperfect action.

As a leader, I’ve accepted that the more I magnetize, the more I repel. When I first launched my business, one of my oldest friends publicly commented that “I should be careful and probably would be good at coaching if I had experience.”

Sometimes it takes writing your own permission slip.

Storytelling turned my “inspirational” passion project into a successful business and personal brand.

My vague messaging about freedom, personal growth, and taking leaps of faith became magnetic when I got clear about the specific problems I helped solve, like the lack of confidence in dating that many women feel after an STI diagnosis.

When I shifted from positioning myself as the hero to the guide for someone’s else’s journey, I received a different type of message. “Thank you, you’re so inspiring,” became “I’d love to learn next steps to work with you.”

Story lets your audience feel deeply seen and understood. Ideally, they get a glimpse of their own potential transformation, where you play an integral role.

Sales as a service

I built a thriving business with Instagram as my primary lead-gen platform — despite having less than 4,000 followers. If you’re just starting out with an online business and a small audience, I recommend positioning yourself in a market niche as a premium brand.

In the premium market, people aren’t shopping around for the lowest price — they’re seeking to collapse their timelines and find the perfect match.

So instead of price competing, I charge based on ROI. I rewrote the starving artist and struggling entrepreneur story and decided to start at the top with full integrity.

I’ve signed on high-end clients by reflecting the value of my work through leadership, social proof, marketing, and genuine conversations. If at any point my program feels like a “nice-to-have” for an ideal client, something’s off. Overcoming shame, stepping into your personal power, and starting your own service-based business are all recession-proof offerings that the right person will make a priority to invest in.

There’s no convincing in my sales process. A premium offer should solve specific problems for specific people. With this in mind, sales is a two-way street, which is why I require applications for most programs.

A healthy sales ecosystem extends far beyond timid calls to action on social media posts, and it doesn’t end at client acquisition. I deliver. This is how I sold out a retreat in a few days to my existing client base with no marketing.

My first group program generated $0, not because I didn’t have a large enough audience or my service wasn’t valuable but because I didn’t understand sales was about starting conversations and building relationships. I launched an offer and hoped it would land. Now, my product suite is grounded in research and co-created with my existing network.

I created my second group program, a business coaching course for early-stage entrepreneurs, based on market research. I never set out to be a business coach — I listened to what my audience needed. The six-week course launch generated $50,000.

It’s paid off for me to make inherently risky decisions, such as investing in a high-level business mastermind before I’d made a dime, a podcast recording studio before publishing my first episode, and hiring a team before I felt ready.

I know how it feels to go all in, both financially and emotionally, when nothing is certain. I was tempted to scrap my dream and just get by as a freelancer indefinitely.

Instead, I trusted in my abilities — that success was not a matter of if, but when. I decided “Living Brave” was a big deal before it was.

Remember, it’s supposed to feel like a leap. I know it’s scary — that fear is the source of your power. It pays to be brave.

2020-08-24
Previous Post: Seven Priorities of High Impact Business Owners
Next Post: If You Like EPS Growth Then Check Out Manx Financial Group (LON:MFX) Before It’s Too Late