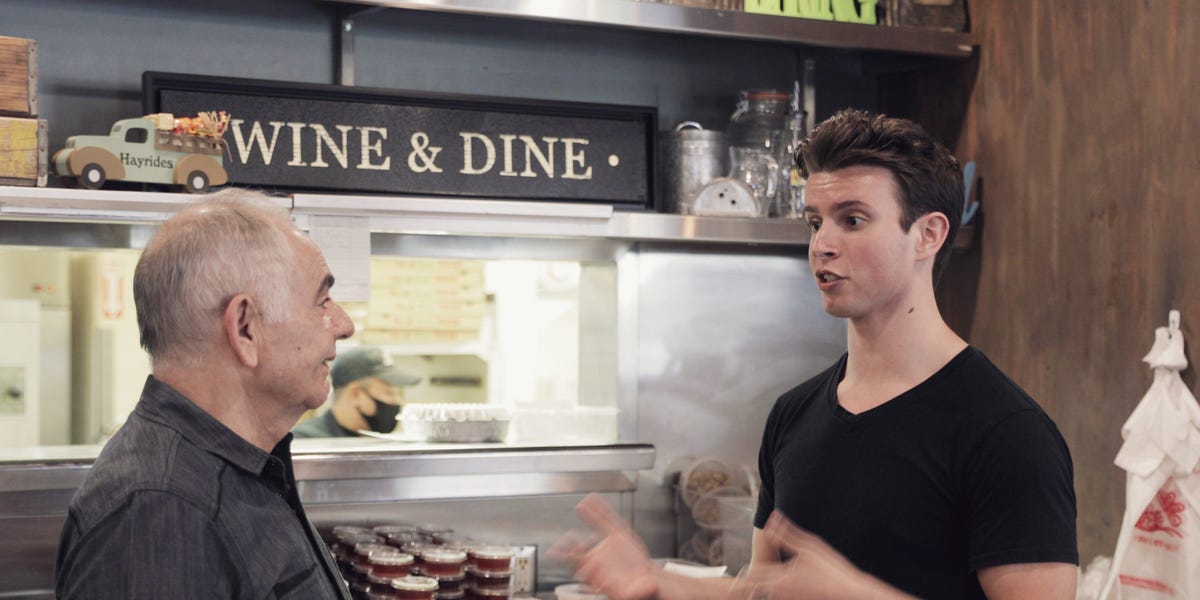 Profitboss CEO Adama Guild is young, but that’s not a demerit. In fact, the 21-year-old’s boundless energy is one reason investors decided to pour millions into his retail tech startup.

Guild describes his platform as “kind of like Shopify meets Salesforce, but specifically for restaurants.” The company provides online software for restaurants to take orders from customers, allowing them to build customer profiles. They can later send those customers regular, targeted advertisements, known as  “drip campaigns.”

“We basically feed them personalized drip campaigns that are relevant specifically to them talking about the restaurant’s most popular dishes, about dishes on their menu that they might like based on what they’ve ordered in the past,” Guild said.

That drives customers to “order more frequently from the restaurant, and order more quantity of food on each transaction,” Guild said.

Profitboss aims to make money by charging diners a $1.50 fee on each order, rather than taking a cut of each financial transaction. Guild believes that will make his platform competitively affordable at a time when COVID-19 has driven a devastating fall in profits for local restaurants.

Guild first started down the path of building Profitboss when his mother opened a dog grooming business in West Hollywood.

She turned to her teenage son, who already had experience building social media accounts, for help. He in turn started asking people who ran their own local businesses, like a realtor, a personal trainer, a cosmetologist— even his local chamber of commerce.

“They basically told us ‘you got to buy ads on Facebook, post on Instagram, buy ads on Yelp, do direct mail receipt ads, and you’ll get this brand awareness in the community,'” Guild said.

Coming from the world of online marketing, Guild found the lack of precision in these strategies “backwards.” But his mother’s shop only had enough cash to stay open for a few more months, so he tried them anyway.

That led Guild to build his mother a webpage that used “conversion rate optimization,” marketing tactics designed to turn people viewing websites into actual customers. CRO are typically systems designed towards convincing website visitors to take certain actions, often by trying and measuring, different wording or offers to find the ones that work best.

“Within three months she ended up achieving her three year revenue projections and literally driving hundreds of thousands of dollars in sales,” Guild said.

Guild said he started applying his new system to other local restaurants and quickly began drawing customers, to the point where he signed contracts with big brands like P.F. Changs. But the advent of the U.S. outbreak of COVID-19 made it difficult and dangerous for restaurants to pull in physical customers, forcing him to turn the Profitboss model into one that addresses the difficulty of building relationships with remote customers.

“I just incorporated all that into a product, and then launched into the market, and it started taking off like wildfire,” Guild said.

Redpoint partner Alex Bard said he was impressed by Guild’s energy and character.

2020-10-13
Previous Post: How To Support Diversity And Inclusion Beyond Just Words
Next Post: How To Avoid A Bad Partnership In Business