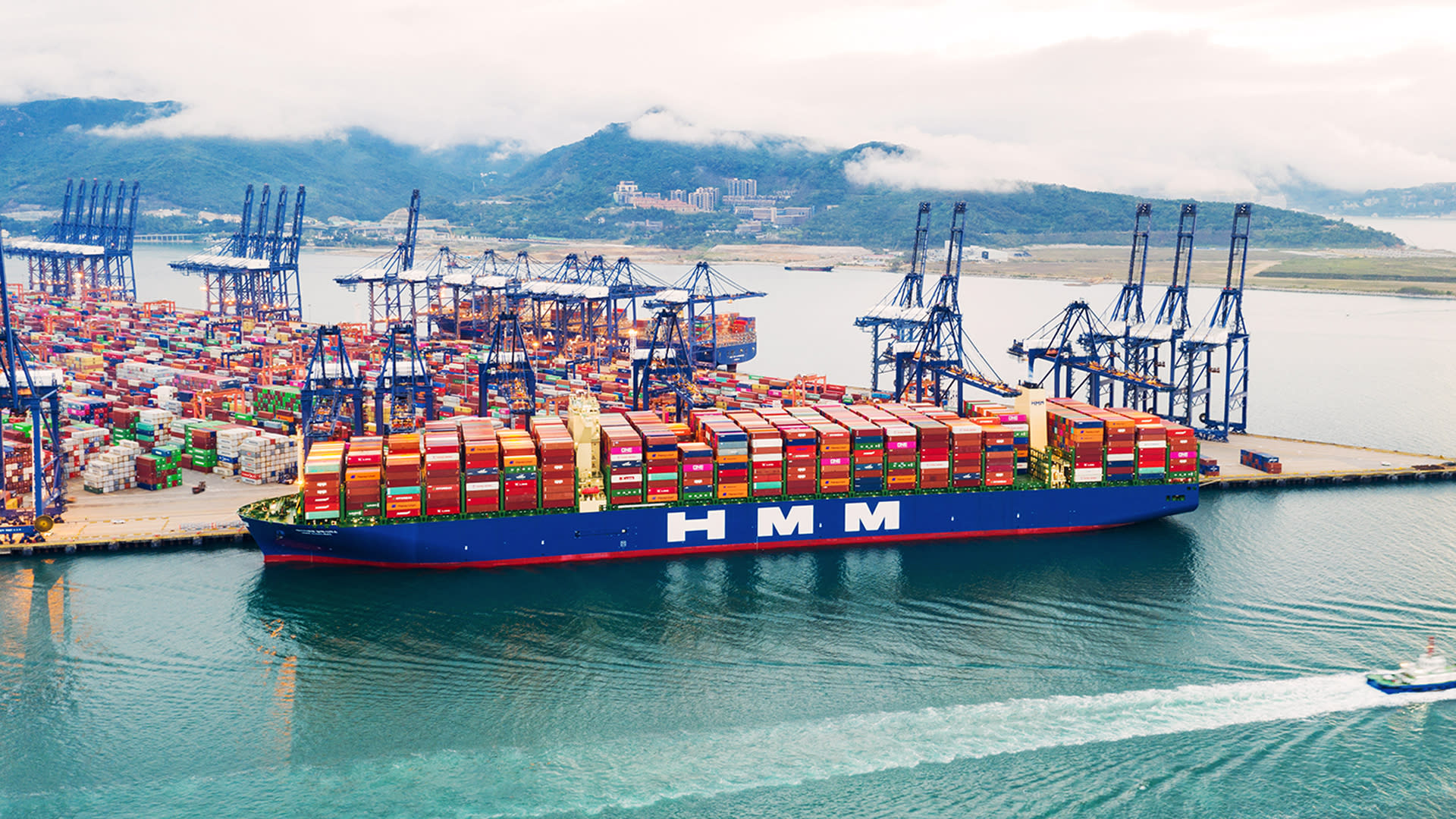 Despite a global economy walloped by the coronavirus pandemic, HMM on Wednesday reported an incredible 90% net profit improvement in the first half of the year.

HMM did get out of the hole in operating profit, reporting a “turnaround” to a positive in Korean currency of 136.7 billion won (negative U.S. $113 million) for the first half of 2020 compared to negative 218.5 billion won (minus $181 million) in the same period last year. That turnaround amounted to an eye-popping 355.2 billion won ($300.1 million).

HMM was among the Asian carriers criticized earlier this year for receiving government aid while some European counterparts struggled without federal assistance during the coronavirus crisis.

South Korea’s largest container carrier said this week it also had turned a corner with quarterly results, achieving a net profit in the second quarter of 28.1 billion won (negative $23 million) — a 228.8 billion won ($193.3 million) year-over-year improvement from negative 200.7 billion won (minus $166 million) in 2019.

HMM also made gains after the height of the coronavirus passed in Asia in the first quarter of this year. Quarter-over-quarter revenue increased 4.7%, from 1.31 billion won in Q1 2020 to the 1.37 billion won in Q2.

HMM’s brief earnings release Wednesday attributed the major increases in part to cooperation with THE Alliance and the deployment of its 24,000-TEU-class container ships since April.

Formerly known as Hyundai Merchant Marine, HMM has a fleet of about 100 vessels and is a member of THE Alliance, the space-sharing agreement on major east-west container routes, with Hapag-Lloyd, Ocean Network Express and Yang Ming.

In its outlook this week, HMM said it would continue to “fully utilize its assets,” including the world’s largest container ships.

HMM announced last October it would issue a 660 billion won ($562.4 million) convertible bond and use the funds for ship and equipment investment and to improve the company’s financial structure.

It placed an order for 12 container ships each with a capacity of more than 20,000 TEUs. The first, the HMM Algeciras, became the world’s largest container ship when it made its maiden voyage in April.

The HMM Oslo and HMM Copenhagen were launched in June, followed by the HMM Dublin in June, HMM Gdansk, HMM Rotterdam and HMM Hamburg in July, and the HMM Southampton and HMM Helsinki in early August.

Still to come in August and September are the HMM Stockholm, HMM LeHavre and HMM St. Petersburg.

Despite celebration-worthy ship christenings and financial results, HMM remains cautious. In its forecast for the remainder of 2020, HMM said the “market outlook remains uncertain as coronavirus can reemerge for the upcoming winter season and growing geopolitical tensions between [the] U.S. and China are definitely one of the most important variables.”

HMM did say it expected freight rates on the trans-Pacific trade to remain strong over the long term, “driven by an increase in freight volumes as the U.S. started to resume economic activities.”

It noted, however, that the intra-Asia trade will be “challenging amid mounting competition between carriers and oversupply of capacity.”

HMM earlier this week announced it was going into business with a competitor with the sale to CMA CGM of a “50% stake minus one share” in the Total Terminal International (TTI) Algeciras container terminal in southern Spain.

TTI Algeciras is owned by HMM and HT Algeciras, a company it wholly controls. Despite the sale of shares, HMM will retain its position as the largest shareholder through HT Algeciras, making it partners with CMA CGM.

Terms of the deal, expected to close in the fourth quarter, were not disclosed, but HMM said in the announcement that it “expects a great synergy effect based on strategic cooperation with CMA CGM in terms of enhancing profitability and operational capabilities by securing additional cargoes.”

TTI Algeciras, which has a handling capacity of 1.6 million TEUs, formerly was operated by Hanjin Shipping. HMM acquired the 100% stake in 2017.

2020-08-13
Previous Post: Can Uber, Lyft Reach Profitability? Jim Cramer Doesn’t Think So
Next Post: Fiserv Gives Back to Help Small Businesses Get Back to Business