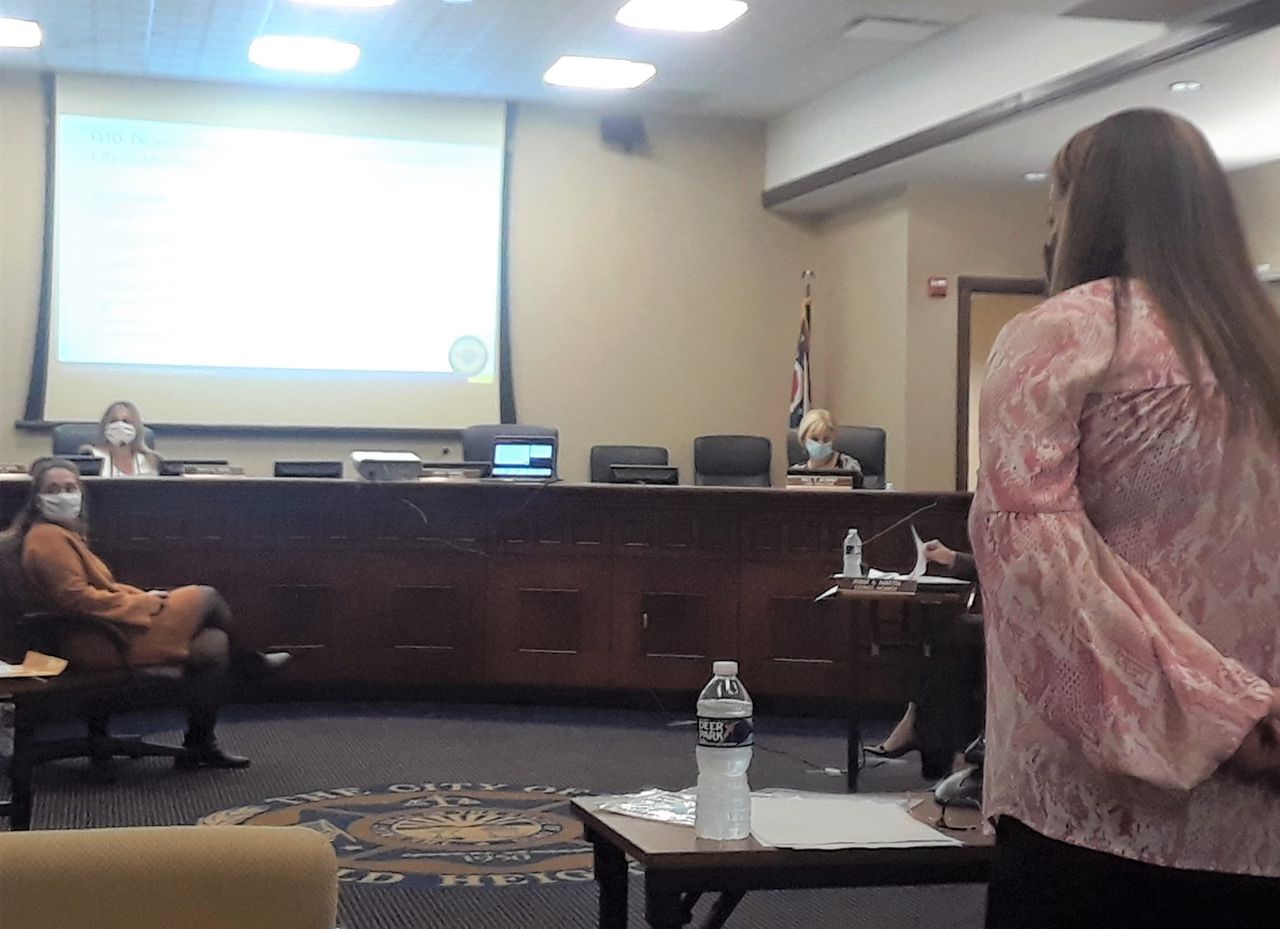 MAYFIELD HEIGHTS, Ohio — Nearly 900 residents participated in a survey or focus group, answering questions about what is most important to them when it comes to city recreation.

The questioning, which took place over the course of four months, comes in the wake of the springtime passage of Issue 9, the city’s .5 percent income tax increase. The city has earmarked 40 percent of the approximately $5 million the tax increase will generate by 2023 — or about $2 million per year — to recreation.

“I’m very, very thrilled,” said Krista Rodriguez, of The Impact Group, which performed the survey, in speaking about the 852 residents who completed a survey on paper or online. “That’s a high number for getting a response rate for a city of your size, and that was very good to see.”

Rodriguez shared results of the survey with City Council during a Committee-of-the-Whole meeting Monday (Oct. 12).

First discussed were a number of questions pertaining to the city’s stated goal of building a new swimming pool to replace the more than 60-year-old Dragga Pool at City Park. It was found that 77 percent of respondents were aware of the city’s plan for a new pool, as well as its plans to use tax money to upgrade roads, sidewalks and parks.

Sixty-two percent said that they do not use the pool at all during the summer, but some stated that their lack of use was attached to the condition of the pool which, among other things, needs regular repairs to cracks on the bottom.

In other responses, 56 percent thought it was very or somewhat important that the new pool has a splash pad; 89 percent favored umbrellas or shaded areas; 69 percent, a water slide; 68 percent, a children’s playground in the water; 63 percent, zero-depth entry; 53 percent, a diving board; and 48 percent, lap lanes.

As for what Rodriguez termed “online trends,” residents asked that Mayfield Heights take a look at Mayfield Village’s pool before building, as they very much like the village’s pool.

Residents also called for extended pool hours, both earlier and later in the day. Seniors and swim teams, in particular, wanted lap lanes, while others wanted expanded parking, a lot of poolside chairs, shaded areas and for the city to not raise membership fees just because the pool would be new.

The city currently has two playgrounds at City Park and one at Oakville Park. While 84 percent of respondents want updated play equipment at the playgrounds, 82 percent want to ensure that the new playground or playgrounds would have amenities for those with special needs. Seventy-seven percent want new rubber surfacing.

As for online trends, residents suggest that the city look at Beachwood’s Preston’s Hope playground for children with special needs to use as a guideline, while others want the new facilities to include stimulating new learning opportunities for children.

Residents also asked for new seating for adults at the playgrounds, fencing to keep in toddlers, plenty of shade and making sure the playgrounds are kept secure.

Focus group trends called for restrooms being built in close proximity so that residents don’t have to use portable toilets, and for one big main park for all ages.

The city has also spoken of adding a multipurpose field at City Park to accommodate all sports. City Park now has six baseball fields, but no soccer fields.

Online trends have people asking, again, that a permanent restroom be built by the new field, that the city make money by hosting tournaments, that shade be included around seating areas and that the city also consider adding basketball and volleyball courts, as well as softball fields.

Focus group trends were that the artificial turf that would be part of the multipurpose field would be something to which residents could look forward; concern over maintenance of the turf; concerns about parking; a desire for excellent lighting, seating and restrooms; and a suggestion to use the multipurpose field at John Carroll University as an example.

When residents were asked about multipurpose trails, 80 percent found them to be very or somewhat important, while 73 percent found it important to connect the trails to the park, schools and shopping areas.

When asked for additional comments, some online felt a dog park would be a liability, while others urged for a trail on the median of Gates Mills Boulevard. Some asked that the trail be well lit and feature emergency call boxes, others called for separate bike lanes and some want the trail to allow animals.

The focus group showed clearly that the trails were a popular idea among residents, who asked for the trails to connect with other cities and, again, to ensure that they are kept safe.

“A lot of people thanked the city for asking them their thoughts,” Rodriguez said. “I work with a lot of cities, and not all of them ask their residents what they want before they act.”

“The study you did was very comprehensive; you did a great job,” Councilman Donald Manno, who chairs council’s Recreation Committee, told Rodriguez.

“Now the hard part is how you pick and choose what things we can do. We’re limited by space and money, and it’s going to be difficult, probably, to mete out some of these things and be able to provide some. Others we probably won’t be able to.”

Mayor Anthony DiCicco was pleased with the number of residents who took part in the survey.

“The participation being that high was a plus,” he said. “It gives us a real good idea of what people think.

“What we need to do next is get a planning company that does parks, let them look at our space and let them give us an idea of what they think we should do with our space. We can give them our priorities and they can let us know where we should go.”

Read more from the Sun Messenger.