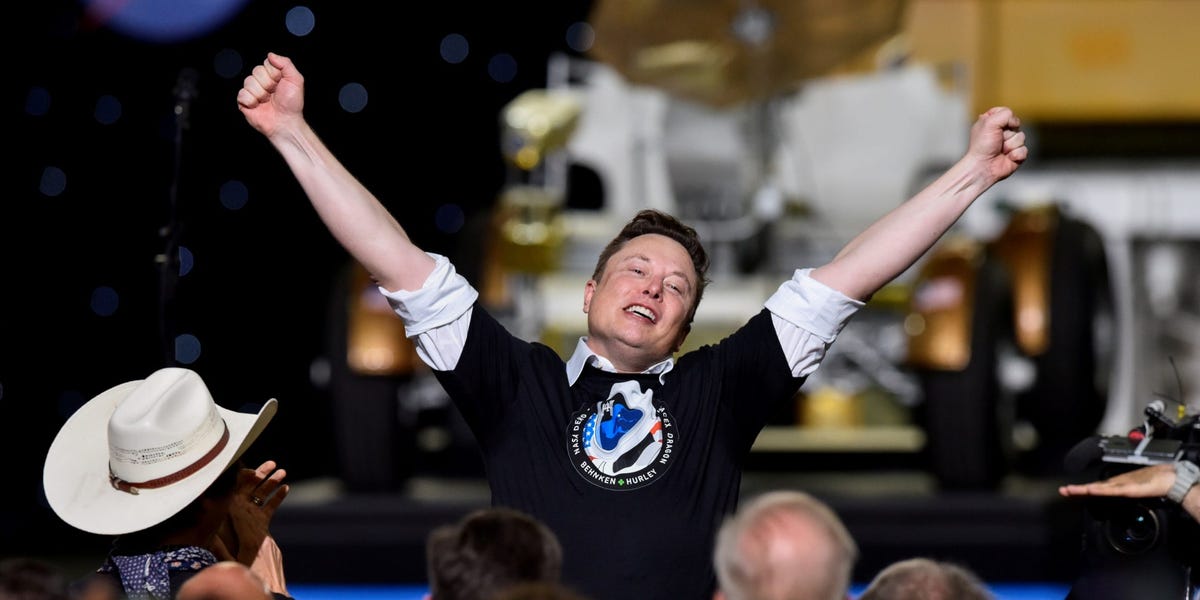 HBO is developing a new show about Elon Musk and SpaceX

HBO is developing a new series on Elon Musk and the rise of SpaceX.

According to Variety, the six-episode limited series, called “SpaceX,” will follow Musk’s ambition to colonize Mars and is based on Ashlee Vance’s biography, “Elon Musk: Tesla, SpaceX, and the Quest for a Fantastic Future.” The show will follow the building and launch of the first SpaceX rocket into orbit, and document SpaceX’s impact on the private space exploration industry.

Musk is not involved in the show, according to Variety.

Actor Channing Tatum will executive produce the project through Free Association, the production company he founded alongside Reid Carolin and Peter Kiernan.

A spokesperson for SpaceX did not immediately respond to Business Insider’s request for comment.

Musk founded Space Exploration Technologies, or SpaceX, in 2002, following the sale of PayPal to eBay for $1.5 billion. Musk netted $165 million from the sale and used $100 million of it to pursue a lifelong dream of space exploration. His goal when founding SpaceX was to make spaceflight more affordable, allowing humans to become a multiplanetary species.

SpaceX launched its first rocket into orbit in September 2008. Called the Falcon 1, the rocket was launched off of Omelek Island in the Pacific, roughly 2,500 miles from Hawaii. SpaceX has since had over 100 launches, most recently when it teamed up with NASA to send astronauts into space aboard SpaceX’s Crew Dragon spaceship this past May.

The new “SpaceX” show follows other Hollywood projects centered around Musk, who is also the cofounder and CEO of Tesla, and the founder of The Boring Project and Neuralink. In 2018, a documentary titled “Elon Musk: The Real Life Iron Man” followed Musk’s career and space ambitions. Musk has also made cameo appearances in “Iron Man 2” and “The Big Bang Theory” and has voiced characters in animated series like “The Simpsons” and “Rick and Morty.”