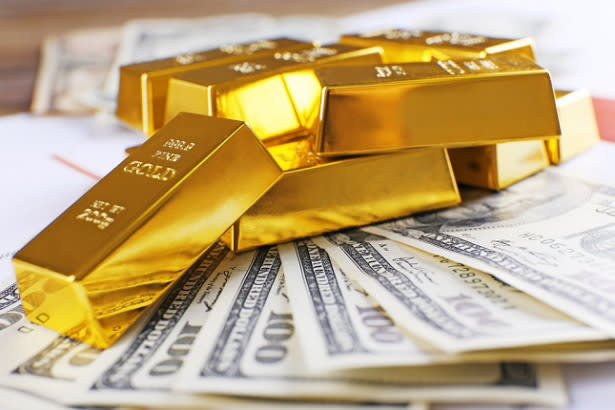 Gold Prices will Continue to Struggle Below $2,000 after Gold’s Roller-Coaster Move

Over the past few days, the yellow metal’s value dropped about 4.5% WoW to close at $1,953.90 .Still the precious metal is 24% up this year outperforming most global stock market indexes.

This previous trading week at the precious metal market could best be described as a roller coaster on the basis that it reached above $2,000 an ounce and dropped all of a sudden below $1,900 before stabilizing around the $1,950 price support levels.

Profit-taking and improved economic sentiments from the world’s largest economy made it challenging for gold to shine coupled with the U.S dollar surging from its near two years low.

Also gold’s price upward move in the last few days has been capped by the fact that higher U.S yields increase the opportunity cost of holding non-yielding assets such as gold and the pending U.S stimulus deal dented the bullion metal’s upward move.

Gold bulls have been raging relatively up in the mid-term as the yellow metal rebounded over $2,000 an ounce during the first week of August.

The bulls’ energy is coming from inflationary macros that include the U.S Federal Reserve pumping so much cash that will most likely boost inflation upward and keep the greenback’s value on the downside.

It should be noted that the precious metal had been on the rise since the era of COVID-19 began disrupting the world’s financial system at an unprecedented level.

In the coming week, it’s expected that gold traders will place their focus on the yellow metal’s critical psychological level ($2,000) any breach upward could push gold prices again to target record highs it set at $2,075 a few weeks ago.

However, unless there is a fundamental macro change, the most likely scenario is that the yellow metal will continue to struggle below $2,000, as market indicators show its already tilting towards an overbought position.

For a look at all of today’s economic events, check out our  economic calendar .