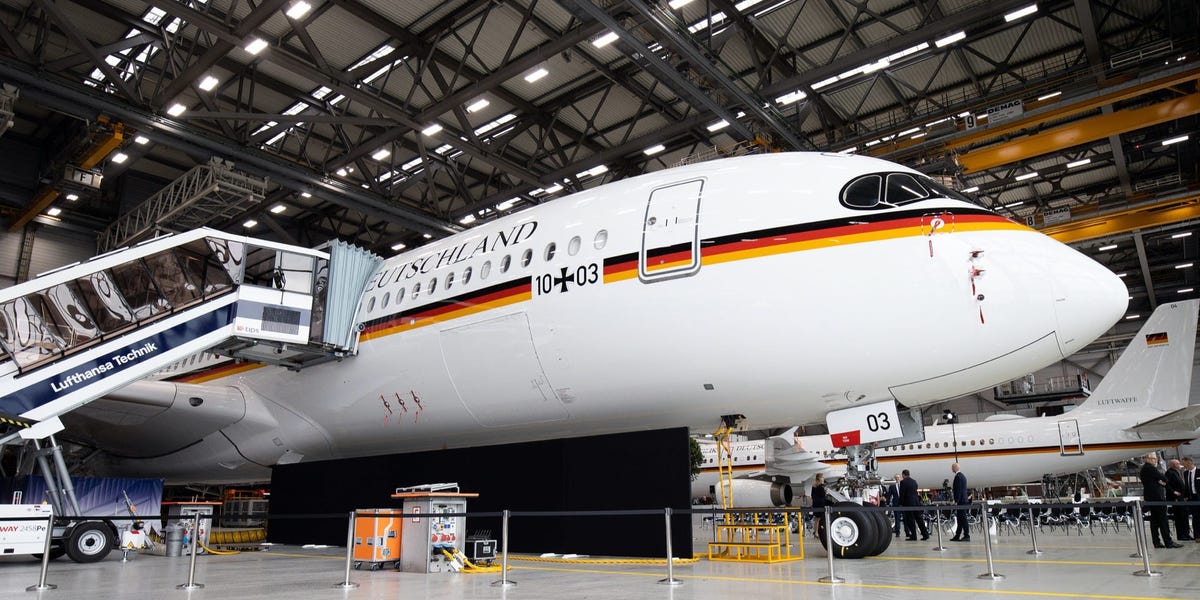 Lufthansa Technik on Thursday handed over the first of three A350s to the Bundeswehr – Germany’s armed forces – that will fly Germany’s top government officials around the world, including Chancellor Angela Merkel. The German government placed the order for the next-generation aircraft last year to replace its aging fleet of Airbus A340-300s jets that have served as aerial ambassadors since 2011, according to Airbus and planespotters.net.

The purchase followed a mid-air mechanical issue on the A340 fleet while Merkel was en route to the G20 summit in Argentina, according to Germany’s state-funded international news outlet Deutsche Welle, forcing her to fly commercial instead. Much like the country’s flag carrier, Lufthansa, the German government will benefit from the jet’s efficiency by trading in four engines for two and gain additional range capabilities of around 800 nautical miles, according to Airbus.

The A350-900 XWB is one of Airbus’ newest aircraft and has been rapidly growing in the long-haul fleets of airlines around the world with Germany being the first country to purchase the VIP variant for government use. As Germany is home to numerous Airbus production plants, parts of the plane were even manufactured in the country, although the final assembly took place in France.

Take a look at the new German “Air Force One.”

2020-08-23
Previous Post: Higher taxes? Deep cuts? Big borrowing? Could be all 3 as Murphy to reveal his N.J. budget plan.
Next Post: This San Francisco Business Has Been Hit With Covid-19, Wildfires, and a Burglary all at Once