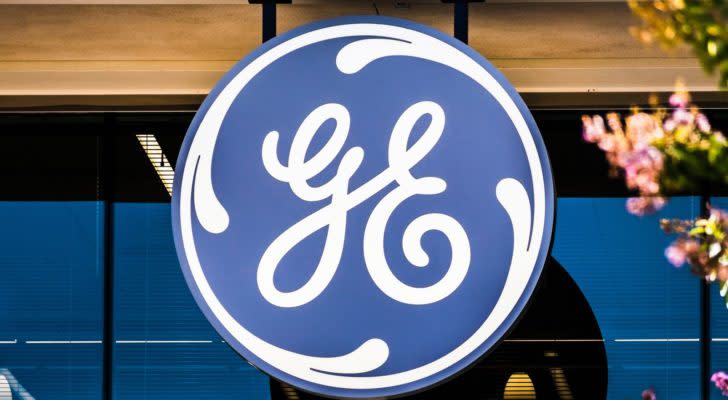 General Electric Has Had Setbacks, But GE Stock Is Likely to Rise

With demand for flights climbing and investors starting to internalize the idea that a vaccine for the novel coronavirus will likely be available soon, the near-term outlook of General Electric (NYSE:GE) and GE stock is positive.

Meanwhile, the company’s finances and its longer-term prognosis remain strong. As a result, I recommend that investors buy the shares at their current levels.

On GE’s second-quarter earnings conference call, CEO Larry Culp reported that the number of flight departures in China was down just 9% year-over-year (YoY) as of July, while the number of flights in both Europe and the U.S. were 45% lower. Culp noted that demand for flights in Europe had been increasing since the beginning of July, while demand for tickets had been increasing in the U.S. “until very recently.”

Through July, Aviaton’s commercial unit sales had fallen 50% YoY in 2020, while the number of repairs it carried out had dropped 50% YoY and its contractual billings had tumbled 60% YoY. Culp said that the overall departures of planes serviced by the Aviation unit and a GE joint venture had declined 43% YoY. He noted that the metric was generally improving.

Although those numbers are bad, it’s worth noting that they are better than what most people had expected in March, April, and May. Moreover, demand for plane tickets is generally rebounding in the world’s largest markets, and recently there was an important “green shoot” in the sector.

Specifically, setting a record for the pandemic era, the number of people checked by the Transportation Security Administration exceeded 831,000 on Aug. 9. In June, the number of airline passengers nearly doubled versus May, the TSA reported. Finally, there were 16 days in July “in which checkpoint visits exceeded 700,000.” Seven of the first nine days in August were above that level, up from zero such days in June.

Finally, GE stock should continue to get a boost from the market’s apparent acceptance of the idea that a vaccine for the coronaviorus is coming sooner rather than later. The market appears to have adopted that mindset in the wake of Russia’s recent announcement that it had approved a vaccine for the virus. On the day that announcement was made, GE’s shares jumped 4.2%.

I continue to expect airline traffic to rebound tremendously as soon as a majority of Americans receive a coronavirus vaccine, and I expect that point to be reached by the end of this year.

As of the end of Q2, GE had $41 billion of cash overall, while its industrial segment had cash of $25.4 billion. Additionally, the conglomerate had access to $20 billion of credit. $15 billion of its near-term debt was refinanced and now will not be due until April 2023.

Importantly, GE reiterated its target of reducing its overall industrial debt to 2.5 times EBITDA and predicted that its industrial free cash flow, boosted by cost-cutting, would be positive in 2021. It has lowered its overall debt by $22 billion since Jan. 2019 and by roughly $9 billion in 2020. Finally, GE still has a huge backlog of $381 billion, and its backlog actually rose 1% year-over-year.

Given these points, I think it’s clear that GE will certainly be able to survive until a vaccine is widely distributed or, in a less likely scenario, until the pandemic ends through the process of herd immunity.

The Long-Term Outlook of GE’s Other Businesses Remain Upbeat

In Q2, the company’s Power, Renewables, and Healthcare units continued to underperform the expectations that I’ve had for them since the pandemic started. But that’s largely because they’ve been more negatively affected by the pandemic than I had anticipated.

Deferrals of medical procedures have been hurting Healthcare, while Power and Renewables have been negatively affected by the postponement of scheduled outages and site visits.

But GE stated that cost-cutting measures are being implemented very quickly by its Healthcare unit, which has benefited from strong demand for products related to COVID-19. Once more medical procedures resume but many COVID patients are still being treated, the unit’s performance should be quite strong.

Moreover, GE’s revenue from Gas Power equipment increased by a double-digit-percentage level YoY. On a negative note, Power’s orders slid 84% YoY, driven “by constrained customer budgets and access to financing due to oil prices and economic slowdown,” according to GE. But the conglomerate still anticipates that it will “deliver 45 to 50 heavy-duty gas turbine shipments in 2020 and execute 95% of the outages that were planned for the year.”

Gas Power generated an operating profit, while GE reported that “onshore wind market growth continues to be supported by international demand and the U.S. extension of the production tax credits.” Specifically, “international onshore wind was a bright spot with orders up over 30% despite some delays in Europe as well,” GE reported.

Some of the Renewable unit’s orders were “pushed to the second half due to financing and permitting delays related to COVID-19,” GE stated.

In general, although the Power and Renewable units could be hurt by government budgetary constraints and COVID-19 for the rest of the year, their fundamentals are strong and will likely improve over the longer term. That’s because usage of gas and wind power are generally climbing, while those increases are likely to accelerate due to the increased electrification of transportation over the next decade.

The Bottom Line on GE Stock

The longer-term outlook of GE’s fundamentals remains quite strong, while it has more than enough cash to survive the pandemic. In the short-term, the shares should benefit from increased optimism about the pandemic.

Medium-term and long-term investors may want to buy a relatively small amount of the shares now and purchase more during a possible downturn of the stock market in the fall. In autumn, the pandemic could worsen in the weeks before a vaccine is widely disseminated.

Larry Ramer has conducted research and written articles on U.S. stocks for 13 years. He has been employed by The Fly and Israel’s largest business newspaper, Globes. Larry began writing columns for InvestorPlace in 2015. Among his highly successful, contrarian picks have been Plug Power, solar stocks, and Snap. You can reach him on StockTwits at @larryramer. As of this writing, he owned shares of GE.

The post General Electric Has Had Setbacks, But GE Stock Is Likely to Rise appeared first on InvestorPlace.