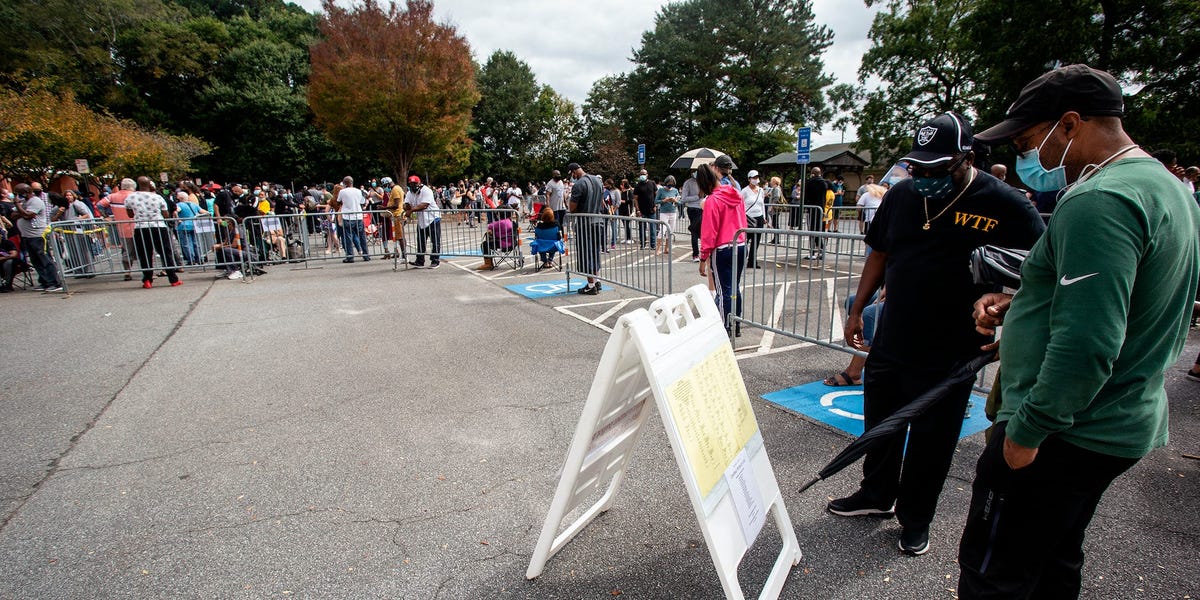 Voters across Georgia waited in hours-long lines on the first days of early voting on Monday.

Almost 7.6 million Georgians are registered to vote in the November election. Many have requested absentee ballots — at least 1.5 million – but for those voting in person, the first day of early voting meant waiting for hours to be able to cast their vote.

A reporter from the Atlanta Journal-Constitution uploaded a video on Twitter of voters in George Pierce Park in Suwanee that stretched all the way around the street.

Local news reporters and stations posted videos of residents waiting as many as 12 hours to vote in various counties.

Nate Mook, the CEO of World Central Kitchen, a non-profit that provides meals in the wake of natural disasters that also provided meals to voters waiting in line, said in a tweet that at 8 p.m. local time voters were still waiting to vote.

Election officials said the issue was with electronic pollbooks used to check voters, the outlet reported.

Steve Koonin, president and CEO of the Atlanta Hawks and State Farm Arena, told CNN that workers had to reboot 60 electronic pollbooks.

“I am very upset that we were put into this position, that’s why we required people on site, and I’m glad to say it got resolved quickly,” Koonin told CNN.

CNN reported that data from the company Catalist shows that votes in Georgia “more than doubled their pre-Election Day voting,” this year compared to the previous election.

Additionally, the outlet reported that 126,876 had voted on Monday and that 425,000 ballots have been cast in the past few weeks with mail-in voting.