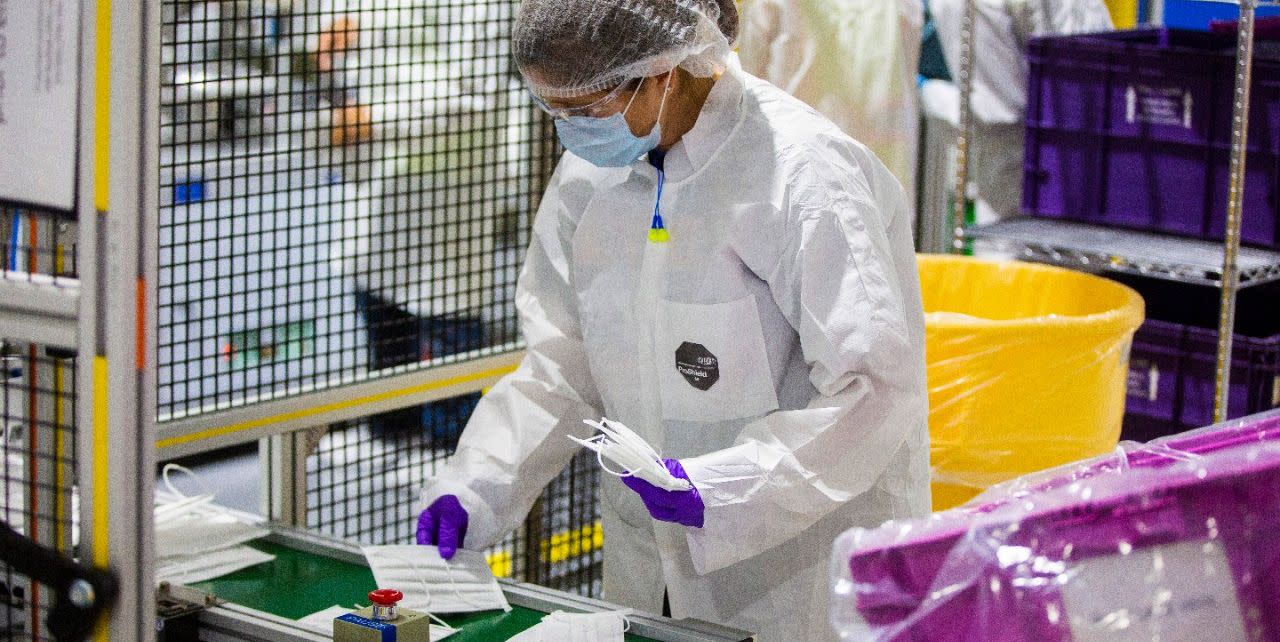 From Car and Driver

Ford is donating 1.5 million masks to the state of Michigan as part of the governor’s new MI Mask Aid program, which will see a total of 4 million face masks distributed to citizens as another way to keep the coronavirus under something resembling control in the state.

Gov. Gretchen Whitmer announced the new MI Mask Aid program during a press conference Friday morning, saying that the masks will be available to low-income residents, senior citizens, and schools. The Federal Emergency Management Agency (FEMA) will assist with mask distribution. So far, Michigan has seen 90,392 COVID-19 cases and 6289 deaths from the disease, according to the Detroit News.

Ford CEO Jim Hackett spoke at the press conference, saying that the automaker has produced over 72 million pieces “for lifesaving support” during the COVID-19 crisis, not counting the 1.5 million masks it is donating to MI Mask Aid. A million and a half face masks is about one week’s worth of production for the automaker, which shifted to making personal protection equipment (PPE) after COVID-19 changed the American economic and personal landscape in March.

Ford told Car and Driver that the 54 million face masks it has made so far have all been used internally by workers—until now. “We were able to make this donation because we have a surplus of masks from continued production to cover our workforce,” a spokesperson told C/D.

If Ford continues to make more than it needs for its employees, other states could benefit from the extra production. “We recognize there are many at-risk communities that have a growing need for PPE, such as masks,” the spokesperson said. “We’re connecting with our local and national nonprofit partners to determine the best way to address this urgent problem.” Ford also announced yesterday that its employee donation match program had raised over $1 million to support COVID-19 related relief efforts around the world, including programs in Brazil, India and South Africa. The fund also made donations to three non-profit agencies in Michigan, including United Way for Southeastern Michigan, The Pope Francis Center, and The Ark, an Ann Arbor folk-music club, which used the money for its “The Ark Family Room Series” livestream programming.

Other automakers are assisting with PPE production as the coronavirus continues to ravage the U.S. Toyota, for example, announced this week that it has partnered with the safety equipment company Bullard to increase that company’s ability to produce face shields, respirators and hoods at its Kentucky facility, but Toyota production lines were not converted to build Bullard products. Instead, Toyota helped Bullard figure out how to apply the Toyota Production System to its own production facilities. The result? Doubled production capacity for hoods and respirators and a 700-percent increase in production of face shields between March and April.

2020-08-16
Previous Post: As Film Festivals Go Online, a Competitive New Business Takes Shape to Support Them
Next Post: These money and investing tips can help your financial portfolio through any late summer storms