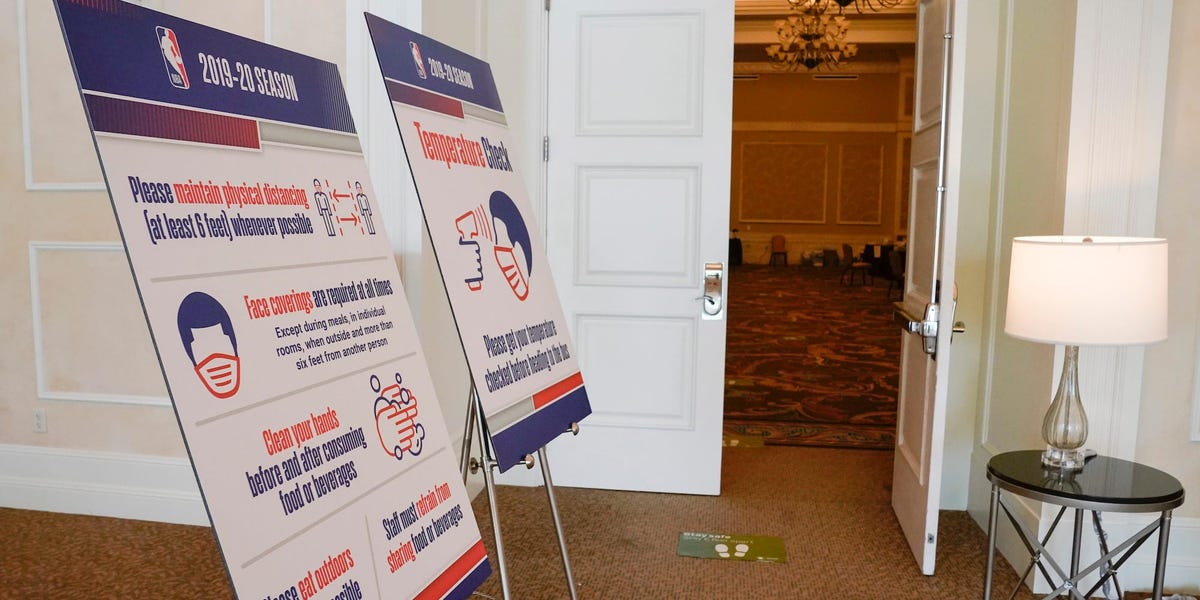 On Saturday, the US Food and Drug Administration granted emergency use authorization to a saliva-based test funded by the NBA and National Basketball Players Association to be available for public use, the agency announced.

The test was developed by researchers at Yale and jointly funded by the NBA and NBPA, ESPN reported.

Called “SalivaDirect,” the saliva-based test could be priced at an incredibly low rate. Experts told ESPN that the cost per sample could be as low as $4, but patients are more likely to end up paying between $15 to $20 dollars.

The test is also accessible and easy, and those tested could get results in a matter of hours, Nathan Grubaugh, one of the senior authors of the saliva studies told ESPN.

The saliva tests were given to NBA players and staff, along with regular nasal swab tests to compare the results. Yale researchers discovered that the results of both kinds of tests were nearly identical, according to ESPN.

ESPN also reported that Yale, the NBA, and the NBPA do not plan to charge royalties from administering the tests.

In April, the FDA authorized a saliva-based coronavirus test developed by researchers at Rutgers. ESPN reported that those tests cost patients between $60 to $150 dollars, but that the new SalivaDirect test removed the “extraction of RNA from samples.”

“(The Yale test) loses a little bit of sensitivity, but what we gain is speed and that it should be up to 10 times cheaper,” Grubaugh told ESPN.

2020-08-16
Previous Post: In lawsuit, Fortnite maker to test idea of iPhone as market unto itself
Next Post: Sarasota Herald-Tribune editor saved by kind writer’s letter