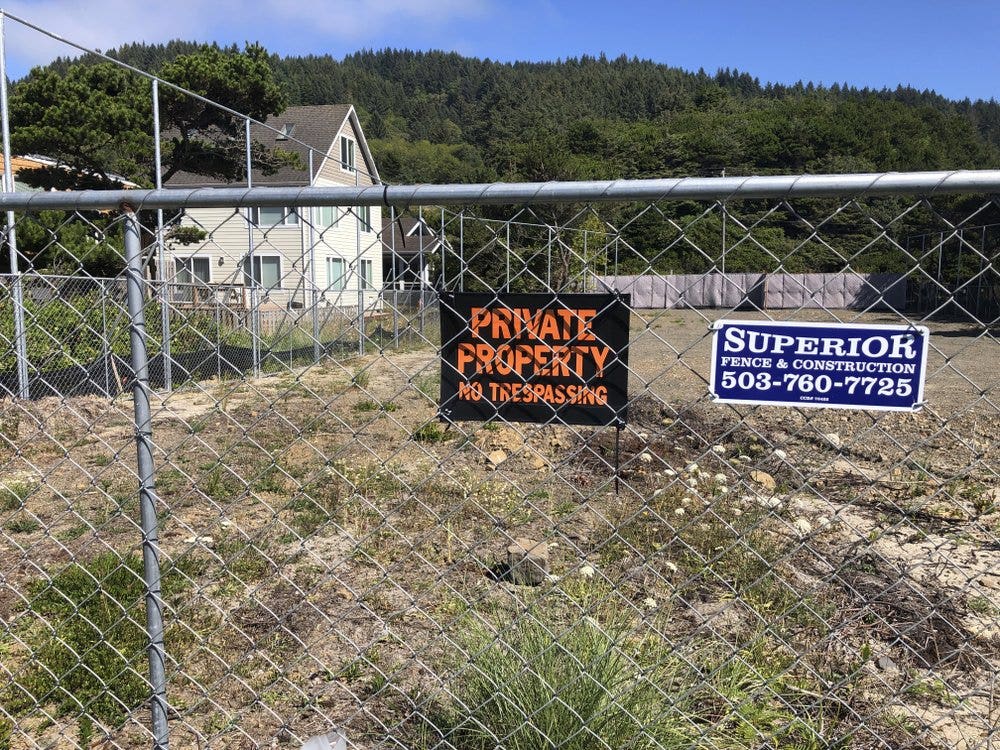 Gregg Smith Evolution VC Partners shares his thoughts on the upcoming election and why he likes certain stocks right now.

TIERRA DEL MAR, Ore. — Facebook’s effort to build a landing site in a village on the Oregon coast for a fiber optic cable linking Asia and North America has run into serious trouble.

First, a drill pipe snapped under the seabed. Workers left 1,100 feet of pipe, 6,500 gallons of drilling fluid, a drill tip and other materials under the seabed as they closed down the site, aiming to try again next year.

And then the Facebook subsidiary waited seven weeks before telling state officials about the abandoned equipment, according to the Oregon Department of State Lands.

Homeowners in Tierra del Mar, which has around 200 houses, no stoplights or cellphone service, had opposed the project from the start, pointing out that the land was zoned for residential development and that having a cable landing site threatened the character of their community and could invite similar projects.

Now they are furious, and political leaders are too.

Tierra del Mar, 65 miles southwest of Portland, is home to a mix of professionals and retirees who share a love of the unspoiled beach that is fringed with coastal fir trees and the deer, eagles and other birds that inhabit the area.

TRUMP SIGNALS PRESSURE ON ALIBABA, OTHER CHINESE COMPANIES AFTER BYTEDANCE

Facebook representatives had said Tierra del Mar was one of the few places on the U.S. West Coast suitable for the ultra-high-speed cable. It is to link multiple U.S. locations, including Facebook’s huge data center in the central Oregon town of Prineville, with Japan and the Philippines, and help meet the increasing demand for internet services worldwide, the company says.

Construction of the cable landing site was supposed to have been done in just a few weeks and completed by the end of April. Instead, the drilling will resume again in January — as long as the state doesn’t revoke the permit. Neighbors said the drilling was noisy.

Meanwhile, a lot the size of 10 tennis courts has been stripped of its trees, grasses and other vegetation and is now covered with gravel and concrete.

“It’s basically a parking lot,” Jeff Bryner, whose house is next door, said as he looked at the property.

The wide, sandy beach seems undisturbed. But under the seabed close to shore sits the drilling equipment, abandoned by a Facebook subsidiary, Edge Cable Holdings.

Lynnae Ruttledge, a retiree with a vacation home in Tierra del Mar, was one of the community organizers opposing the cable landing site.

“They left and didn’t disclose to anyone that they left drilling equipment that is now underneath our seabed. And there is no determination that that’s wrong, that that’s environmentally unsound,” Ruttledge said as she spoke on the weathered deck of her home.

Ruttledge and her husband, Ed, said they believe state agencies also share the blame, for being lax in vetting the project and in following up on the drilling accident.

The Department of State Lands has left it up to Edge Cable Holdings to provide an analysis of potential health, safety, and environmental impacts because of the presence of the abandoned equipment.

“It’s a travesty to me that they are allowing the perpetrator of the crime to tell people, ‘Oh, this is what the impact is going to be,’ ” Ruttledge said.

Department of State Lands spokeswoman Ali Hansen said the analysis will be reviewed by department staff and independent experts as necessary.

Political leaders say Facebook is wearing out its welcome.

State Rep. David Gomberg, a Democrat whose district includes Tierra del Mar, said he was initially neutral on the project and just wanted to ensure that, as it was going through the approval process, locals could pose questions to Facebook. Now he is critical of how the project has dragged on and of the delay in notifying state authorities that equipment was abandoned after the April 28 drilling mishap.

“Facebook has not proven themselves to be a friendly or cooperative neighbor,” Gomberg said Tuesday.

Gov. Kate Brown is not happy either.

In January 2016, Brown encouraged the Pacific Telecommunications Conference, which was holding its annual meeting in Hawaii, to consider Oregon as a cable landing site on the West Coast of North America.

But now Brown’s spokesman says the conduct of Facebook and its subsidiaries in Tierra del Mar is “unacceptable.”

“We expect state agencies will hold them accountable to the fullest extent allowed by Oregon law. This incident will also be weighed heavily in future permitting requests,” spokesman Charles Boyle said. “Oregon’s coasts and seafloor are not Mark Zuckerberg’s dumping ground.”

Facebook spokeswoman Monica Wik said an “environmental assessment” determined that it was better to leave the bore pipe 50 feet under the seafloor and that no negative environmental harm would result. She added that a retrieval attempt “is not an environmentally prudent option.”

The company intends to complete the cable landing site between January and April and will continue to follow the guidance of all relevant government agencies, Wik said by email.

The Oregon Department of State Lands has told Edge Cable Holdings that it must reach an agreement with the state on damages to be paid. Furthermore, within six months it must either remove the abandoned equipment — which is there illegally — without damaging the environment, or obtain an encroachment easement from the state that would allow the equipment to remain.

Failure to comply could result in termination of the easement agreement allowing the cable to be in the territorial sea of Oregon, Hansen said.

The state Land Use Board of Appeals is also considering an appeal, filed before the drilling accident, to rescind approval of the project.