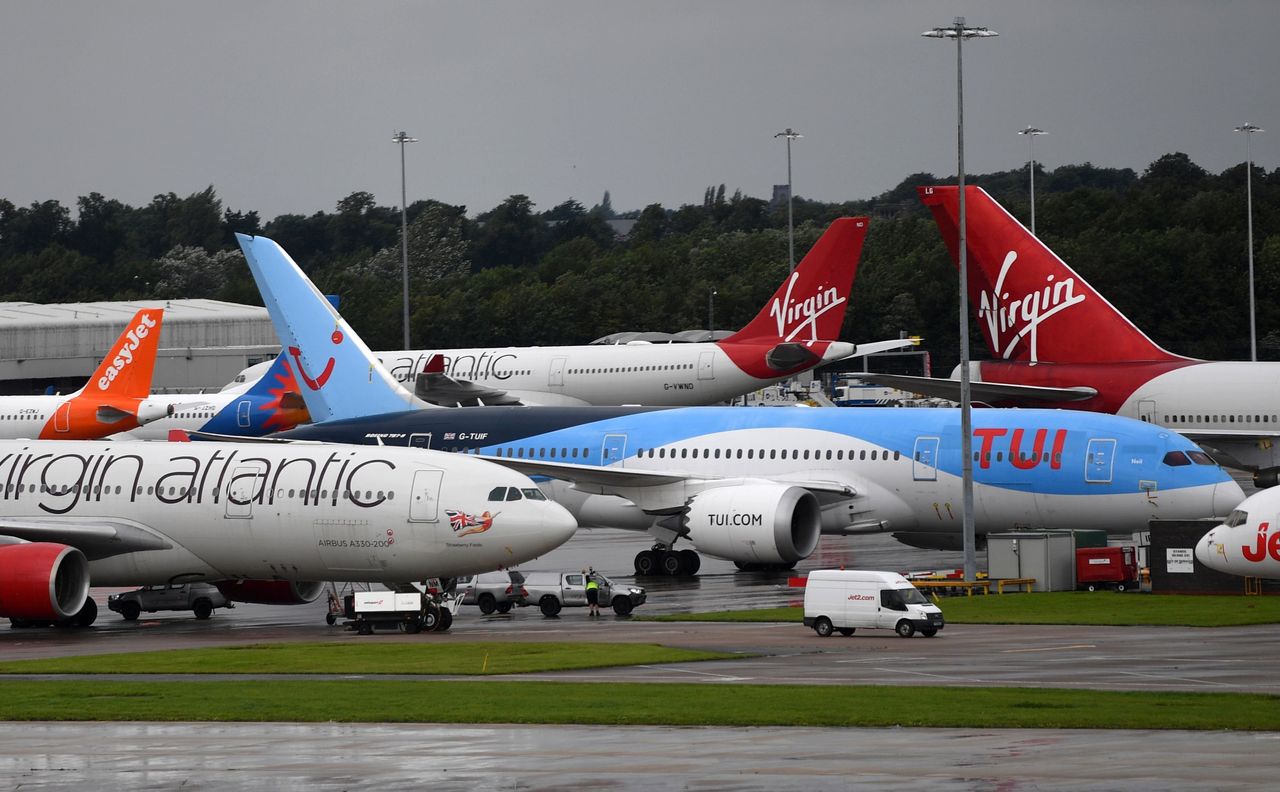 Continued delays and concerns over a fresh round of U.S. stimulus also weighed on sentiment, and investors were looking ahead to a meeting of U.S. and Chinese officials to discuss their trade deal on Saturday.

index fell 1.8% in early trading, while the French CAC

The U.K.’s decision to add France and the Netherlands to its quarantine list amid rising coronavirus cases hit travel and leisure stocks. From Saturday, travelers arriving in the U.K. from those countries will be required to self-isolate for 14 days. The latest blow to the travel sector saw airlines suffer heavy losses early on Friday, with easyJet

was set for a second day of substantial losses after disappointing earnings on Thursday.

It wasn’t just airlines feeling the effects of a decision that will likely lead to canceled flights and postponed holidays, as hotel chains Whitbread

were also among the sharpest fallers.

Chinese retail sales unexpectedly fell 1.1% in July, improving on June’s 1.8% dip but marking a seventh consecutive monthly decline. Economists had estimated sales would edge 0.1% higher but the surprise fall raised fears over China’s economic recovery. Industrial production continued to grow, however, rising 4.8% in July compared with the year-ago period, matching the 4.8% jump in June, but missing the FactSet consensus of a 5.1% rise.

“China was first into the coronavirus crisis and arguably one of the first to come out of its first phase, so the fragile nature of its recovery offers an uncomfortable view of the future for other countries,” said AJ Bell investment director Russ Mould.

shares fell, after the Mercedes-Benz owner said it had agreed a $2.2 billion settlement to settle civil investigations by U.S. authorities and class action lawsuits relating to diesel emissions issues.

2020-08-14
Previous Post: ‘Curbing powers to authorise tax surveys is a step in the right direction’
Next Post: The State of Entrepreneurship for Women Business Owners