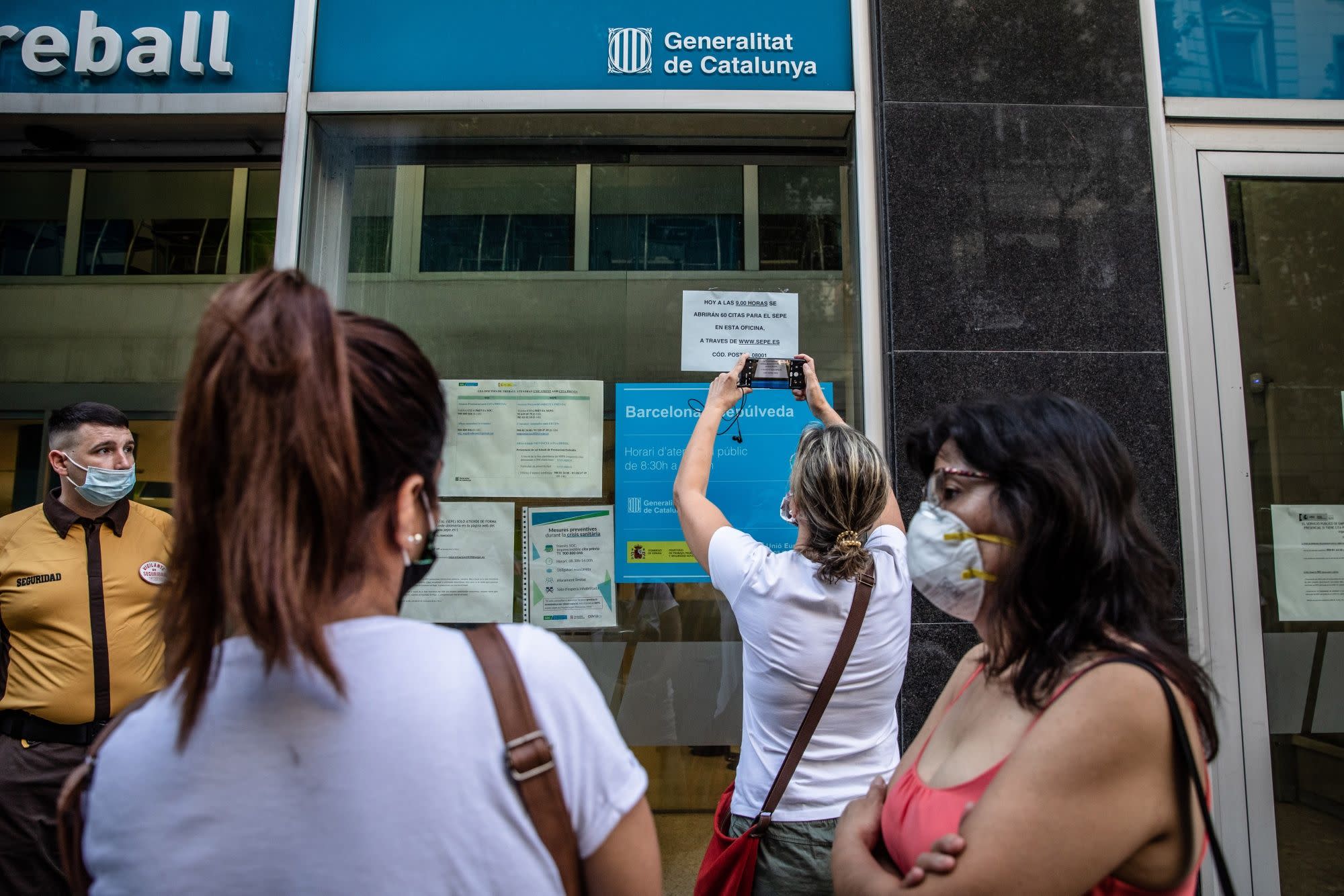 (Bloomberg) — The coronavirus pandemic has wiped out nearly half of the 12 million euro-area jobs created since the last recession, in another sign of the enormous damage wreaked on the economy.

Employment slumped by 4.9 million in first half of the year, almost all in the second quarter when the most stringent measures to contain the spread of the virus were in place.

More declines are likely. Generous furlough programs across the 19-nation bloc have so far contained the fallout on the labor market from a record economic contraction, with a rise in unemployment that is more modest than in the U.S.

Governments are now facing tough choices on how to wind down those programs though, as they weigh ballooning debt against the consequences of massive job losses for the economy.

Even the possibility of lost wages can cause consumers to increase their savings, undermining the recovery. The European Central Bank, whose monetary support pulled the economy out of a debt crisis and recession in 2013, predicts rising joblessness as not all people in short-time work schemes or temporary layoffs will return to their previous posts.

“European governments have bet vast sums on a swift economic recovery drawing furloughed employees back to work. The latest data show that progress is slowing, raising the prospect of mass lay offs in the second half of the year.”

In the U.S., with a similar population to the euro zone, employment is down more by than 12 million since the end of 2019.

The U.K. reported this week that payrolls have plunged by more than 700,000 since March. Chancellor of the Exchequer Rishi Sunak is planning to gradually phase out wage support there — though pressure is mounting to extend it — after spending 35 billion pounds ($46 billion) on the programs so far.

With the virus disrupting global travel, airlines are among the companies planning the most wide-ranging job cuts. Deutsche Lufthansa AG has set a goal of slashing 22,000 full-time positions and warned that compulsory dismissals are likely. Air France-KLM is planning thousands of job cuts to secure government aid.

German electronics retailer Ceconomy AG on Thursday announced plans to cut 3,500 jobs. A survey by the Ifo Institute showed this week that companies in Europe’s largest economy don’t expect business to normalize for another 11 months on average.

The euro-area economy as a whole shrank 12.1% in the second quarter, Eurostat said, confirming a preliminary reading from late July. That’s the deepest contraction on record, taking output back to 2005 levels.

The Netherlands reported an 8.5% second-quarter slump on Friday, and Portugal said its GDP plunged 13.9%.

Recent data have shown that a rebound is under way. Euro-area exports jumped 11.2% in June, according to a separate release.

Still, a rise in new coronavirus infections is underscoring the risk of a setback. Consumers — the chief drivers of the upturn so far — may remain wary, prolonging the recovery for sectors such as hospitality, tourism and performing arts.

The German Economy Ministry warned in its monthly report that the country’s recovery will only proceed slowly after big gains in activity in May and June as some export partners are still struggling to contain the virus.